After I made two trivets on the new machine, I decided it was time to make my master piece. FYI… it is not time for me to make a masterpiece, but heart will not listen to my brain. Hubby’s brain is trying to help my brain convince my heart, but apparently my heart has a few moves that outmaneuver the two brains, so they are having a devil of a time. I have decided to step away from the argument and let the two brains and heart have a go at it without me. I am in the kitchen hanging out with my stomach and a bag of cookies. 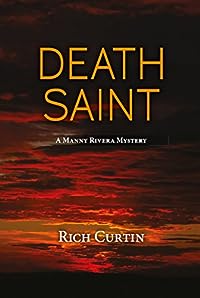 DEATH SAINT was selected as a Finalist for Best Mystery in the 2016 New Mexico/Arizona Book Awards.

New clues in an old, unsolved murder case lead Deputy Sheriff Manny Rivera from Moab, Utah, to a small, remote village in the mountains of northern New Mexico. With reluctant and sometimes non-existent assistance from the local sheriff, he enters a community of people unwilling to open up with him because of a centuries-old distrust of outsiders–outsiders were the ones who stole their land grant.

He slowly penetrates their hardened attitude toward strangers and learns about a series of bizarre events which took place there fifteen years ago. As layers of the case are peeled away, he begins to understand the complexities behind a number of mysterious deaths. Local cultural beliefs–superstitions, witches, evil spells, owl power, a secret religious organization, and a strange saint–stymie his progress, complicate his investigation, and threaten his life. 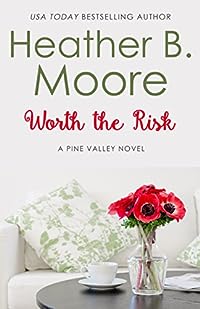 Worth the Risk (Pine Valley Book 1)
by Heather B. Moore

When Alicia’s former crush Jeff comes into work, he’s never looked better. But he already broke her heart once…

When Alicia moves back to Pine Valley to help her mom through a serious addiction, the last person she wants to see is her teenage crush, Jeff Finch, who destroyed their friendship in one single disastrous night. Alicia is determined to not let anything about Jeff affect her, especially since she hasn’t seen him in ten years. All she knows is that he’s living a successful and charmed life, and she is more than happy to keep anything between them in the past. But when he shows up with a date at the restaurant where she works, Alicia realizes she’s still not over her feelings, and Jeff is definitely looking at her in a way he never has before. 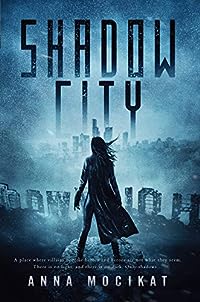 Los Angeles is an apocalyptic wasteland.

Without orientation, Colton stumbles through the vast, deserted city. He doesn’t remember who he is and where he came from. Scavengers save his life from mutants and bring him to the only remaining inhabited area and safe Zone in former Hollywood.

There he learns that after a devastating catastrophe called The Glitch, reality shifted, allowing nightmarish creatures from another dimension to enter our world. These co-called Dark Ones feed on suffering and violence, wanting nothing less than the complete annihilation of humanity.

Colton discovers that he has extraordinary abilities and joins a league of unusual defenders: ex-cop Eric, female cyborg Bombshell and Vincent, a mighty entity from another world, disguised as a human soldier.

But the Dark Ones are evil beyond imagination and with their ice-cold enforcer, the traitor Eurydice, they are a threat nearly impossible to overcome. Cunning and ruthless, Eurydice sets a ploy in action, which leads to the destruction of the Zone’s defenses weakening the tiny community from within. It’s up to Colton and his friends to take a desperate stand against the superior enemy and save what is left of humanity from extinction.

Fast-paced, action-driven, and cinematic – an eternal fight of good vs. evil told in a way as never before. 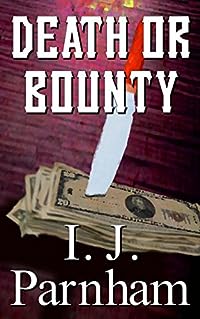 Spenser O’Connor’s luck has finally run out. After years of riding with Kirk Morton’s outlaw gang, he’s been caught and slammed in Beaver Ridge jail. The noose beckons. Then two bounty hunters, Nat McBain and Clifford Trantor, offer him a choice – die at dawn or help them track down Kirk Morton.

Not surprisingly, Spenser chooses to help them.

But this unlikely team soon discovers that Kirk is an ornery and ruthless quarry. Worse, they’re not the only ones after him and the other bounty hunters will stop at nothing to capture Kirk.

When the bullets start flying from all directions, it isn’t long before Spenser wonders if the noose might have been the better choice. 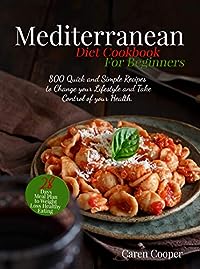 Do you want to lose weight while still enjoying your favorite foods?

Do you want to reap these benefits?

If you are looking for a diet that you can easily follow to improve your health, then the Mediterranean diet is for you! This diet has become a worldwide sensation because it can help you with all your health and weight loss goals.

The Mediterranean Diet Cookbook for Every Meal translates the famously healthy Mediterranean diet for home cooks with a wide range of creative recipes, many are fast enough to be made on a weeknight, using ingredients available at your local supermarket.

Even if you have no interest in the Mediterranean diet earlier, it is important for you to get this book.

As it often happens, you cannot always tell the exact thing that your body and soul truly needs.

The Author also identified the easiest, tastiest, and most uncommon diets for people on the Mediterranean diet, for people who are short of ideas of what to eat.

The book has a straight ten-day plan for diets you can eat on a Mediterranean diet.

It contains different breakfasts from Italy, Greece, and several other Mediterranean communities.

In this book we have covered the following range of topics and recipes:

Side dishes and appetizers Recipes

Along with an intake of fresh fruits and vegetables, you’re providing yourself tons of antioxidants, vitamins, and minerals to keep you in peak physical and mental health!

Start enjoying the appetizing foods you and your family deserve.