For readers who love novels with twists and turns that keep you on your toes, then author Anthony Ranieri’s World Football Domination series is just for you. Pick up your copy today and begin the adventure! 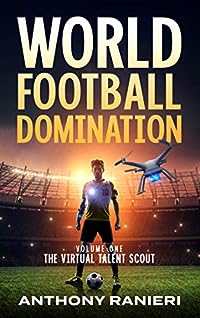 It’s 2050 and the start of the football renaissance. A revolutionary player development technology becomes the centrepiece for world sporting domination. Will the technology fall into the hands of rogue nations?

When Gunnar Grimsson’s player identification drone goes missing on the outskirts of Iceland’s Reykjavik airport, foul play and subversion are to blame. Ambitious nations bent on dominating world football at all costs embark on a mission to steal the revolutionary technology. Will Gunnar have the clout to protect his proprietary invention from his adversaries? He may stand a chance when he ushers the support of his Australian friend and football scout, Robby Denehy. 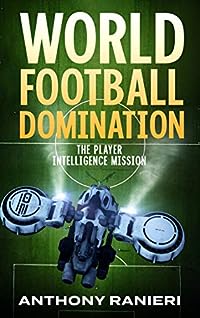 Desperate to win — Chinese operatives from the mission Ninjutsu project develop a spy drone to steal competitor information that will give them an edge during the tournament. But Gunnar Grimsson and his Icelandic technology, the player virtual identification system, have other ideas to thwart their bold move to dominate world football.

A new franchise for the drone technology, Colorado Glory FC becomes a target for the mission Ninjutsu operatives. Emerging, USA talent is driving their country as a contender for the 2054 World Cup.

This all happens while Harry Duwala rises to become a football prodigy for Australia and the nation’s best chance of outperforming at the World Cup are dependent on his remarkable talents.

The 2054 World Cup becomes a playground for new technologies as the sport advances further into the future with enhancements never seen before. Winning the tournament has become more political than ever as some nations stretch the boundaries to wrestle control and establish their credentials for world football domination.

Can Gunner thwart the domination of world football by scrupulous nations? 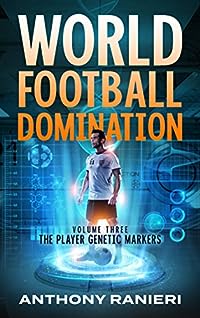 Genetic testing becomes the hallmark for player identification. A football prodigy burst onto the world scene. A rogue nation must be thwarted from stealing the new technology.

Harry Duwala rises to become a football prodigy for his country as he battles adversity in the English Premier League. He joins Celtic F.C. on a lucrative offer.

Gunnar moves into an ambitious project with an advanced proprietary technology that becomes controversial. Genetic tests to assess athletic performance characteristics for potential talented football players. He develops an indicator to predict an athlete’s ability to excel in football based on tracking genetic markers associated with speed, power, endurance, decision making and prowess.

Can Gunner thwart the stealth nation from their undercover mission to steal the proprietary technology and dominate the football landscape?

The Player Genetic Markers is the third book of the World Football Domination Series.

Pick up your copy today and take a glimpse of what the future of football beholds!