Yesterday was a fantastic day with the CNC machine. In just a few hours I was able to make a very cute wooden box with honeycomb patterns on the sides, and a sweet little beehive on the top. When hubby first bought us the machine I was very intimidated by it, but now that we have done a few experiments, and had a few successes, I am really enjoying it. It certainly helps that I have hubby learning with me. I get discouraged pretty easily and he is right there to help me out. Everything I have ever made in the past has had very little to do with computers, but half the project with the CNC machine is done on the computer. Let’s just say it’s not too uncommon for me to throw little hissy fits, and scream at the screen. The little box was a big win for me yesterday. Guess what my friends and family are getting for Christmas!! 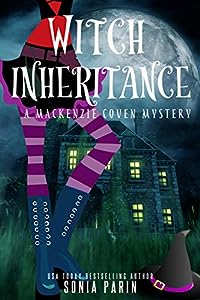 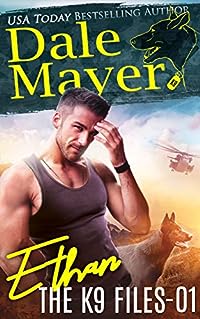 When one door closes… second chances open another…

Ethan was lost after a major accident abruptly shifted him from a military life to a civilian one, from working with dogs to odd jobs… In that time, he’d spent months healing from his physical injuries. When he connects with Badger and the rest of his Titanium Corp. group of former SEALs, Badger offers Ethan an opportunity he can’t refuse. A chance to do the work he used to do… with a twist.

Cinnamon works from home as a project manager plus is heavily involved in global dog rescues — dogs of all kinds. When Ethan walks into the next door’s vet’s office with an injured shepherd in his arms, she sees another lost soul — just like the canine ones she helps.

Ethan knows he’s about to take a dangerous step, but he’s on the job, and no one — on the job or not — hurts animals while he’s around. This poor shepherd has taken enough abuse, and Ethan fears she is only the tip of a nightmare he’s determined to uncover. But he knows she’s going to lead him in the right direction.
He has his sights set on saving one dog in particular, Sentry: K9 File 01.

If you were raised by a witch and imprisoned your whole life, where would you go to find your answers?
Rapunzel grew up within the safety of the witch’s walls. She could hear the children playing, people talking, boys teasing but was forbidden to know anyone. When she grew older, the witch moved her far from her beloved walled-in garden and imprisoned her in a tower. There Rapunzel remained until she betrayed the witch and was banished to wander the “world of men.”
Now on her own, Rapunzel must find a way to discover a life beyond her tower, a world the witch warned her of. Bewildered by the rules polite people follow, and stumbling over other fairytale stories, can she discover a way to make friends and stop roaming? When haunted by disturbing dreams, will Rapunzel find a way to free herself of the witch’s hold? 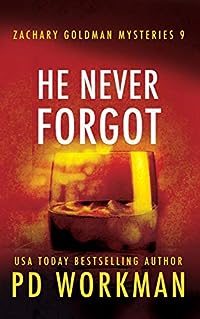 When Ben Burton hired Zachary Goldman to help him to find the house he lived in before he was adopted, Zachary had no idea it would turn into a murder case.

But as Ben’s fragmented memories start to fall into place, Zachary is driven to right past wrongs and bring the perpetrator to justice.

But Ben is not the only one who remembers what happened. 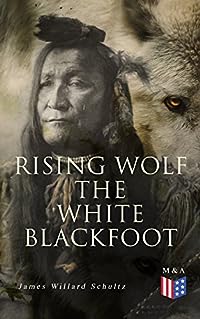 Rising Wolf the White Blackfoot: Hugh Monroe’s Story of His First Year on the Plains
by James Willard Schultz

“One of the greatest pleasures of my long life on the plains was my intimate friendship with Hugh Monroe, or Rising Wolf, whose tale of his first experiences upon the Saskatchewan-Missouri River plains is set forth in Rising Wolf just as I had it from him before the lodge fires of the long ago. At first an engagé of the Hudson’s Bay Company, then of the American Fur Company, and finally free trapper, Hugh Monroe saw more “new country” and had more adventures than most of the early men of the West. During the last years of his long life he lived much with his grandson, William Jackson, ex-Custer scout, who was my partner, and we loved to have him with us. Slender of figure, and not tall, blue-eyed and once brown-haired, he must have been in his time a man of fine appearance. Honest he was and truthful. Kind of heart and brave. A good Christian, too, and yet with no small faith in the gods of his Blackfoot people. And he was a man of tremendous vitality. Up to the very last he went about with his loved flintlock gun, trapping beavers and shooting an occasional deer. He died in his ninety-eighth year, and we buried him in the Two Medicine Valley, under the shadow of the cliffs over which he had so many times helped the Pi-kun-i stampede herds of buffalo to their death, and in sight of that great, sky-piercing height of red rock on the north side of the Two Medicine Lake, which we named Rising Wolf Mountain. It is a fitting monument to the man who was the first of his race to see it, and the great expanse it overlooks.”
Contents:
With the Hudson’s Bay Company
The Sun-Glass
Hunting with Red Crow
A Fight with the River People
Buffalo Hunting
Camping on Arrow River
The Crows attack the Blackfeet
In the Yellow River Country
The Coming of Cold Maker
Making Peace with the Crows