I don’t know what I am doing differently, but there are all sorts of new types of birds in my garden today. Maybe it’s because it’s my birthday. YAY ME!!! 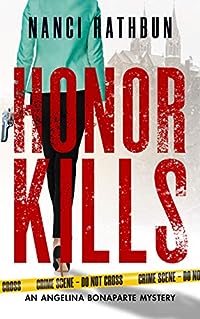 A missing husband. A suspicious obituary. She’s not the only one hunting down a dead man’s footsteps.

As a divorcee, Angelina Bonaparte knows firsthand the lengths some men will go to escape responsibility. When a worried mother wants the private investigator to track down her missing husband, she’s eager to bring the deadbeat dad to justice. But even after she discovers the man’s obituary, she refuses to believe it until she sees the body. Tracking down the nurse who last saw him alive could be the missing puzzle piece to her client’s broken family.

But as she digs deeper, she realizes there’s something darker at play than dodging child support payments. And she may not be the only one hunting the man down. To close the case and reunite her client’s family, she must track down the missing husband without falling prey to the same ruthless hunter. 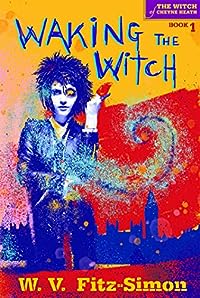 Waking the Witch (The Witch of Cheyne Heath Book 1)
by W. V. Fitz-Simon

She never wanted to be a witch, but when sorcerers threaten her loved ones, what else should the 20th century woman do? Slip on her favorite Siouxsie Sioux t-shirt, touch up her makeup, and bring down the house.

To Gosha Armitage, magic is a four-letter word, but in her mother’s world of witchcraft, words have power, power Gosha will sacrifice everything to acquire. When a murderous sorcerer masquerading as a New Age guru conspires to consume the life force of her best friend, the reluctant witch has no choice but to embrace her heritage, submit to her mother’s caustic authority, and descend into a clandestine world of magic and intrigue with only her wits, five spells, and her favorite lipstick to help her. After a lifetime denying her connection to witchcraft, will Gosha learn to trust her mother’s training in time to save her friend?

Waking the Witch is the first installment in The Witch of Cheyne Heath supernatural mystery series from author W. V. Fitz-Simon. If you like Absolutely Fabulous, Terry Pratchett’s Witches of Lancre, and complex mother-daughter relationships, you’ll love this arch and cozy spellpunk adventure. Buy Waking the Witch and step into the glamorous, enigmatic, dangerous world of Cheyne Heath today! 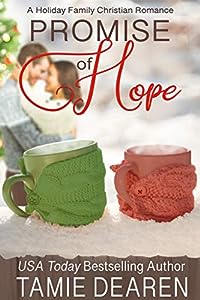 Can two Basset Hounds and and a nosy dad bring Haley and Gavin together, despite the tragic secret that’s tearing them apart?

At her mother’s insistence, Haley keeps her cancer diagnosis a secret from Gavin. For his own protection. Haley must hide the terrible truth from him… that she can never be the wife he deserves–a mother to his children. She disappears with no explanation, leaving both of them heartbroken.

Now, with her cancer in remission, Haley lands a job with Holiday, Inc., where Gavin works. She still loves him, but he’s moved on. Or at least she thought he had. Turns out he’s still single, and his dad puts Haley on Gavin’s team. She tries to keep her distance, but their Basset Hounds bring them together. She concentrates her efforts on hiding the truth… about her cancer and her feelings.

Can they get past years of hurt and distrust to find forgiveness and love?

This faith-filled romance tells the story of two believers struggling to find love and hope in the midst of adversity. If you love Hallmark movies, you’ll love this sweet happily-ever-after story by USA Today bestselling author, Tamie Dearen.
Grab your copy now!

FROM THE AUTHOR: This story involves serious topics, including eating disorders and cancer, which can be triggering for some readers. Each book in the Holiday Family Christian Romance Series includes a song, written and recorded for the story. Enjoy the series and the music! 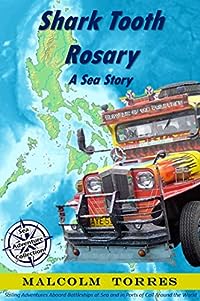 Christopher Marlow spends his free time in the ship’s library flipping through a book entitled The Geography of the Philippines. The glossy pictures of tropical beaches, rice paddies and erupting volcanoes makes him daydream about taking a grand adventure when his ship reaches it’s next port of call, Subic Bay, in the Republic of the Philippines. When the ship finally drops anchor, he heads for the bus station, determined to discover the mysteries of the Orient for himself. There’s only one small problem… in order to get to the bus station, he has to walk past a mile-long strip of bars and cathouses. This is one of the short stories in The Sea Adventure Collection, by Malcolm Torres. These stories are often free on Amazon, and they can be read in any order.

Blood is thicker than water… Except in the desert.

His brother’s accused of murder.
And he’ll do anything to keep the kid and his fiance safe.

But when they make a run for it, bounty hunters, Apaches and the combined might of the US Cavalry aren’t the worst things the trio has to worry about.

It’s the Mojave in July, a searing moisture sucking dust trap where Rip Campbell will have to use all of his wits and skills he thought he’d never have to use again just to keep them alive one more day.

Fans of clean classic westerns are going to enjoy swiping this wild west tale all night.