The Titan’s Plague series by Tom Briggs is an intense and intelligent science fiction series with a captivating plot filled with twists, turns, and surprises that will keep readers on the edge of their seat. enjoy! 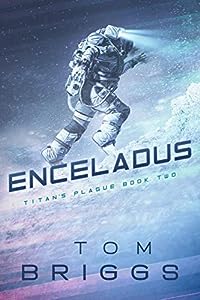 Pati Lynch escaped Karakorum and a prison sentence lasting through senior citizenship. With Joe Tate, she crash landed on the moon, Enceladus. To survive, they must carry their ship over an airless, snow-covered wasteland to their destination: an ice-mining station that needs workers, and does not ask questions.

But like any no-questions-asked organization, it has secrets. Now, Pati and Joe must escape the slave camp they’ve fallen into and return to Karakorum where they just escaped from.

And the extraterrestrials who instigated the mutiny on Pati’s ice-mining ship, and then railroaded her into a guilty murder conviction, they have their own plans for Enceladus. 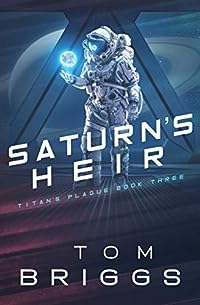 Pati Lynch escaped the slave camp on Enceladus leaving a trail of blood behind her, although, not of her hands this time. Unfortunately, she cannot return to Earth because the media report she provided on her alien experience has resulted in a quarantine of all who reside in the Saturnian system. And, because of the quarantine, the leadership of the Karakorum government has declared independence, driving a bigger wedge between Pati and her home. Are the people behind this action possessed by these same aliens?

She’s fallen into the hands of her brother-in-law, Kerry McLear. He’s one of the wealthiest and most powerful people in the solar system, and Pati killed his brother the year before. Yet, he not only wants to use his power to confront the aliens Pati discovered, he wants her help. Also, as his last legal relative, he wants her to join the family.

Will Pati accept the responsibility? Should she just rest and recover from the ordeal she just experienced on Enceladus? Whatever she decides, the extraterrestrials who want her dead are still looking for her. 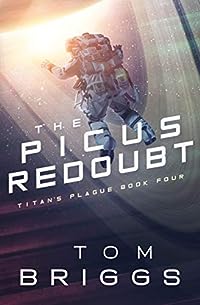 Pati Lynch is the prisoner of Harry Meldrom, the man who railroaded her into a murder conviction, and is admittedly possessed by an alien. He wants to deal because he’s concerned his people will be exterminated in a war with the humans, which he believes his leader is leading them into. Pati doesn’t believe he cares about the billions of human lives that would be lost; however, she needs to get back to Picus, and he arranges it.

He needs her because with the assassination of Kerry McLear, Pati has the strongest claim to inherit McLear Industries and the power that goes with it. The mayor of Karakorum declared independence despite a failed referendum, and announced McLear Industries property of the state. Without Pati, the remaining leadership on Picus would be forced to submit.

Pati’s problem becomes resisting the mayor’s hostile takeover. The mayor has recruited a military force, which nobody believes is just for parades. Karakorum has ten-times the population of Picus and there’s no expectation of repelling that army after it lands.

McLear Industries resurrects a mass launcher, which fires at speeds that will atomize invading ships. Pati resolved never to kill again after her ordeal on Enceladus, but now she’s a major player in world events. Can she keep that resolution and ensure humanity is not conquered by an alien invasion? 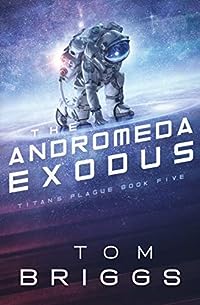 Another army is on its way. This one’s from Earth, they can’t be stopped, and all humans in Saturnian space are destined for repatriation camps in the asteroid belt.

This is what the alien leader is counting on. They plan to infect the invading army and reproduce geometrically when the army returns to Earth. Human bodies will exist, humans will not.

Returning to Earth for Pati Lynch is now a moot point. If she doesn’t stop the aliens, and the invading army, she and all she loves will be extinguished. Her only option is to deal with the alien in Harry Meldrom, and hope it’s not playing her for its own gains.