Dog’s obliviousness to the world around them is certainly what makes them entertaining and wonderful. Yesterday, on a cool misty afternoon, my friend and I went for a five mile hike around a cute little lake I haven’t been to in over twenty years. A few more little parking lots were added, but other than that not much had changed about it and that was quite reassuring. The pine needle covered path meandered around the lake, weaving through the redwoods, with beautiful spring blooms that were just starting to peak through. It was lovely. There were a lot of people at the lake, but it didn’t feel crowded at all and it was nice to see people out fishing, hiking, and just enjoying the day. There was one moment though that made the entire day for me, and I am still cracking up about it. There we were, two ladies and a dog, walking down the path enjoying nature, and at the same time a salamander decided that there was something very important on the other side of the path. Well, nature called and the pup answered, and stopped to pee. Part of that poor salamander’s back end was caught under the pups back leg, and could not avoid the horror he was about to endure.  The dog squatted just a bit, and no amount of wiggling that salamander did helped him avoid the hot shower. Until that moment, I didn’t know a salamander could have a pissed look on his face. A few seconds later the pup was done and trotted off down the path. The salamander was physically unharmed, but I really feel that the psychological scares will be around for years. 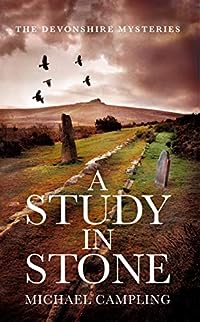 A Study in Stone: A British Mystery (The Devonshire Mysteries Book 1)
by Michael Campling

Burnt out by the pressures of corporate life, he escapes to the countryside. But when he least expects it, a chance discovery draws him into a compelling mystery.

An ancient legend, a coded message on a stone slab, and a secret concealed in a country manor house: these are the clues that take Dan on a journey into the past, delving deeper into a hidden history.
But reputations are on the line, and there are those who want the mystery to remain unsolved.
Uncovering the truth might give Dan the confidence to rebuild his life, but if he fails, there’s no going back.

Can you solve this very British mystery?

Find out when you join Dan as he chases down the clues in A Study in Stone.

The Devonshire Mysteries are traditional British mysteries in a modern-day setting.

These are cosy mysteries (or ‘cozy mysteries’ for Dan Corrigan’s trans-Atlantic fans). There’s a touch of dry humour and the stories pay homage to the legacies of Agatha Christie and Conan Doyle. You’ll always find a mixed bag of suspects, plenty of clues and a few red herrings, so that you could have solved the mystery if only you’d put two and two together.

Amateur Sleuth Dan Corrigan is quick-witted, driven and far too clever for his own good. Fortunately, his friend and neighbour, Alan Hargreaves, is the perfect foil for Dan’s intellect. Loyal, dependable and with a knack for detailed research, Alan keeps Dan on track, and together, they make an effective team. 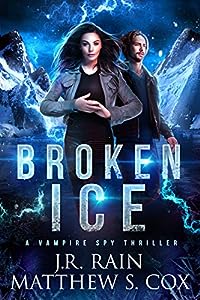 Mina Barrett is the CIA’s best defense against the Dominion. She’s young, charming, intelligent, motivated… and she’s a vampire. First in the “Immortal Operative” series of supernatural spy thrillers!

Twenty years ago, vampires revealed themselves to the world. Society hadn’t expected them to be real at all, much less a species entirely separate from humans. The government feared hostile foreign powers would also seek to exploit their psychic talents, and put out a call for recruitment.

After a childhood spent in isolation, Mina saw a chance for adventure and signed on the dotted line. Unlike the Dominion, she doesn’t feel humans are inferior creatures and works to stop others of her kind from enslaving them.

A deep cover asset discovers information that vampires want to keep out of human hands. The CIA sends Mina in to bring him — and his information — out alive. But the Dominion has their sights set on the secrets buried for centuries beneath a Siberian glacier… secrets that could reshape the world. 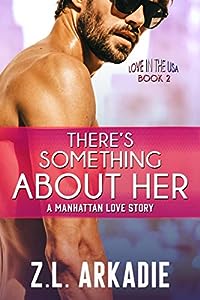 There’s Something About Her: A Manhattan Love Story (LOVE in the USA Book 2)
by Z.L. Arkadie

The LOVE in the USA series travels from Martha’s Vineyard to Manhattan in this unputdownable contemporary romance.

Maggie Conroy is your average city girl. She has good girlfriends, oodles of commitment-phobic losers to choose from and a crappy job that comes complete with a boss from hell. However, Maggie’s fortune changes when her billionaire cousin, Jack Lord, pulls some strings and lands her the job of her dreams. There’s only one major problem.

So what happens when the boy you hated in high school becomes your new boss? Maggie Conroy is about to find out. 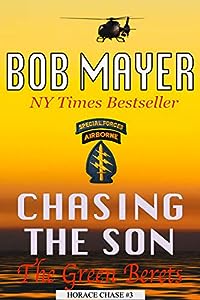 Chasing the Son (The Green Berets Book 9)
by Bob Mayer

Place, time and family. Three things that shape individuals. Sometimes with love. Other times with violence.

Former covert operative, Horace Chase, has just discovered he has a son; a son who fled the Military Institute of South Carolina a year and a half ago after being accused of murder. The victim is the grandson of the most powerful woman in Charleston, South Carolina, who has sworn vengeance.

Chase teams up with another former covert operative, Dave Riley, and one of Riley’s old CIA friends, Kate Westland, to find his son and uncover the truth. Barely into their investigation they become caught up in a land development deal for Daufuskie Island worth hundreds of millions.

Chase and Riley’s covert background has taught them many things, but the most valuable has been that nothing is ever as it appears as an old nemesis rears her head, hell bent on revenge against them both along with a good helping of greed.

And in the shadows hovers THE CELLAR, the agency that polices the world of covert operations.

One by one, the competitors for the land deal are being killed and the threat to Chase’s son grows. And nothing, not the present, not the past, and no one, are as they appear to be.

Who will be left standing? 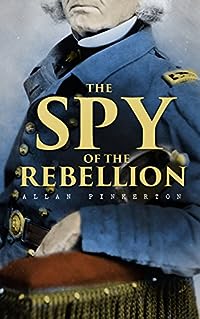 The Spy of the Rebellion: True History of the Spy System of the United States Army during the Civil War
by Allan Pinkerton

The Spy of the Rebellion follows the activities of Allan Pinkerton, famous American detective and spy, during events leading up to and during the American Civil War. By his own admission, in 1861 Pinkerton led a group of agents who foiled a plot to assassinate President-elect Abraham Lincoln. Later, under the pseudonym of Major E. J. Allen, Pinkerton was in charge of an organization which carried out an intelligence and espionage for General George B. McClellan. The book is filled with the amusing stories about spy work and methods used by Pinkerton to recruit and manage agents.