I For One Welcome The Lizard Lord

I have been saying for years how I thought it was strange that we do not have lizards in our neighborhood. I have NEVER seen one. I know they are around this area, because my friends, two miles away, have them in their yards. Today… a lizard moved into my front yard. I found him sunning himself on the giant rock I put at the top of the dry riverbed. I have never been so thrilled to see a lizard in my life. SO CUTE! Once again I have been validated as a gardener. Once you have a nature moving in, you know you have done well. Welcome lizard friend! 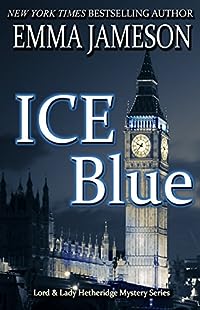 Anthony Hetheridge, ninth Baron of Wellegrave, Chief Superintendent for New Scotland Yard, never married, no children, no pets, no hobbies, and not even an interesting vice, will turn sixty in three weeks. With the exception of his chosen career, too sordid for his blue-blooded family to condone, his life has been safe and predictable. But then he meets Detective Sergeant Kate Wakefield – beautiful, willful, and nearly half his age. When Hetheridge saves the outspoken, impetuous young detective from getting the sack, siding with her against Scotland Yard’s powerful male hierarchy, his cold, elegantly balanced world spins out of control. Summoned to London’s fashionable Belgravia to investigate the brutal murder of a financier, Hetheridge must catch the killer while coping with his growing attraction to Kate, the reappearance of an old flame, and the secret that emerges from his own past. 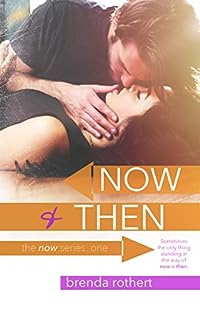 Now and Then (The Now Series Book 1)
by Brenda Rothert

Now Emmaline Carson has settled into her career as a graphic designer, though she’d rather be painting or shopping with her sister Layla. But then – in the years before she went to art school in Paris – she was a shy, awkward teenager with frizzy hair, a flat chest and a massive crush on the boy across the street, Cole Marlowe. Too bad her incredibly hot neighbor only had eyes for Layla.
Cole is now a confident, laid-back attorney who’s even hotter than he used to be. He’s planning to stay single while working his way up the corporate ladder – until he’s knocked off course by a chance run-in with Emma.
Everything is different between Cole and Emma now. He finally sees her in a way she only dreamed of, and their hot chemistry is fueled by a growing friendship. But Emma’s deception of her sister – who wants Cole for herself – and the secret Cole’s been keeping for more than a decade threaten to tear apart what’s only just begun. Because sometimes the only thing standing in the way of now is then.
**Warning** This book contains adult language and situations. 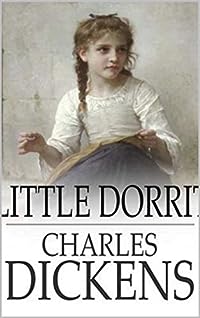 Little Dorrit is a novel by Charles Dickens, originally published in serial form between 1855 and 1857. The story features Amy Dorrit, youngest child of her family, born and raised in the Marshalsea prison for debtors in London. Arthur Clennam encounters her after returning home from a 20 year absence, ready to begin his life anew. 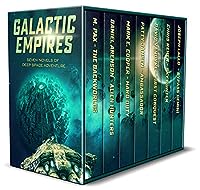 Seven full-length novels of adventure, war, intrigue and survival in the far reaches of space.

The Backworlds by M. Pax
A man struggles to survive in the harsh world of humanity’s outer settlements and prove his father wrong.

Ambassador 1: Seeing Red by Patty Jansen
To look an alien superior in the eye is a deadly offense. To accuse him of a political murder…

Alien Hunters by Daniel Arenson
A scruffy alien pest controller faces an alien threat the likes of which the universe has never seen.

Bypass Gemini by Joseph Lallo
A disgraced racer pilot gets mixed up with a mega-corporation. Now he has to stop them.

Sky Hunter by Chris Reher
Sent to a human outpost to investigate sabotage, a pilot finds more trouble than she bargained for. 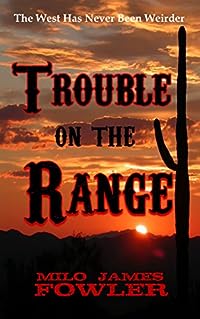 Trouble on the Range
by Milo James Fowler

Everybody starts out somewhere. For Coyote Cal and Big Yap, famous heroes of the Weird West, it was Trouble on the Range: 30 episodes of action-packed mayhem written by a 15-year-old kid with way too much imagination (and free time), filled with enough plot twists to make your head spin.

When Jack Jones’s ranch is overwhelmed by foul pests, he seeks out Coyote Cal and Big Yap for help. But our heroes run into their own trouble along the way, captured by a wicked fiend intent on taking over their 30-episode serial and making it his own. In the process, the author is also kidnapped, sending events spiraling out of control. As the plot unravels, unlikely allies must unite to save the day. Or something like that.