The Skid Young Adult Racing Series features well-developed characters, amazing plots, and a strong heroine with spunk. If you like character-based novels full of action with a sweet and believable relationship, then you’ll love Doug Solter’s totally original series. Enjoy! 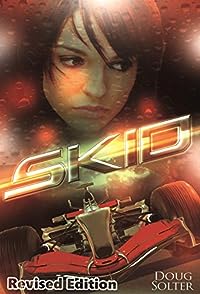 Samantha drove the car that killed her dad. Convinced she was spared for a reason, the 16-year-old dedicates her life to becoming what her dad always planned her to be, a racing champion. She convinces the owner of a Formula One team to take a huge risk on her.

Manny doesn’t like to make waves. His uncle owns the racing team, but the crew tease the boy like one of their own. Even the team manager orders him around like an intern. But that’s okay. The boy loves racing and dreams of one day designing his own racing cars.

But then Samantha came into his life. That spirited American girl who can make a 720 horsepower race car dance on a track. That girl who’s not afraid to tell the team boss to go kick himself. That girl who fights for a place on the team and never quits.

But Ferrari legend Emilio Ronaldo isn’t impressed with Wolert Porsche’s new “experiment” in racing. He’s an eight-time world champion. The best of the best. This man will not let a teenage girl take away what’s always been his.

Winning the championship will make Samantha a legend.

Losing will prove to the world that girls don’t belong in race cars. 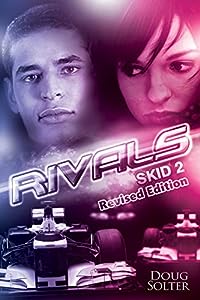 Will Samantha destroy herself? Racing in her second Formula One season, Samantha wants to prove she’s a future world champion. But what stands in her way? Her new teammate Emilio Ronaldo. Last season the man humiliated her. This season… it’s payback.

Emilio once thought Samantha was a joke… he was wrong. Emilio now wants to be Samantha’s mentor. But how? The angry young lady has shut him out. Patience is Emilio’s gift. But will he run out of time before Emilio can fix things right?

Manny is in love. Samantha is… well, she’s his everything. But during the season, Samantha changes. What the hell is going on? Manny doesn’t know and Samantha can’t tell him. If this keeps up… Manny will have to do something drastic. 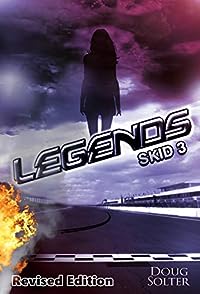 She only has eight races left to turn it all around. Only at the bottom does Samantha finally understand. She’s pushed everyone away. A comeback? That’s almost impossible. How can Samantha convince the team to believe in her again? And the competition on the track is fierce. Samantha needs an edge. But she has no idea where to look or anyone willing to help her find it.

Being around Samantha is awkward and difficult, so Manny distracts himself by working on his new experimental transmission. It’s revolutionary… but so far unreliable. Another welcome distraction is Hanna. She’s willing to help her ex-boyfriend forget all about Samantha. 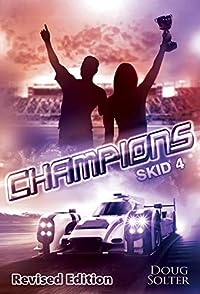 Is her spirit finally broken? Nineteen-year-old Samantha Sutton has risen to become one of the top drivers in Formula One, but that was before a horrible accident burned her face and broke her spirit. Now she questions herself, questions her future, and wonders if what she did to her father has cursed her for life.

Manny’s love for Samantha is unbreakable. He promises to support her, but his attention is diverted when a new threat promises to destroy the Wolert racing team forever.

Can Samantha gain her confidence back and win the world championship?

Will she even have a team to race for next season?