The Bunnies Are Multiplying!!!

So many bunnies! I certainly do not do things halfway. Yesterday was a day of being crafty. Hubby had worked so hard turning the garage into a great woodworking space, and I was finally able to fully enjoy it. With Easter right around the corner I got to work making bunnies and two cup holders. Yesterday’s lesson was you can not clear-coat your work while at the same time using machines that create a lot of saw dust. I’m going to spend the first part of this morning fixing those mistakes. No biggie though. I made a few pastel colored bunnies to go in the yard, a few bunny shaped bowls, as well as two Solo Cup cup holders. The last one was a special request from a friend. I love the special requests because I always learn a lot from them. Today I am going to make a bunch of little Peep bunnies, for who knows what reason. As soon as they are done I will post pictures of course!

Dan Roy is an elite Black Ops soldier. His life has been a never ending spectrum of action. Now, his soul needs a break.

He moves to London, looking to forgive and forget. But life has other plans for him. An old face from the past pulls him back into a vicious plot that ranges from London to Afghanistan. Dan agrees to help, but he is betrayed… His only confidant is Major Guptill, his old commander, who dies mysteriously. Dan rescues the Major’s daughter, Chloe, from certain death. Soon, Chloe and hims are chased by an evil force that spans countries and governments. As Chloe confides in Dan, he begins to care for her more deeply than his battle scarred heart can understand.

In a race against time to save the world from destruction, Dan and Chloe find themselves up against a terrifying terrorist attack. There is no one to help. When Chloe disappears, Dan has to fight with his back to the wall.

It’s the way he fights best.
Because failure is not an option… 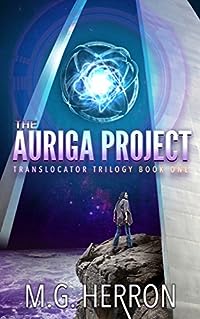 Hurled into the great unknown

Ripped from Earth and transported to a strange new world, archaeologist Eliana Fisk is taken captive by the leaders of a native tribe.

What do they want with her? She’s not sure, but they don’t seem friendly.

When she discovers evidence of an ancient sacrificial ritual, Eliana fears she’ll be next. Can she avoid becoming an offering to their bloodthirsty god?

And how in the worlds will she ever get back home?

You’ll love the fast-paced action in this science fiction thriller. It’s a harrowing tale of survival against all odds, and the gateway to an ancient alien mystery. 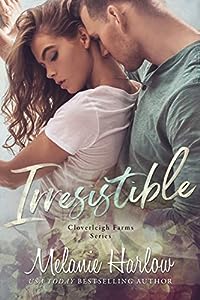 I’m a full-time single dad to three daughters and CFO at Cloverleigh Farms. I don’t have time to fall in love — I’m too busy trying to run a business, keep the red socks out of the white laundry, and get the damn pillowcases on without owing a dollar to the swear jar.

Sure, Frannie Sawyer is beautiful and sweet, but she’s twenty-seven, the boss’s daughter, and my new part-time nanny — which means she’s completely off-limits. It’s bad enough I can’t stop fantasizing about her, what kind of jerk would I be if I acted on the impulse to kiss her?

Actually, I’m worse than that — because I didn’t stop with a kiss, and now I can’t stay away. She makes me feel like myself again. She reminds me what it’s like to want something just for me. She’s everything I ever needed, but nothing I ever imagined.

I’m a former Marine. I should have had the strength to resist her from the start.

But I didn’t. And now I have to choose between the life I want and the life she deserves.

Even if it means giving her up. 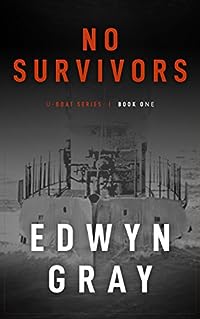 No Survivors: The U-boat Series
by Edwyn Gray

Mutiny or murder. These were the stark choices that confronted Kapitan-Leutnant Konrad Bergman. To go against the discipline and training that had been instilled in him from youth and disobey an order. Or to carry out the Fuehrer’s command and destroy his own comrades in an act of cold-blooded premeditated murder.

As commander of a U-boat, Bergman had always greedily accepted his orders, lusting after each of his kills with the relentless energies of a primitive predator. Now the harsh realities of war were proving to be somewhat different from the romantic dreams of his youth. But it was too late to change his destiny now.

In this book we focus on Japanese. The Easy Japanese Cookbook is a complete set of simple but very unique Japanese recipes. You will find that even though the recipes are simple, the tastes are quite amazing.

Here is a Preview of the Japanese Recipes You Will Learn: