My brain has informed me that I am not allowed outside today because of my extremely sunburned face. Now I want to go outside.  I’m such a brat I even rebel against myself. Problem is, I react to the sun like a Vampire. I repel back and hiss a bit as my skin snaps and pops from the light. HISSSSS (snap crackle pop)! Gross. Ouch, I just smiled at that thought and hurt my face. I tried staying in the shade, but there was always something in the sunshine that attracted me like a racoon to a metal trashcan filled with day old cake that was nicely wrapped in plastic wrap therefor not actually touching any trash. You get the idea. I will still eat the trash cake, but not if it has touched trash. I have standards. Oh Man… what I would give to eat cake in the sun right now. Maybe tomorrow.

Don’t forget to check out my other blog Pollen Patch to see what I have mischief I have been up to at home and in the garden by clicking here! 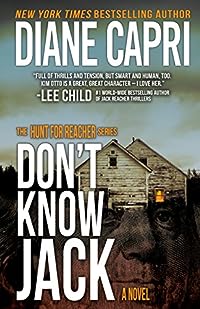 Fifteen years and twenty novels later, Reacher still lives off the grid, until trouble finds him, and then he does whatever it takes, much to the delight of readers and the dismay of villains.

Now someone big is looking for him. Who? And why?

Hunting Jack Reacher is a dangerous business, as FBI Special Agents Kim Otto and Carlos Gaspar are about to find out.

Otto and Gaspar are by-the-book hunters who know when to break the rules; Reacher is a wanted man, and a stone cold killer when things get personal.

But is he friend or enemy? Armed with disinformation, they intend to find out. Only the secrets hidden in Margrave, Georgia will tell them. 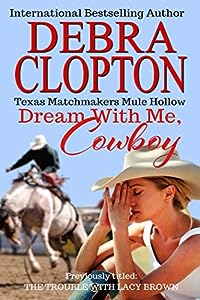 DREAM WITH ME, COWBOY: The Trouble With Lacy Brown (Texas Matchmakers Book 1)
by Debra Clopton

Love is in the air… and the hair — or so wacky hairstylist Lacy Brown believes when she swoops into Mule Hollow. The town placed an ad for wives, and Lacy’s salon is going to guarantee pretty ones!The moment cattleman Clint Matlock meets the spitfire stylist, he can tell she won’t last. Attractive women just don’t stick around dusty cow towns; his mom certainly hadn’t. But Clint never expects Tornado Lacy to set his emotions spinning. Perhaps the trouble with Lacy Brown is that her last name should be Matlock. 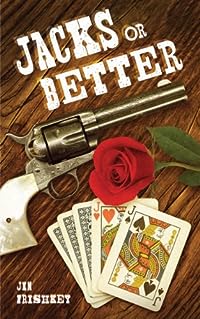 JACKS OR BETTER
by JAMES FRISHKEY

Based upon the Brando classic western “One-Eyed Jacks”, the outlaw Rio is on the run in the Northwest, determined to make his way back to Monterey and Louisa, the young girl he loved more than life itself and who was carrying his child. Every step towards his goal is obstructed by a determined bounty hunter who traces his journey from Oregon to San Francisco and local lawmen eager to take him down. 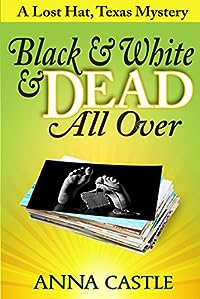 What happens when the Internet service provider in a small town spies on his clients’ cyber-lives and blackmails them for gifts and services?

Penelope Trigg moves to Lost Hat, Texas to open a photography studio and find herself as an artist. Things are going great. She’s got a few clients, some friends, even a hot new high-tech boyfriend. But when Penny submits some nude figure studies of him to a contest, she gets hit with a blackmail letter in her inbox. “Do what I want or your lover’s nudie pix get splattered across the Internet.” The timing couldn’t be worse, so Penny is forced to submit to the blackmailer’s demands. Then people start dying and all the clues point to her. She has to rattle every skeleton in every closet in Lost Hat to keep herself out of jail and find the real killer. 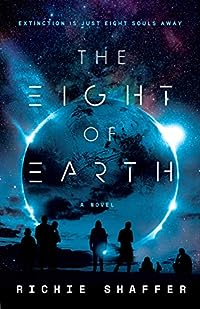 The Eight of Earth: A Novel
by Richie Shaffer

THE EIGHT OF EARTH are the only humans left in existence.

They were birthed from artificial wombs, a century after the extinction of mankind, on a world far from Earth, doomed to be the last of their race and surrounded by the alien citizens of the planet.

As Leo attempts to save the human race from its second and final extinction, he stumbles upon a mysterious Ancient vault that kickstarts a chain of events that will change the course of history.

Now, all Eight lives begin to spiral out of control as they encounter: century-old secrets, a debt owed to a ruthless crime lord, an incurable disease, a deadly jungle, the soul-crushing guilt of death, and a battle for one man’s mind.

They’re humanity’s second chance… but they have to survive Valenia first.