Where Did That Come From??

I just called a plant an idiot, felt bad, then apologized to it. I have a reached a whole new level of gardener crazy I didn’t want to achieve. 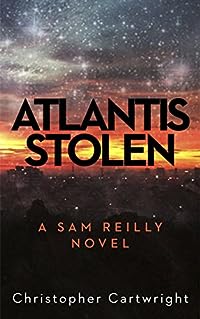 A civilization stolen from the history books.
A billionaire’s obsession to unlock its secrets.
A brotherhood determined to hide the truth.
And time is running out.

Only a handful of people know what destroyed the ancient Atlanteans, whose very existence is a secret that they will kill to protect. Unfortunately, the very same catastrophe that destroyed that once proud civilization is drawing near once more.

The question is, can marine biologist Sam Reilly discover the truth in time to prevent it?

A history professor in a tweed jacket, a cheeky Goth chick, and a pipe-smoking, book-hurling ghost. Put them all together in an antiquated library and, well…

Professor Jack Wood’s silver-streaked hair definitely ages him, and he can thank Killer Dawn for that. He won’t be falling into the love trap again anytime real soon. But this new librarian has him curious, with her head-to-toe black Goth garb, piercings, and a defiant attitude to match. Definitely not his type of girl, but still…

Abigail Stryker’s got her work cut out for her. The last two librarians didn’t last a month before airborne books chased them off. But Abby’s determined to make her new life a go-and to stay as far away from older men as possible. Once was enough. Might be tough to do when the library’s best patron is none other than dreamy-eyed Jack Wood. And it seems the eccentric ghost may have taken a shine to her as well. 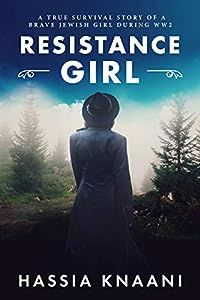 Resistance Girl: A True Survival Story of a Brave Jewish Girl During WW2
by Hassia Knaani

A heart wrenching story of heroic bravery and impossible love, deep in the forest, under the cruel Nazi regime.
Poland, 1942. Chaya is a seventeen-year-old daydreamer, whose life is turned upside down when the Nazi regime invades her home. When her father and brother are brutally murdered, she and her mother are banished to the ghetto.

When all the Jews of the ghetto are instructed to round up at the front gate, Chaya and her mother fear that the end is near. But miraculously, Chaya manages to slip away, escaping from the ghetto unseen. She wanders from hiding place to hiding place, suffering many hardships, assisted by good people who are willing to risk their lives to ensure her safety.

A chance encounter with a young partisan man from her town, and his inspiring stories of heroics, awaken in her a desire to join the fighting in the forest – a lone woman among dozens of men.

In this masculine world, which is no place for a female fighter, she seeks to fit in. Yehuda, a man she met in the forest, helps her to obtain her wish, and she becomes an integral part of the partisan uprising force.

Many fall victims to the long and hard months of fighting, but Chaya and Yehuda persevere, and develop a deep emotional connection through the struggles. Will they survive the inferno and regain their lives? 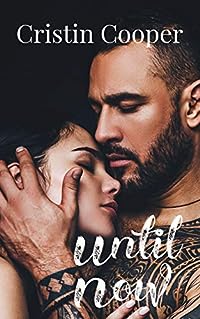 When a pregnant girl shows up at a Diner alone with very little money, she changes her life and that of the owner.

Then: Sixteen?year-old Bridget Larson was no stranger to heartbreak. When she found herself pregnant and alone, a flashing neon sign changed her fate. Bridget discovered the love and belonging she craved in strangers at a fifties?style diner.
Twenty-four-year-old Billy Hall struggled with his own grief. He was wandering Europe in search of his purpose in life when he received a call that would leave him saddled with his family’s diner. It was a noose around his neck until a pregnant teenager stumbled in hungry and scared. Inexplicably drawn to the girl, he had no idea the purpose he traveled the world to find was simply waiting for him to come home.
Now: After spending years repressing their feelings for each other, Bridget and Billy’s life is about to change again. The baby who brought them together is leaving for college today. Is she taking their last reason to stay in each other’s lives or giving them a reason to finally admit their love?

Until Now is the first book in the Until contemporary romance series. If you love friends to lover’s romance stories, then join Bridget and Billy as they grow up and grow together in this touching love story. 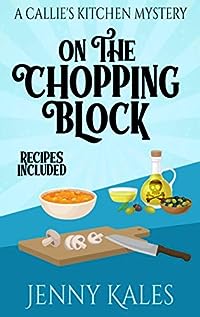 Running a Greek kitchen can be murder. First in a new cozy mystery series with recipes!

Calliope “Callie” Costas, Greek-American owner of Callie’s Kitchen in picturesque Crystal Bay, Wisconsin, is finally having some business success after a painful divorce. With her school-aged daughter thriving and her trusty Yorkie Koukla by her side, a new romance with a handsome bistro owner seems like the icing on the cake.

That is, until her new boyfriend is found dead… and she’s implicated as the prime suspect, putting her business into jeopardy. Soon, Callie’s situation is more delicate than her Greek egg-lemon soup. In addition to a tasteless killer, an expat detective with a devastating British accent has an eagle eye on Callie’s every move.

Can Callie help clear her name, save her beloved business and find the real culprit before she’s the next item on the killer’s murderous menu?