Afternoon Naps Are A Thing

Well good afternoon everyone. I would just like to say I have probably already said this at some time or the other but afternoon naps in college are totally a thing! I mean how else am I supposed to make it through Zoom University without taking a power nap in between my classes? Seriously that was not a rhetorical question if you have ways please share. – The Apprentice 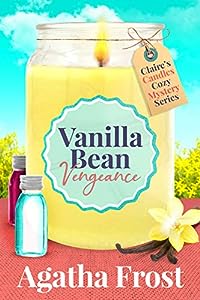 Claire Harris loves nothing more than crafting homemade candles. She has always dreamed of one day opening a quaint candle shop in her home village of Northash, but at thirty-five, she still can’t afford to take the risk. Stuck in a dead-end job at the local candle factory, and back living with her parents, Claire knows her life needs a shakeup.

The last place she expected change to come from was the factory itself, but when the owner is shockingly pushed to her death, Claire’s life is flipped upside down. She isn’t the only person in the village depending on the factory, so when the murder plunges the business’s future into uncertainty, Claire feels compelled to solve the crime.

With the help of her retired-detective father and closest friends, Claire uncovers a tangled web of conspiracies, cover-ups, secrets, and lies, but can she uncover the truth before her candle shop dream slips through her fingers forever? 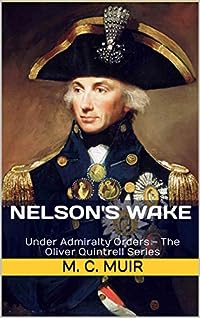 On 21 October, 1805, the British fleet under the command of Admiral Lord Nelson defeats the ships of the French and Spanish navies at the Battle of Trafalgar. But at an enormous cost – the death of Horatio Nelson.
After witnessing HMS Victory limp back to Portsmouth, Oliver Quintrell joins other officers and men mourning the loss of Britain’s greatest seaman. The funeral at St Paul’s Cathedral is an awful spectacle.
But the ramifications of the battle are far reaching and many post captains find themselves without a commission.
Surprised by his good fortune, Captain Quintrell is granted a command, a 50-gun ship anchored in Cork Harbour.
Within days he departs Ireland and heads south but without the support of his regular crew.
Confronted with an abandoned ship and a rogue officer Oliver Quintrell faces challenges he would never expect. 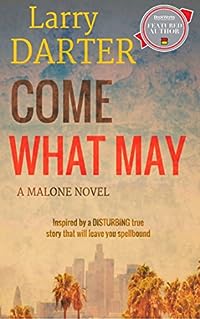 Come What May
by Larry Darter

Inspired by a shocking true story, Come What May, the debut book in the new Ben Malone detective mystery series, is a high-stakes thrill ride through the gritty underbelly of the City of Angels and a look at the darker side of human nature.

Ben Malone is a veteran Los Angeles Police detective with a bright future ahead of him. Or so he thought until he is caught up in a run of bad luck and his life starts falling apart. The worst of it, his unfortunate entanglement in a spate of fatal on-duty shootings at a time when activists are protesting the use of deadly force by police and rioting all over the country. On edge and questioning his judgment, Malone’s LAPD superiors speculate that he may be too quick to use deadly force.

Relieved from street duty, Malone is sequestered in Robbery-Homicide Division’s Cold Case Homicide Section to keep him under wraps while he undergoes department-mandated psychiatric evaluation.

Initially resentful over his reassignment to the cold case section, Malone’s attitude starts to change when he and new partner, Detective Jaime Reyes, come across the files of a cold as ice, 23-year-old unsolved murder case. The more they study the case, the more certain they become that the theory pursued by the original investigators was completely wrong.

Since the decades-old murder does not fit the unit’s criteria for reopening a cold case for active investigation, Malone and Reyes embark on an “off-the-books” investigation. 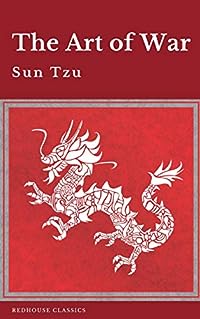 The Art of War
by Sun Tzu, Redhouse

The world’s most influential treatise on strategy

“The Art of War” is an ancient Chinese military treatise dating from the 5th century BC and is attributed to the ancient Chinese military strategist Sun Tzu. The text is composed of 13 chapters, each of which is devoted to one aspect of warfare and it is commonly thought of as a definitive work on military strategy and tactics. It was placed at the head of China’s Seven Military Classics upon the collection’s creation in 1080 by Emperor Shenzong of Song, and has long been the most influential strategy text in East Asia. It has had an influence on Eastern and Western military thinking, business tactics, legal strategy and beyond. 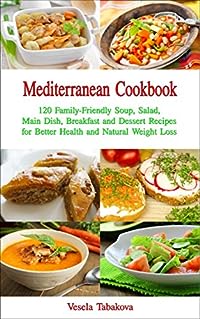 Inside her new cookbook you will find delicious salad, soup, main and side dish recipes, as well as snacks, dressings, dips and sauces that will help you lose weight, increase your energy, and prevent heart disease, stroke and diabetes.

If you’re looking for delicious everyday dinner recipes to help satisfy your family and your budget, this cookbook is for you!