Birds, Flowers, Not Me

The sun is out! The birds are out! The flowers are out. My back is out. So I can’t be out. NO FAIR!! 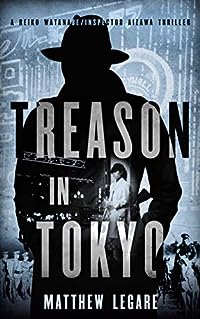 On New Year’s Day, one of the Emperor’s closest advisers is gunned down by the Red Terror Society, a gang of bank-robbing Japanese Communists. Police Inspector Kenji Aizawa and his geisha spy, Reiko Watanabe, are drawn into the investigation but soon find themselves swallowed by a fog of treasonous intrigue.

As Aizawa hunts down any leads, he must ally with Inspector Tezuka of the infamous Tokko, the Japanese Thought Police. Adding to his troubles is a budding romance with the daughter of his commanding officer, the moga Minori Miyake.

Meanwhile, Reiko enters the Japanese film industry and draws closer to a movie director who has ties to the Red Terror Society’s leader, the former actress Utako Natsume. Now a violent radical, Utako promises a bloody Communist Revolution and is secretly aided by an old enemy, operating from the shadows.

Despite the danger, Aizawa and Reiko unmask dark secrets about the Imperial Army, the Emperor, and themselves. The third book in the Reiko Watanabe/Inspector Aizawa series, Treason in Tokyo pushes Inspector Aizawa, Reiko Watanabe, and Japan itself, to the breaking point. 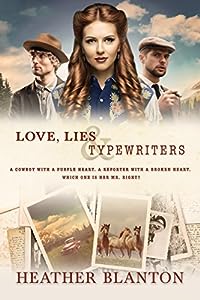 How Does a City Slicker Win the Heart of a Cowgirl?

To help sell war bonds at the height of WWII, New York Post reporter Bryce Richard is tapped to promote the fake romance of a decorated army veteran and a Wyoming cowgirl. But when Bryce falls in love with the lady, he must find a way to stop her impending wedding. Can a true greenhorn cowboy up to the challenge?

Lucy Daniels finally has the attention of her old high school crush. Even better, a national newspaper wants to promote them as a couple and use their budding love affair to help in the war effort. Lucy is head-over-heels… until she realizes her Prince Charming is the wrong Mr. Right, after all. It may be too late, though, to stop a fairy-tale romance that is spinning out of control.

A heartwarming romance worthy of the Hallmark Channel, Love, Lies, & Typewriters is a funny, inspirational story about real love and real courage at a transformational time in America. 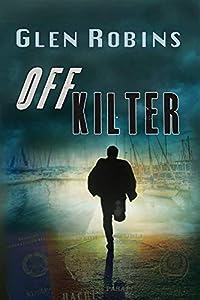 Off Kilter: A clean action adventure book
by Glen Robins

Do you enjoy a good, clean action adventure story without all the profanity, vulgarity, and salaciousness? If so, the “Off” series is for you.

Here’s what some readers have said about “Off Kilter:”
Customer Reviews:

“This was one of the best new author books that I have read in a long time. The plot kept twisting and turning and kept you on the edge of your seat.” – Marcia

“Great book! Lots of action and adventure. Great plot and characters. Couldn’t put it down.” – atabarac

“I loved this fast paced action adventure. It is well written with great characters. The story line is compelling and the action is like a roller coaster of excitement. The best thing of all though is that there is no swearing or unnecessary illicit sex. It takes talent to write a good story without extra garbage and Glen Robins has done it.” – MK

Next, the enemy targets him.

Collin Cook’s life gets turned upside down when his family is killed in an accident. A large settlement is coming while Collin is still reeling, but so is the nefarious Pho Nam Penh, who is hell-bent on destroying the world’s economy. Penh locks in on Collin as an easy target and his settlement as funding for his terrorist plot.

After Penh frames him, Collin has to stay ahead of Penh’s henchmen, Interpol, and the FBI. With the help of his lifelong friend and NSA cyber-guru, Lukas Mueller, Collin must stay alive and free long enough to save the world from Penh’s devious scheme.

Can this ordinary man, untrained and inexperienced, outwit a determined foe, escape the incessant pursuit of law enforcement, and keep himself from mental collapse?

In the first installment of the action-packed “Off” Series, Glen Robins takes you on a whirlwind adventure with the fractured Collin Cook as he navigates the dangerous maze of economic cyber warfare. And he’ll do it without the graphic language or gratuitous scenes so prevalent in today’s thrillers. 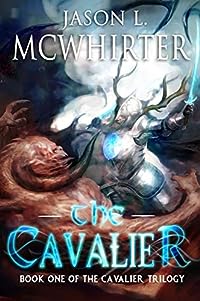 An ancient evil has awakened in the lands of Kraawn. An evil that threatened the lands long ago, now stirs deep in the Black Lands of the north.
Cavaliers, the guardians of the righteous, have long been the protectors of Kraawn. Trained in combat and blessed with the powers of the gods, these warriors roam the lands using their skills to fight back the power of the Forsworn, a trio of evil gods whose ultimate goal is to blanket the world in a mist of darkness.
But something has been slaying these warriors and now the lands of Kraawn are at risk, the path of invasion paved by the deaths of the only guardians capable of combating the dark powers of the Forsworn. But not all is lost. A young boy, a cripple raised in a small mountain town, will become Kraawn’s only hope.
Jonas Kanrene thought his life was limited to helping his mother survive in the desolate Tundren Mountains. Then one night a stranger arrives, a powerful cavalier, bringing with him hope, life,… and death, and becoming a catalyst for all the change that was about to dismantle Jonas’s world. Can the powers of good fight back the horde of evil amassing in the north? Can Jonas grow into the man, the warrior, the cavalier capable of stopping the Forsworn? One thing is certain. The lands of Kraawn will never again be the same. 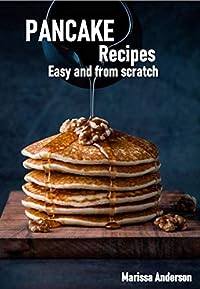 Pancake Recipes: Easy and from Scratch
by Marissa Anderson

Your search for tasty, perfect fluffy pancakes ends here. These are outrageously delicious and easy to make recipes. All I know is that these recipes are perfect you need to make them right now.
I have collected the perfect pancakes recipes for everyone to have perfect breakfast and even pancake-dinner. You have a great variety of recipes that satisfy all your needs. You’ll find the healthy blueberry flax Pancakes with Caramelized Bananas, the simple traditional fluffy recipes, while for bacon pancakes lovers you’ll find amazing bacon recipes like bacon-banana pancakes with buttery bourbon maple syrup, and so many other recipes ranging from the healthy to the gluten free, to the old-fashioned traditional pancakes.