For Easter I made a few fun bunny decorations on the X-Carve that I painted and added to the front yard, as well as made a few fun little gifts. I even made cute little Peeps that I put in my neighbors yard as little surprises.  You can see some of my little creations on my other blog Pollen Patch by clicking here. Now it is time to move on from bunnies. I’m thinking chickens and flowers. I want to stay in the happy Spring time theme.  I no longer have chickens, because of the horrid rat problem we had, but no one said I couldn’t have fake chickens! 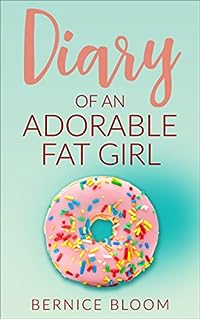 Diary of an Adorable Fat Girl: Book One
by Bernice Bloom

BOOK ONE: Mary Brown is funny, gorgeous and bonkers. She’s also about six stone overweight. When she realises she can’t cross her legs, has trouble bending over to tie her shoelaces without wheezing like an elderly chain-smoker, and discovers that even her hands and feet look fat, it’s time to take action. But what action? She’s tried every diet under the sun.
This series is the hysterical story of what happens when Mary joins ‘Fat Club’ where she meets a cast of funny characters and one particular man who catches her eye.

The stories are laugh-out-loud funny and will resonate with anyone who has dieted, tried to keep up with any sort of exercise programme or spent 10 minutes in a changing room trying to extricate herself from a way too-small garment that she ambitiously tried on and is now completely stuck in. 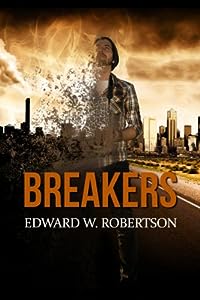 In New York, Walt Lawson is about to lose his girlfriend Vanessa. In Los Angeles, Raymond and Mia James are about to lose their house. Within days, none of it will matter.

When Vanessa dies of the flu, Walt is devastated. But she isn’t the last. The virus quickly kills billions, reducing New York to an open grave and LA to a chaotic wilderness of violence and fires. As Raymond and Mia hole up in an abandoned mansion, where they learn to function without electricity, running water, or neighbors, Walt begins an existential walk to LA, where Vanessa had planned to move when she left him. He expects to die along the way.

Months later, a massive vessel appears above Santa Monica Bay. Walt is attacked by a crablike monstrosity in a mountain stream. The virus that ended humanity wasn’t created by humans. It was inflicted from outside. The colonists who sent it are ready to finish the job–and Earth’s survivors may be too few and too weak to resist. 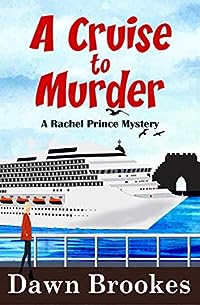 I was totally hooked from the first page…

Rachel Prince is looking for solace on her first cruise. What she’s not expecting is murder…
Newly qualified police officer, Rachel joins her best friend and cruise ship nurse, Sarah Bradshaw for a relaxing holiday on board the fictional Coral Queen. The voyage turns out to be far from the rest she was expecting after she meets an elderly widow and Rachel soon becomes embroiled in a surprising murder investigation.

With a murderer on the loose and a secretive handsome stranger, it’s not only her life at risk, but also her heart. Rachel and Sarah try to assist the eccentric widow, Lady Marjorie Snellthorpe after a fellow passenger is killed.

As danger looms in this Mediterranean adventure, Rachel must discover who she can trust…

A Cruise to Murder is the first instalment in a ‘not so cozy’ cruise ship mystery series.

If you like a well-developed plot with plenty of red herrings, then you’ll love this series starter.

You don’t have to like cruising to enjoy this book, but if you do, you’ll get a double dollop of pleasure. 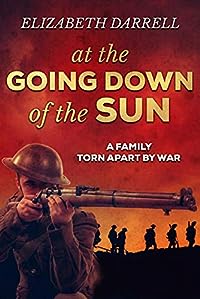 The Sheridan brothers pursue the pastimes of the rich and talented in the idyllic village of Tarrant Royal, unaware of the coming war that will test their courage and family loyalty to the limit.

Roland, an aspiring surgeon, believes his duty lies in remaining as squire of his Dorset village. But charges of cowardice force him into a conflict his conscience cannot condone.

Rex, a womanizer and daredevil aviator, dons the RFC uniform. As time passes and he becomes an ace over the skies of France he knows that one day soon his luck must run out.

Chris, a brilliant scholar about to enter university, is driven to enlist by a scandal which shatters his golden future. Hopelessly unfitted for battle, he faces the carnage of Gallipoli not caring whether he lives or dies.

In Elizabeth Darrell’s richly detailed, mesmeric novel the Sheridans live, love and fight for survival like the sons of all families caught up in a savage war which changed the old ways forever. 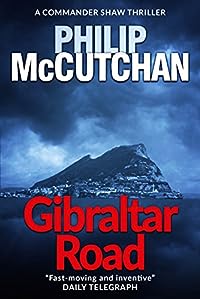 A phone rings in a London flat. A little later an Admiralty physicist disappears from Gibraltar, and a body is found washed up against its shores…

Deep below Gibraltar’s Rock, a secret, auto-powered nuclear fuel-production unit throbs and hums as its builds up a store of AGL SIX, a dangerous new motivating-agent for the British atomic submarines to be based there. This fuel unit has developed a fault. Allowed to overrun beyond a certain point, it will produce the biggest atomic blast since Hiroshima. Only Ackroyd, the persecution-complexed inventor of the unit, can stop it. And Ackroyd has disappeared…
Commander Esmonde Shaw, R.N, of the Naval Intelligence Division wants to get out and settle down with a house in the suburbs. Unfortunately for Naval Intelligence’s finest secret agent, these peaceful plans will have to wait. Shaw establishes that the physicist has fallen into the hands of foreign agents operating from Spanish territory. Shaw’s job is to get Ackroyd back to Gibraltar before the Rock blows up — and before Ackroyd is smuggled out of Spain…
As Shaw wanders rounds the Spanish streets, he catches the heavy odour of a well-remembered perfume. Karina Czercov, the most dangerous, beautiful woman behind the Iron Curtain, is caught up in this intrigue. Something in the air tells them that this encounter was going to be a fight to the finish… 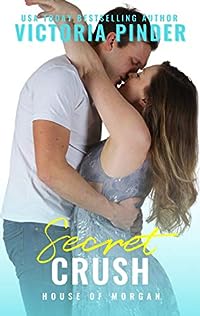 He wouldn’t kiss her again…

“I’m attracted to you and that’s something my brother and the world doesn’t need to see.”

Billionaire FBI agent John Morgan returns for his father’s funeral, igniting his interest in his sister’s best friend, and getting them both in danger.

For some, joining the FBI is a long-term goal. For billionaire John Morgan, joining the Bureau is a stepping stone to proving his father is culpable for his sister’s death. After his estranged father dies, John is forced to return home and face the ghosts of his past. But that proves to be more difficult than he ever imagined.

After losing her best friend under inexplicable circumstances, Alice Collins’ world view shifts until her small town sensibilities convinced her to attend Mr. Morgan’s funeral. Soon, the past and the present collide, and Alice is caught in the crosshairs. But when John comes to her aid, it only serves to complicate matters for both of them.

Can a handsome billionaire on a vendetta fall for a small town girl… or does he have something else in mind?