Hubby and I were sitting on the patio enjoying the garden and watching the birds hop from branch to branch, chirping away. It was a very relaxing end to a hard day. After a moment of quiet in the conversation, hubby said, “You have a ton of garden statues, it’s crazy!.” Just from our seat I could see it was a bit crowded with Gnomes, glowing solar mushrooms, metal dogs, cats and various bugs, a dancing bear, bird houses that have never been used by birds, and countless lanterns of various shape and sizes. I cringed a bit and thought he might be right. I said I agree and ran off a list of some of the items I could probably get rid of. Each item on the list I mentioned, he pushed back and said, “No.. not that one.” He doesn’t want to get rid of any of them. I thought about it for a second and realized that he had bought most of them for me. WAIT A SECOND! I don’t have a problem buying garden statues… HE DOES! This realization quieted him down a bit. I am pretty sure I could buy a whole Gnome village right now and he wouldn’t say a word. I’m not going to, but I could. 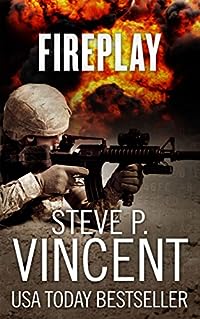 A chance lightning strike. A reporter in the right place. A scandal that will rock America.?

Journalist Jack Emery has seen it all. Embedded for the New York Standard with the 8th Marine Regiment in the heart of Afghanistan, he has covered everything from firefights to the opening of new schools. But nothing has prepared Jack for the story that is about to explode right in front of him.?

When a convoy Jack is riding in is attacked by a lone zealot, Jack asks a question that puts him on the path to a sensational story. But he’ll soon learn that his struggles to find the hook are nothing compared to the dangers of getting it out.

The explosive Jack Emery series has been likened to Tom Clancy, Vince Flynn and David Archer. If you like breakneck pacing, non-stop action and twists that will leave you gasping, then you’ll love Steve P. Vincent’s bestselling books. 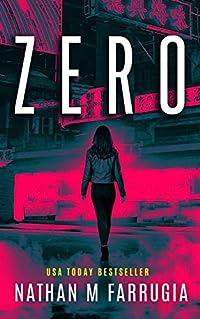 A trainee spy. A washed-up operative.
A doomsday cult with a city to burn.

Xiu thinks her recovery mission is leading her to the middle of nowhere, but when she reaches a derelict city on the Chinese border, she finds a seasoned operative with only a pistol, twenty rounds and a broken heart.

Cut off from the rest of the world, Xiu and her new, begrudging mentor face an unimaginable enemy: a paramilitary apocalypse cult with room for two, and irradiation for two million. 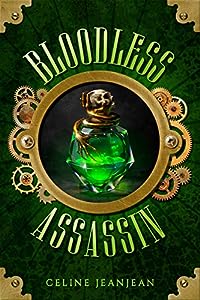 The Bloodless Assassin: A Quirky Steampunk Fantasy Series (The Viper and the Urchin Book 1)
by Celine Jeanjean

An assassin with a fear of blood.
A mouthy street girl.
Are they really the city’s only hope?

Being Damsport’s most elegant assassin is hard work. There are devilish poisons to concoct, secret identities to maintain… and tailoring to consider. But most importantly Longinus must keep his fear of blood a secret or his reputation will be ruined.

When Rory discovers Longinus’s blood phobia, she makes him a deal. Train her, and she won’t ruin his reputation.

What she doesn’t expect is that her new master has more eccentricities than a stray dog has fleas.

And that in aligning herself with him, she now finds herself in the crosshairs of another, far more dangerous assassin.

Now, not only does Rory have to keep herself and Longinus alive, she has to stop a conspiracy that threatens to bring the city to its knees.

It’s even harder with Longinus under the delusion that he’s the hero of the story. That would be funny, if it didn’t make Rory want to throttle him.

Do you like strong heroines, quirky characters, and unlikely friendships? Are you a fan of snappy dialogue that’s full of banter and richly imagined worlds? Then you’ll love the Bloodless Assassin. 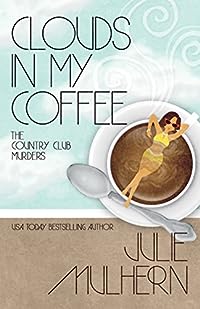 CLOUDS IN MY COFFEE by Julie Mulhern | A Henery Press Mystery. If you love one, you’ll probably love them all. 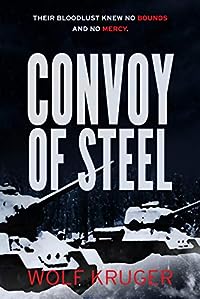 Their bloodlust knew no bounds – and no mercy.

The German High Command were worried. A massive armoured train carrying eighty tanks and hundreds of men was due to arrive on the Eastern Front – and the Partisans had marked it for destruction.

For Assault Section Sledgehammer, guarding the train on its perilous journey across one hundred and fifty miles of enemy territory was their most dangerous mission yet. And it would prove to be their bloodiest. Somewhere along that route, the Partisans were waiting. No one knew where or when they would strike.