Just In Case Of What?

I am starting a new journey. With my dad’s passing I have acquired a bunch of stuff. I loved my dad, so I must love all his stuff, right? I am a good daughter and it is my responsibility to keep all his stuff. I am also a good granddaughter who kept all of grandma and grandpas stuff. I was also a good friend and kept all of my friend’s stuff after he passed. I have boxes and boxes of stuff that are sealed up and in an attic. I rarely if ever open the boxes. Yet somehow I still remember my loved ones that have passed. I keep them just in case. Just in case of what? 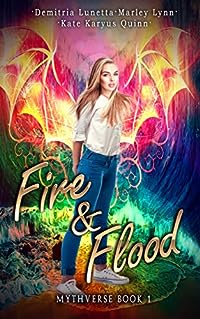 At Mount Olympus Academy, a little learning is a dangerous thing…

Revenge. That’s why I decided to join the assassination class at Mount Olympus Academy. A monster killed my father and grandmother – and I’m going to make them pay.

But first I have to learn how.

I’m Edie. Once I was just a normal girl with asthma and a bad back. Now, though, I’m at a school taught by Greek gods. My classmates are vampires, witches, and shifters. We’re all training to fight in the war between the gods and monsters.

There’s also… Val. He’s a vampire, but he’s different from the others. Plus, he’s got secrets too.

I get secrets. The wings that sprout from my back were hidden from me my entire life. I also sometimes breathe fire. But no one – including me – can figure out what I fully shift into. Honestly… a part of me doesn’t want to know.

But if I’m going to avenge my family, I need to figure it out before I flunk out.

Fire & Flood is a young adult magic academy fantasy novel with non-stop action. It contains a spunky heroine, one best friend with the gift of sight… to see tomorrow’s lunch menu, a mean-girl vampire roommate with a carnivorous plant, and a meet-cute with her roommate’s hot twin brother that almost kills them both. 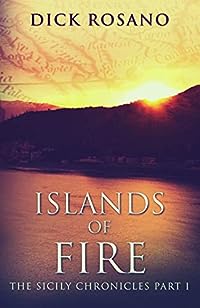 Islands Of Fire (The Sicily Chronicles Book 1)
by Dick Rosano

When Luca went to Sicily in search of his parents’ roots, he didn’t count on meeting Vito: a wizened old man who seemed to embody the history of the island in his bones.

He also didn’t count on Vito taking him back centuries – millennia – to the ancient times when Sicily was settled by seafaring people, and fought over by warring tribes and invaders. Luca didn’t know about Anu and Baia who came to the shores of the island 11,000 years ago, or Telia and Sapira who began Sicily’s agricultural revolution thousands of years later. He had never heard of the Sicani, Elymi, and Siculi tribes who settled the island 3,000 years ago, or the Arabs, Greeks, Carthaginians, and Romans who fought to control this vital piece of earth in the Middle Sea.

Islands of Fire takes the reader on a journey through time, from the volcanic origins of this island to the era of the Roman Empire. It is a journey chronicled in the dozens of invasions of the island over thousands of years. A waystation in the Middle Sea, Sicily is at the heart of western history. 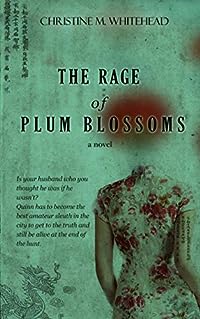 The Rage of Plum Blossoms
by Christine Whitehead

Attorney Quinn Jones is in over her head. Her husband, Jordan Chang, Annapolis grad and superstar businessman, has been found dead outside their Greenwich Village brownstone. He’s wearing clothes that aren’t his, and was last seen at a place he never went while consorting with people he shouldn’t — and he’s vastly richer than he ought to be. Since NYPD has labeled Jordan’s death a suicide, Quinn is on her own to uncover the truth. Courtrooms, Quinn knows. Chanel No. 5, horses, frizzy hair, and martial arts, she knows. Murder, she doesn’t know but she’s learning fast in order to stay alive. With a few clues to work with, including a photo of Jordan with a stunning unknown Asian woman and a copy of a 1986 check payable to Jordan for twelve million dollars, Quinn stalks the back streets of Chinatown, haunted by the need to know what happened that day and why. 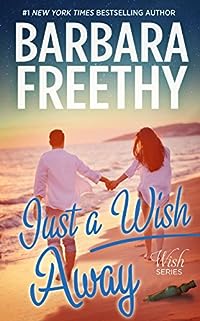 Just A Wish Away (Wish Series Book 2)
by Barbara Freethy

Alexa Parker and Braden Elliott fell in love when they were twelve years old. On a summer day, while searching for sea glass on the beaches of Washington State, they discovered an unusually shaped blue bottle. The ever-imaginative Alexa declared it a genie’s bottle. Popping the cork, they were surprised by a rogue wave that sprayed them with a fine, cool mist. Closing their eyes, they each made a wish…

Before their love had a chance to grow, life, family and tragedy separated the two best friends. Now fifteen years later, Alexa returns to Sand Harbor after her aunt is injured in a mysterious break-in at her antique store. Braden is also back, but he’s not the innocent boy Alexa remembers. His military service has left him with physical and emotional scars.

Can the sweet love of youth be recaptured by two now cynical souls? Can solving the mystery of the past bring them to a new future? Or will it take a wish, maybe two… 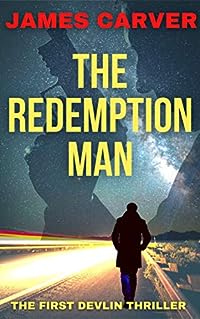 Sometimes a good man must do terrible things…
Someone is out to get Father Gabe Devlin. But whoever that someone is, they picked the wrong guy to take down.

Father Gabe Devlin, an ex-Air Force investigator, is on a mission to solve several seemingly unconnected mysteries. First, his oldest friend vanishes off the face of the earth. Then, the same day Devlin comes looking for his friend in the town of Halton Springs, the mutilated body of a young man is discovered. One of a series of grisly discoveries to come.

As Devlin tries to get to the truth, each life he touches begins to unravel, as if he carries a curse. Unexplained and miraculous acts happen in his presence. And the closer Devlin comes to revealing the Halton Springs murderers and the reason behind his friend’s disappearance, the closer he comes to uncovering the greatest mystery of all: who Devlin really is.

With strong language and violence. 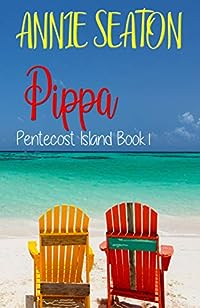 Spend a month on Pentecost Island and experience an amazing adventure between three best friends, the challenges they face, the past threatening to come between them, and their friendship as they start up a new resort.

When Pippa Carmichael inherits a house on a deserted tropical island, it couldn’t have come at a better time for her. Life’s been tough lately; she’s lost her job, given her boyfriend the flick, and now it’s time for her to make a new start. With her two best friends, Pippa heads off to Pentecost Island to investigate her inheritance and is surprised to find there is another resident on the island.
Reclusive author, Rafe Rendell, is not impressed when a boatload of women turns up on his island, interrupting his peaceful existence. He is less impressed when he meets Pippa, the sassy new owner of Ma Carmichael’s sprawling house.
Can these two live in harmony on the same small island or is Pippa’s dream destined to fail?
From best selling author, Annie Seaton, an emotional story of new love, friendships and the unbreakable bond that sees friends stay together through the ups and downs of life.

When Pippa Carmichael inherits a house on a deserted tropical island, it couldn’t have come at a better time for her. Life’s been tough lately; she’s lost her job, given her boyfriend the flick, and now it’s time for her to make a new start. With her two best friends, Pippa heads off to Pentecost Island to investigate her inheritance and is surprised to find there is another resident on the island.
Reclusive author, Rafe Rendell, is not impressed when a boatload of women turns up on his island, interrupting his peaceful existence. He is less impressed when he meets Pippa, the sassy new owner of Ma Carmichael’s sprawling house. Can these two live in harmony on the same small island, or is Pippa’s dream destined to fail?