As you guys may know, I have been toying with the idea of a minimalist lifestyle. TOYING! Not committing to, but the whole idea of learning to be happier with less is VERY appealing. I have, however, discovered a very big drawback. Trying to embrace the minimalist lifestyle makes going to Target very boring. It’s all just Eggo’s and cheese. No more cute throw pillows or ceramic llama planters. What’s the fun in that? If I can’t buy the latest cute item of the season, I might as well go to a regular grocery store. BORING! The problem is I don’t think I can go back to my old ways. The fun shiny objects have lost their glitter and shine. The true test is going to be next August when all the Christmas decorations come out. Let’s just see then if I have lost my love for all the twinkles when plugged in and on a timer. 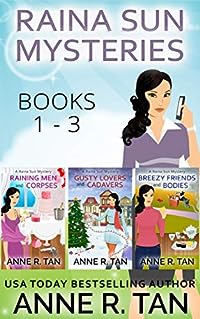 This set includes the first 3 books in the Raina Sun Mystery Series. For readers who like cozy mysteries, quirky characters, a dash of humor, and Chinese-American culture.

Graduate student Raina Sun is on a quest to collect an outstanding loan from her college advisor. When she stumbles on his dead body, she becomes the prime suspect. And the only man she ever loved reappears as the lead detective and wants to reignite their passion (or at least he’s sending out smoke signals). She must summon her sleuthing skills to find this cunning killer before she becomes the next victim. There’s no place for an amateur when it comes to murder…

Graduate student Raina Sun thought she knew what she was getting herself into when she volunteered to take the new foreign exchange student shopping on the last weekend before Christmas. But between a riot for the last hot toy, an abandoned baby, and a dead body, the holiday turns into a season for mayhem. She must summon her sleuthing skills to protect this baby and track down a hidden killer before she becomes the victim. There’s no place for an amateur when it comes to murder…

Raina Sun is cleaning her grandma’s house in San Francisco in preparation for Chinese New Year when she finds her deceased grandfather’s secret journal. When she loses it in a mugging incident and her grandfather’s BFF dies under mysterious circumstances, she is drawn into another murder investigation. She must summon her sleuthing skills to find this skulking killer before she becomes the next victim.There’s no place for an amateur when it comes to murder… 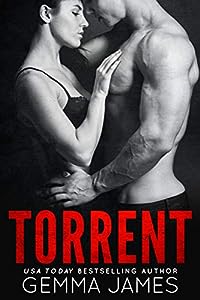 She sent an innocent man to prison. Now, eight years later, he’s returning the favor…
I’ve been obsessed with Rafe Mason since I was thirteen. The twisted part of this story is that I still want him even now that he’s holding me captive on an island.

Rafe has his reasons for doing what he’s doing, and if I’m honest, I can’t blame him. I’m the girl who sent him to prison for a heinous crime he didn’t commit.

But now he’s free and the tables have turned… now he’s the one driven by obsession.

NOTE TO READERS: Torrent is a dark romance with kidnapping and other disturbing themes. Intended for mature readers. Not for the faint of heart. You’ve been warned. Part 1 in the Condemned series. 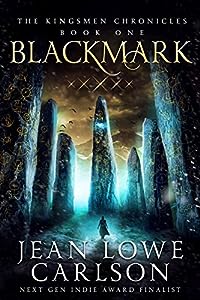 A nation’s elite warriors vanished. A throne in jeopardy on the heels of murder. War flamed by a shadowy magical cabal.

And the five friends who can stop it, banished.

Accused of treason, Kingsman Elohl seeks the truth of a betrayal that caused his people to disappear a decade ago. Now, he must give everything to shatter a hidden sect that usurps power from the throne.

Nations burn and kings are brought to their knees in this dark and gritty sword and sorcery series from Amazon bestselling and award-winning author Jean Lowe Carlson. 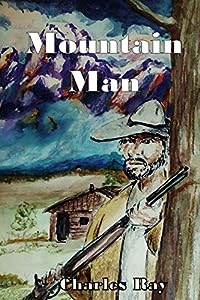 Caleb Johnson is one of a dying breed, a mountain man who lives in a log cabin near the town of Bear Creek, Colorado. What sets him even more apart from others; he is a black man who has chosen to set himself apart from what others call civilization.
Benjamin Winthrop is a former Confederate cavalry officer. He’s had to sell his family’s Louisiana plantation, and is on his way to settle in Oregon and start a new life.
The lives of these two disparate men intersect in Bear Creek, when Ben runs afoul of a trio of local toughs who decide to hang him for his effrontery. Caleb has the bad luck to happen along just in time to save Ben’s neck from being stretched, creating a relationship that neither man is comfortable with at first. When Ben hires Caleb to guide him to Oregon, things become complicated beyond either man’s understanding. 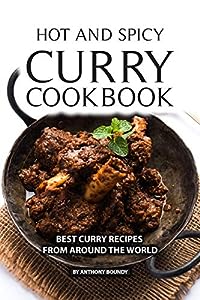 Hot and Spicy Curry Cookbook: Best Curry Recipes From Around The World
by Anthony Boundy

Curry, that wonderfully fragrant spice from the Orient, is actually a mixture of other spices. It’s the other spices that determine how hot the curry will be. The great thing is, there are endless ways to spice up your cooking with curry.

Garam Masala is a combination of spices similar to curry but doesn’t have any turmeric. It has a somewhat sweeter taste.

The recipes in this Hot and Spicy Curry Cookbook use a variety of curries. Some dishes are simply meant to be hot, while others can be made a bit lighter while still retaining that curry flavor. All of them are delicious.

Curry is strong and bold, but it loses its potency quickly. It’s probably a good idea to buy fresh curry before preparing the recipes in the Hot and Spicy Curry Cookbook. That way, you’ll enjoy the curry at the peak of flavor.