Hope Will Get It Clean

Talk about instant gratification! As soon as I put the new birdbath out, and went inside, there was a little bird already using it. I’m sure the hot weather was a factor. GREAT! I’ll take it. As I have said a million times before I really want to attract as many birds as possible to my yard, but unfortunately I can’t do that using bird seed. The seed attracts the rats and then the rats move into the house. Last time I had a bird feeder hanging up, I found six rats sitting on the feeder itself and having a good meal. Yuck yuck and bog old NOPE! I tore up almost half the flower bed to plant the new peony and add the bird bath, so right now the yard is a mess with garden tools everywhere and buckets of rocks blocking the path. You couldn’t see that in the picture yesterday because I was standing over the mess. HA… I showed you one clean section of the garden while I was standing on a mess. Hopefully I will clean it up today. 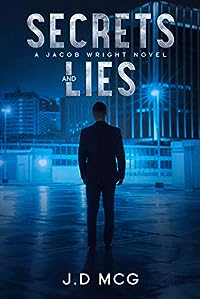 DS Jacob Wright’s life was on the rise. Newly engaged, a new promotion. His life was falling into place until a young lady had been murdered.
As more bodies start to appear, Jacob begins to experience strange things which he cannot explain. Not only that, but he discovers the case has relevance to his father’s past.
How many secrets and lies can be hidden in the past?

‘Secrets and Lies’ is the book people are calling “Gripping”, “Captivating” and “Full of suspense”. 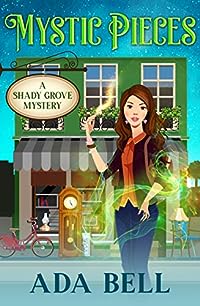 Aly doesn’t believe in psychics. Too bad she just had a vision.

Aly’s got enough on her plate, with finishing her degree and taking care of her nephew and starting her new job at the antique store while drooling over the owner’s gorgeous son. No time for visions.

Alas, the universe doesn’t care what Aly believes. When she turns 21, she starts to feel psychic impressions left on objects. A disorienting power for someone surrounded by antiques. Then cranky customer Earl is killed, and Aly’s new boss Olive is the prime suspect — not to mention the only person who understands Aly’s gifts. Who hated Earl enough to kill? Police would rather make a quick arrest than investigate, so it’s up to Aly to clear Olive’s name.

Shady Grove is reeling from the first murder in decades. If Aly can get her hands on the right object, she’ll know what happened. Can she learn to control her visions before the killer sets their sights on her? 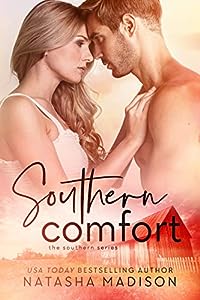 Olivia
When you find out that your fiancé is arrested for swindling over ten million dollars from his clients, you do what any sane woman would do. You escape reality and go undercover, trading in your city-girl Louboutins for country-pumpkin cowboy boots.

It wasn’t a forever change — it was temporary. I only had to stay here until things back home got straightened out, or so I thought.

I was riding horses before I was walking, or at least that was what they told me. I always knew I would take over the family farm. It’s in my blood.

Country boy at heart, the minute I saw her dragging her luggage up the gravel driveway I knew she was out of my league.

I shouldn’t have started anything with her, because I knew she was just passing through.

I couldn’t stop it, I fell in love with her. Even though I knew, in the end, she would leave me. 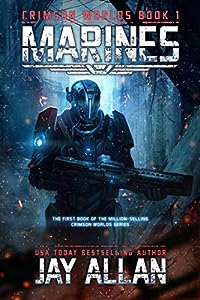 Erik rises through the ranks and becomes a deadly warrior, and he finally finds a home, first with the Marines who fight at his side and later among the colonists – men and women who have dared to leave everything behind to build a new society on the frontier, one where the freedoms and rights lost long ago on Earth are preserved.

But causes can be fleeting and loyalties complex. Amidst the blood and death and sacrifice, Erik begins to wonder. Is he fighting the right war? And who is the real enemy?

Now Included: A sneak peek at Crimson Worlds 2: The Cost of Victory. Read the first three chapters, immediately following the end of Marines in this Kindle edition. 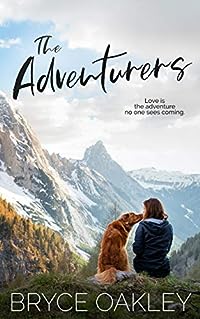 The Adventurers
by Bryce Oakley

Love is the adventure no one sees coming.

Joey Moore got her heart stomped on. At her engagement party. So, she did what any normal, completely rational 28-year-old would do — she moved to a new city with her dog to start a new life. Without much of a plan, it turns out.

Kendall O’Hara doesn’t enjoy chaos — at 42-years-old, she has a stable job and two cats she likes more than most people. Okay, all people, except her close-knit group of friends. She’s not boring. She’s just protecting her still-healing heart decades after a devastating loss.

When Joey and Kendall’s paths cross, a rocky start with an accidental laundry switch turns into an unlikely friendship. From there, the two friends make a pact to get out of their comfort zones, one piece of paper drawn from an “Adventure Jar” at a time. A growing mutual attraction leads them on an adventure that neither one might have expected…