I heard my new frogs singing in the garden last night. OH MY! They are very loud. I started to have a few regrets about adding them to the garden. I wonder if their singing is annoying my neighbors. I wonder if I shouldn’t get the hundreds of tadpoles that my friend has in his pool currently, and will deliver to me on Friday. Hee hee hee. Ya… I’m going to ask myself on Sunday if it was a bad idea as I watch all my new tadpoles swim around their little pond. MWAHAHAHA 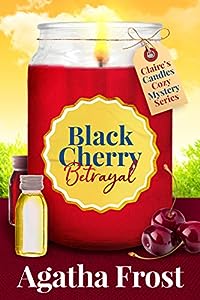 THERE’S A BODY IN THE ATTIC…

Claire Harris is excited to get the keys to her candle shop finally. A foul smell coming from the attic, however, turns her excitement into a living nightmare. There, she finds the body of Jane Brindle, the owner of the tearoom, which had stood in the heart of the village for decades.

Jane’s eventual retirement at eighty after years of fruitlessly hounding her daughter, Em, to take over the tearoom sent her to the south of France, or so everyone assumed. Jane never left Northash, but nobody is admitting to knowing what happened to her. Accusations fly everywhere, with many fingers pointing at free-spirited Em, and even some at Claire for daring to change the status quo.

How did Jane end up dead in the locked attic after having supposedly left the village for a new life under the sun four months previously? How is Jane’s impossibly wealthy 102-year-old mother, Opal, involved? Someone close to Jane killed her, but can Claire find out who before her candle shop dreams crumble around her?

THE DETECTIVE
Claire Harris, daughter of a retired detective inspector, runs her dream candle shop in a quaint British village. Surrounded by gossiping villagers, tight-knit friends, and loyal family, Claire, in her mid-thirties, can’t help sleuthing when strange things happen on her doorstep…
Book 2 in the Claire’s Candles Cozy Mystery series! Can be read as a standalone but will be enjoyed better as part of the series. A light, cozy mystery with a candle-loving British amateur female sleuth, in a small village setting with quirky characters. Written in British English. No cliffhanger, swearing, gore or graphic scenes! Contains mild peril. 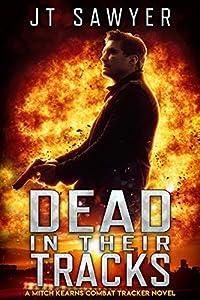 A former soldier settles into post-combat life, happy to train others rather than fight.

Then a visitor from his past seeks him out for help and protection.

But this mission is about more than personal security – it’s a race to save America.

Combat tracker Mitch Kearns is well past his glory days and spends his time teaching the feds how to pursue fugitives on the run. Fresh out of teaching a class for his fellow FBI agents, he runs into his mentor’s daughter, who’s in possession of plans to obliterate the U.S. Mitch then faces an impossible task: get her to the authorities before hardened mercenaries can kill them.

Cornered and desperate, they’re left with no choice but to escape into the Arizona desert. Mitch uses every evasive technique in his arsenal, but nothing works, and their pursuers seem unstoppable. Can Mitch beat the clock or will their adversaries annihilate them and end democracy forever?

Fans of The Hit by David Baldacci or The Janson Directive by Robert Ludlum are raving about this lightning-paced thriller. Find out why readers applaud Sawyer’s realism and say this book kept them coming back for more. 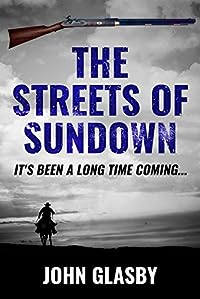 The Streets of Sundown
by John Glasby

A showdown eight years in the making…

Lone gunman Bret Manders is on his way to the frontier town of Sundown, with only one thing on his mind.

The town of Sundown is in the iron grip of Darby Wicker.

A sadistic power-hungry man, Wicker came west after the Confederates were defeated.

By the time the Sundown folk realised what a snake he was, it was too late. He had his finger in every pie in town.

Not only that, but he murdered the Sheriff in cold blood and appointed the cowardly Sheriff Veldon in his place.

Turning his eye to the local ranches, he schemes to buy them all out and cement his monopoly on Sundown.

He doesn’t care much if they refuse him – he’ll just burn their ranches to the ground.

With Washington convinced the West has been tamed, Wicker knows the US army won’t trouble him and the town will be powerless to stop him.

But he doesn’t count on Bret.

Hellbent on revenge, Bret’s been hunting Wicker for eight years – and it’s personal.

But even he can’t believe how bad things are in Sundown.

Sheriff Veldon is as yellow-bellied as they come, letting Wicker’s murderous gunmen do as they please.

In fact, the only person Bret trusts in Sundown is Fay Saunders – a singer at the Golden Ace Saloon.

For some reason, she wants to see Wicker dead as much as Bret does.

Meanwhile, despite Wicker’s attacks on the ranchers, none of the ranches want to form an alliance of sort.

It’s a fine mess but Bret knows that if he gives the ranches and decent folk of Sundown some hope that Wicker can be driven away, they’d be on his side.

A classic Western, The Streets of Sundown is a thrilling and gun-toting story. 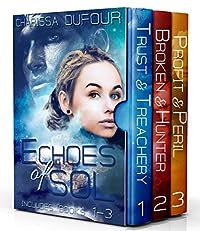 The Echoes of Sol: Books 1-3
by Charissa Dufour

A priceless cargo. A crew on the verge of self-destruction. And a slave girl distracting the men from their duties. Will they make it to Mars alive?
Bit has never known safety — few indentured servants have — but what little security she has is gambled away in a game of poker. Suddenly she is the property of a devilish freighter captain and surrounded by impassioned men each one vying for her heart in their own way. Bit will have to face the demons of her past before her heart succumbs to one of the men.
Freighter Captain Jack’s responsibilities to his crew, customers, and family are getting out of hand. He is wondering how to keep the family business afloat. The last thing he needs is a bump in the road, but that is exactly what his brother brings him — a bump in the shape of an indentured servant. And if that is not enough, pirates are eager to steal his priceless cargo.
Jack took one look at Bit and knew she was the only thing that mattered. With the tension and danger running high, Bit begins to wonder: will she survive the pirates… and the men? 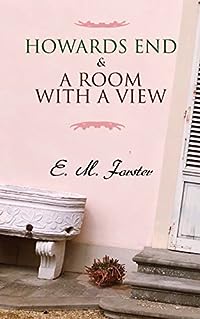 Howards End & A Room with a View
by E. M. Forster

Howards End – The story revolves around three families in England at the beginning of the 20th century: the Wilcoxes, rich capitalists with a fortune made in the colonies; the half-German Schlegel siblings (Margaret, Helen, and Tibby), whose cultural pursuits have much in common with the Bloomsbury Group; and the Basts, an impoverished young couple from a lower-class background. As fate would have it, their lives are going to be intertwined in such a manner that the secret passions and flying tempers would bring each of the family to the verge of ruin. Can they survive this vortex or will they be ruined forever?
A Room with a View – When Lucy Honeychurch embarks on a journey of a lifetime to Italy, little does she know that she would fall for the reckless man George, with whom she and co-traveller had exchanged the room with in Florence. In spite of her self-denial about her growing attraction to George Lucy knows in her heart that she cannot marry another man, let alone Cecil Vyse, who is not only downright obnoxious but also overbearing. This book is a classic romance which has also been adapted into a highly successful movie featuring Helena Bonham Carter, Julian Sands, Maggie Smith and Daniel Day-Lewis.