I lost my keys today. I had my keys when I pulled into the Costco parking lot. I assumed when I got out of the car that I put them in my pocket like I always do. I do these things automatically, so I can’t even imagine I would do anything differently. I did my shopping, and took my groceries out to the car, and reached into my pocket. Nothing. WHAT??? I searched my other pockets. Empty. I searched all around the car. Nothing. In the cart?? Nope. What on Earth?? I checked my usual pocket again, then I realized something crazy. I was wearing my new jeans. MEN’S JEANS!!! My keys were in my pocket, but halfway down my leg. I forgot men get deep pockets. Men are so spoiled. 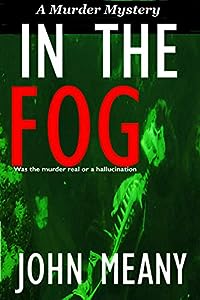 In The Fog: Novel (A Murder Mystery)
by John Meany

What was real and what was fantasy?

When Frank and Dora Parker, in their Boston Whaler, are fly-fishing for trout one day in their hometown of Twin Valley, Oregon, ghostly fog begins to roll down from the mountains. With it comes a haunting scenario.

On the lakeshore, a mysterious woman emerges from the forest holding a large knife in her hand. Then a man steps out of the woods dragging, what to Frank Parker appears to be a dead body. However, only he observes this. His wife claims she doesn’t see anything except fog and a desolate shoreline. How could that be? How could Frank Parker be witnessing a gruesome murder taking place and his wife, who was there in the boat with him, not see anything? 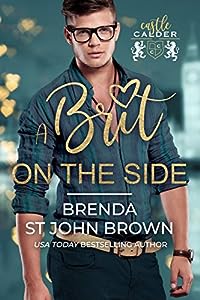 A Brit on the Side: A swoony second-chance romance (Castle Calder Book 1)
by Brenda St John Brown

How do you tell your best friend you had the best sex of your life with her brother in short-term parking? Short answer – you don’t.

I probably should have declined my bestie’s invitation to spend the summer in England working at her family’s castle-turned-hotel. But, dammit, it was either that or teach summer school math. Two doors down from my ex.

Except now I’m living within kissing distance of Jasper for the entire summer, and he’s just as sweet and sexy as I remember. Unfortunately, I also remember he gave me the best orgasm of my life in short-term parking. And on the desk chair. Then the kitchen counter. Judging by the way he kisses me, he remembers too.

Clearly, the best solution is:
a)Avoid him at all costs;
b) Sneak into Jasper’s room and bring a little Atlanta heat to the UK;
OR
c) Fall for him. Hard.

The Castle Calder series is a series of sexy rom coms that can be read in any order. You’ll see your favorite characters across the whole series, so read one or read them all! 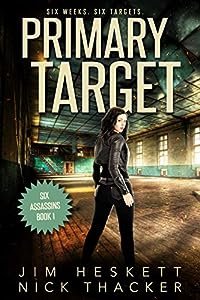 The Denver Assassins Club has one rule for its members: Step out of line and you become the next target.

Ember Clarke is a nimble killer-for-hire.

She only accepts jobs to snuff out dirtbags who deserve it, like the serial rapist currently in her crosshairs; the latest of her contracts.

But when a rival Club hitman shows up to steal the contract — and put a knife in her back — she has no choice but to add another stiff to her body count.

But she quickly learns that the Club will not tolerate killing another member, even in self defense.

A grueling six-week gauntlet of being stalked by her peers, starting with an eagle-eyed sniper from another branch of the Club.

Can Ember turn the tables on the first of six, or will this hunter’s next bullet have her name on it?

And there are plenty who want to kill her.

Get started with Six Assassins today!

Primary Target is the first book in the pulse-pounding Six Assassins crime and action thriller series. If you like gritty noir heroes, shocking twists and turns, action adventure, and pages so riveting they practically flip themselves, you’ll love Jim Heskett’s and Nick Thacker’s epic six-part tale. 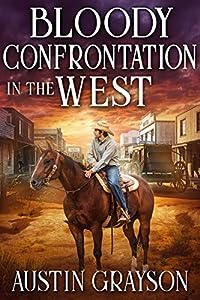 Bloody Confrontation in the West: A Historical Western Adventure Book
by Austin Grayson

After almost a year of riding with the dreaded Wagner gang, John Singer decides that he wants to settle down and start a new life. When he gets seriously injured and the gang takes him for dead, he is convinced that this is the opportunity to escape from them once and for all. He has no idea though that the notorious criminals will find out he is alive and they will be thirsty for revenge for his shameful betrayal. Is John going to be prepared for the greatest battle of his life? Will he manage to enjoy a quiet and ordinary life and finally leave his troubled history behind?

While John is barely escaping death, a kind woman named Maude finds him and nurses him back to health. From that point on, John believes that luck is finally smiling at him. His life in the small town of Custer becomes even better when he finds a new job and realizes that there is a spark between him and the woman who saved his life. However, the smile will fade from his face when ghosts from the past return with evil intentions. What sacrifices will John have to make in order to save Maude and restore harmony in town?

Just when the Wagner Gang starts hounding the citizens, both John and Maude find themselves embroiled in a war with the past, where not everyone can be the winner. Will John manage to face the ruthless outlaws who are threatening to turn every single dream in his life to dust? Will he survive the dangerous undertaking and wipe the slate clean against all odds?

“Bloody Confrontation in the West” is a historical adventure novel of approximately 60,000 words. No cliffhangers, only pure unadulterated action. 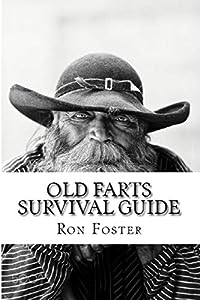 Survival tips written for (and by) “Old Farts” I decided to write down a bunch of timely wood lore tricks and preparedness advisement so they can be shared and remembered at least once more. Knowledge I have gained from a lifetime of prepping and preparing for disasters and how to live easier through hard times are explained within this book. I bet all of us aging seniors who are of the prepper mindset or of a survivalist bent, as well as many younger folks less knowledgeable, want to know about the same things we do regarding eating well and dying easier after a mega disaster. That is survival knowledge that we will need to know and rely on should the electrical grid ever go down and stay down. Considering just how unreliable all this newfangled technology can be and the fact that new threats are always appearing on the horizon, it is not a far stretch to say our dependency on technology is putting our very survival or daily existence in jeopardy. We need to try to get back to our old school mindsets now and learn more about the woods or country living that some of us may have forgotten about, or some of us never learned growing up to begin with. Whether or not you are just learning basic preparedness for the first time or remembering many an old camping trip or military deployment, there is plenty to learn here. The contents of this book will teach you long term survival and food procurement with and without, using anything but the cheapest gear best suited for the task. Even if you are on a strict fixed income and have a few minor physical disabilities’ I have a plan for you and one that won’t cost much at all to sustain you for a year or more. This book will teach you some awesome things like how to catch a fish with a twig, use nothing but a pencil sharpener to light a fire in wet woods and make a fish hook or animal trap, heat your house with the sun and a sewage line, open a can of food on the curb without a can opener, heat your house with a garbage bag, light a fire with a rain drop, defend yourself against a wild dog attack, spend a dollar on a tool that can feed you the rest of your life or spend a hundred dollars on a piece of gear that could feed you and your family for a year using common easy applicable food procurement skills in any suburban backyard or forested wood lot.You will learn the skills that some of us old timers who are still kicking around will use for surviving long term and would like to be taught to the next generation. Things that are good to know, like how to take a cardboard box, a baking bag, a piece of string and catch your own dinner, cook it and boil and purify water using those three items. This book will teach you more than a few things you might not know yet, but you should for old fart survival purposes! Let us try to outlive and out think them young heathens or at least hang around long enough to teach them a better way to survive themselves!