The Ancestors Saga by Lori Holmes

The Ancestors Saga by Lori Holmes is an exciting and compelling, The Ancestors Saga takes you on an epic journey 40,000 years into our own dark and forgotten past. As the world teeters on the brink of another glacial winter, homo sapiens are not the only human species to walk the Earth. When the destiny of the entire human race hangs in the balance, the prize for survivors will be Earth itself. The Ancestors Saga is a fantasy romance series, combining mythology, folklore, metaphysical elements and adventure, to retell a lost chapter in the evolution of humankind. 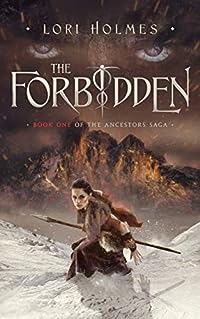 The Forbidden: A Fantasy Romance Series (The Ancestors Saga, Book 1)
by Lori Holmes

The unforgettable story of one woman’s perilous journey to save, The Forbidden.

Rebaa’s adopted tribe lies slaughtered behind her. Rebaa’s lover, Juran, lays down his life for hers and now she must use all of her cunning and extraordinary powers to survive the inhospitable wilderness alone, ensuring that Juran’s sacrifice was not in vain.

But Rebaa’s battle for survival has only just begun…

Hunted by savage predators and more terrifying still, the nightmarish Eldrax, a murderous chieftain who will stop at nothing to possess Rebaa’s mysterious powers for his own, her very existence becomes a life or death chase in the pursuit and quest to reach the one place that surely offers salvation and a safe haven she can call home.

But what haven could possibly exist for one who bears… The Forbidden?

Will Rebaa find her salvation, or will crushing loss, hardship and the burden of carrying The Forbidden, first destroy her from the inside out? 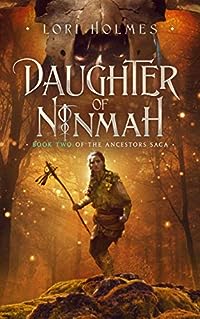 Love or loyalty? Destiny hangs upon a single choice…

Living deep within the mysterious southern forests, the spiritual Ninkuraaja people are being hunted to the brink of extinction by bloodthirsty raiders known only as Woves.

Nobody knows better than a Ninkuraa that a Wove deserves only death.

But when a twist of fate places the life of an injured Wove into young Nyriaana’s hands, she is horrified to discover that the destiny of this most hated enemy is irrevocably tied to hers.

As their burgeoning relationship threatens to tear her whole life apart, Nyriaana comes to realise that she must face a terrible choice: sacrifice the Wove or betray the lives of her own dying people.

Will Nyriaana find the strength she needs to save her tribe? Or will her love for the Wove ultimately doom them all? 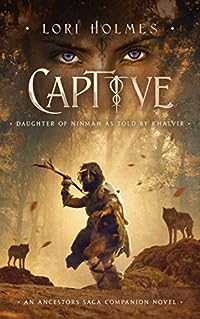 Captive: Daughter of Ninmah as Told By Khalvir: A Fantasy Romance Series (An Ancestors Saga Companion Novel) (The Ancestors Saga)
by Lori Holmes

A hunter, a protector, a Raknari warrior. He is Forbidden.

Raised his entire life for the sole purpose of defending his clan, Khalvir serves the chief who saved him from certain death. A death at the hands of the hated elves; a people who see him only as an abomination to be destroyed.

Now a captive in his enemy’s clutches, Khalvir must find a way to escape the mysterious elf witch who holds him. An elf whose motives remain shrouded but whose very presence calls to his soul, threatening to turn every truth he has ever known into a lie…

The breathtaking story that has enthralled readers from around the world, The Ancestors Saga continues with Book 3, Enemy Tribe…

The forests of home lie far behind. Nyriaana is now the captive of Khalvir, the Wove raider she mistakenly trusted with her life. Gripped by the agony of betrayal and the dire consequences her naïvety wrought, the thirst for revenge alone keeps Nyriaana breathing.

Surrounded by predators, both human and animal alike, not everything is as it seems in this vast and perilous world beyond her homeland. Nyriaana must learn who to trust and learn fast if she is to survive the journey through enemy territory.