The Ungoverned Series by Shawn Raiford

If you love a good killer thriller novella, mixed with suspense and brutal revenge, you’ll love The Ungoverned Series by Shawn Raiford. Grab your copy now of these action packed pulse-pounding thrillers!

If they hurt your loved one, would you make them pay? What if you’re a small twelve year-old girl? What can you do?

After their mother was murdered behind a bar, Chloe and Henry end up with the Parnells.
They were terrible Foster parents, from not buying clothes to not feeding them. Chloe is in no position to do anything about her Foster parents, because no other Foster family wanted them, because they were too old and siblings.
After helping her demented Foster father’s obsession with torturing and killing animals, and enduring two long years of sexual abuse, being rented out to strange men, she finally takes a defiant stand when they hurt Henry.

In this 90-minute read, action-packed thriller, you discover that Chloe might be only a twelve year-old girl, but what she lacks in size in strength, she makes up in determination and sheer viciousness. 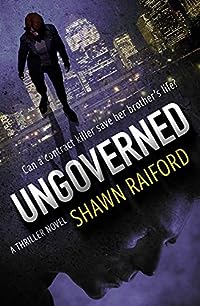 A sadistic child-sex trafficker orders a hit when two Houston Police Department Inspectors find the body of a dead girl.
Meeting with Lukas Zimmerman, the man responsible for finding the hitter, Chloe — a ruthless contract killer, is offered the job, but violently declines the contract when she discovers that one of the marks is Henry, a man who’s life she values more than her own.
While zigzagging across the city of Houston, leaving bodies in her wake, Chloe learns that a monster — who she called, Uncle — has come back after twenty years in hiding.
Only Chloe possesses the brutal and cold-blooded skillset to deal with the monster and cadre of psychopaths out for blood.

Can Chloe act fast enough to save this man she loves so dearly? 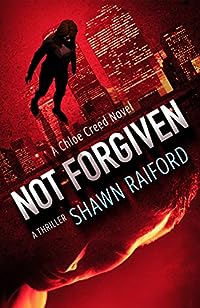 The revenge you seek, can kill you.

Chloe is a contract killer, and very good at her job. She is having a little fun with a couple of marks before finishing a job.
Early morning, a body is dumped in an empty parking lot. Houston Police Department Inspectors, Henry Creed and Mitch Mason, are on the case. They do their best to soothe the nerves of a witness and her husband.
A hit squad sit in stolen car across the street from a sidewalk cafe. Chloe walks down the sidewalk on her way to meet a friend for brunch when a dark Mercedes pulls out onto the street. From the car, men point guns out at an unsuspecting sidewalk crowd, and begin firing. Carnage ensues. Chloe returns fire, but is unable to stop the vicious massacre.
Revenge and bloodshed is all she can think about while Henry and Mitch close in on a serial killer. In the search for the guilty, Chloe encounters corrupt cops and gangbangers, leaving a trail of death along the bloody way.