For Mother’s Day hubby got me a HUGE yellow peony and a bird bath with frogs on it. I am pretty sure hubby was just telling me last week that I needed to cut back on the garden art and plant purchases. Tee hee. No. I need to stop buying plants around gift giving holidays. Of course these little treasures mean that I have to dig up one of my flowerbeds up to make room for the new guy. I am not looking forward to digging the hole for the peony. Currently it is in a three gallon pot, which doesn’t sound so bad until you realize you have to dig through adobe. Adobe is either very sticky or hard as a rock. There are only two days a year when it is tolerable to dig through, and I have never found those two days. But I will not complain. The gifts were wonderful and will be a beautiful addition to the garden. I’m just going to finish my coffee and then get to digging before it gets too hot outside. Happy Monday! 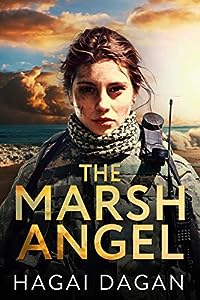 The Marsh Angel: An Espionage Novel
by Hagai Dagan

He’s sophisticated. She’s deadly. All rules will be broken for her.

Like every other person in the world of espionage, Tamir Binder is searching for the truth. But truth is an elusive thing, and sometimes one must delve deep into the darkest places to find it.

When Tamir picks up the phone and the Mossad agent on the other end of the line asks him to return to service to help with a struggle against a ghost from the past, he understands that this is a one-time opportunity to gain the closure he’s always wanted with the beautiful Palestinian fighter he has been obsessed with ever since his military service in the prestigious Unit 8200.

Tamir is extracted from his regular life and sent to Vienna to renew the chase before she can carry out her dangerous plans. But on his search, he unravels a gripping affair extending to the highest ranks of the government.

This sensational discovery and the surprising reunion with the woman who has occupied his mind for years put Tamir with his back against the wall in unfamiliar territory. This time he is willing to go all the way and break all the rules, but will the truth come to light? And will his passion be realized? 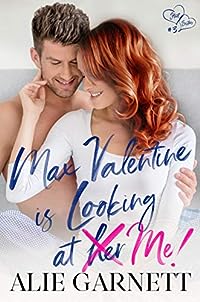 Max Valentine is looking at you.

Yes, that Max Valentine. The tall, handsome and super successful lawyer that every woman at the firm is trying to get her hands on.

Well, every woman except Della. Okay, well, she does think he’s hot, but she’s more interested in making partner than making out with Max. Or anyone else. But that doesn’t matter. Because Max Valentine would never look at her.

Her career dreams are shattered when she gets fired unexpectedly. Della doesn’t know who she is without her work. With no clue what else to do, she moves back to her home town and rents an old Victorian home.

And she feels… free. She stops dying her hair. She wears whatever she likes. She starts finding a new kind of joy in her life.

Until she looks up and sees Max Valentine is looking at her. Really looking. But he couldn’t be, could he? She thinks maybe he wants a fling. Maybe she’s just the nearest woman.

Max can see the real Della. And he would like to do much more than look. Because he’s convinced he’s looking at the love of his life.

If only he could convince Della of that.

Max Valentine is Looking at You is book three in the Hart Sisters Series, a heartfelt series about finding love with just the right amount of steam and stories that will stay with you after you’ve turned the last page. 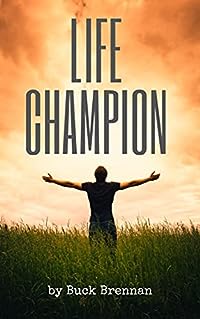 I always hated being an adult. I was so caught up in grown-up stuff like forgetting to pay bills, finding socks that matched, and lying about why I was late for work that I lost sight of everything that ever made me happy as a child.
I gave up on popping wheelies. I stopped ding-dong ditching. I didn’t even think spitballs or really loud farts were as funny as they used to be. I didn’t draw a penis on something in over twenty years, and I couldn’t even remember the last time I threw a party at my parent’s house when they weren’t home or had sex with a sixteen-year-old girl in the backseat of my mom’s car. By my 40th birthday, I was just a shell of that spry young man who left the loudest farts in the 5th grade.
After I graduated college I needed to find a job and move the hell out, so I could start paying my own darn bills already. At least that’s what my parents were always telling me. What my parents didn’t understand was that I was a Psychology major, and Psychology majors don’t do stuff like get good jobs or move out of their parents’ house. With a crappy college major, and not enough charm or good looks to enter the lucrative world of pharmaceutical sales like my mom and dad wanted me to, it looked like I was destined to live with my parents forever.
It took many years, but my life is finally on the right track. I healed the damaged relationship with his father, even though he could be a real jerk sometimes. I also reconnected with my inner-child. Now I am the same fun-loving, happy-go-lucky kid who used play with matches. I have dental insurance. My two kids aren’t in therapy yet, and I am even back to drawing penises on people’s stuff at work again. Let’s just say my life turned out exactly as I planned.
My inspirational story of faith, hope, and redemption will change your life forever. If you don’t believe me, my 3rd cousin from Jersey didn’t read it, and he’s still on heroin. My fat boss didn’t read it either, and he’s still a dick. My nana and pap didn’t read it. Now they are both dead. If you want to be a Life Champion like me, and you don’t want to end up dead like my nana and pap, then you need to read this book. 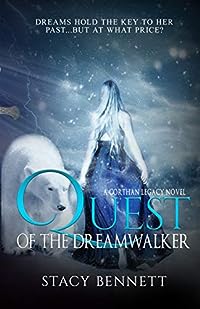 Quest of the Dreamwalker: Corthan Legacy Book 1
by Stacy Bennett

A scarred soldier, a soul-broken girl and a defiant huntress. Three lives thrown together by fate, bound by destiny, hunted by magic. But time is running out.

Cara is a prisoner. The sorcerer Sidonius crippled her soul so he could one day steal her magic. Secluded in the Black Keep, she knows nothing except obedience and duty. She doesn’t have the strength to leave the sorcerer until she meets the captain.

Captain Khoury is a mercenary kidnapped by Sidonius as food for the sorcerer’s fading magic. An exile with his own dark secret, the captain uses Cara to escape only to find himself bound to her. Is it just her magic calling to his, or something more?

Falin is not yet a Huntress of Foresthaven. Brutal and cold, she is sworn to kill any man who trespasses that sacred forest. When the Mothers give her a task that will mark her as a traitor, she must choose between her old life and a new destiny.

As the three outcasts flee south, Sidonius’s influence follows them from the frozen tundra through Foresthaven to the mountain city of Iolair where Cara must face Sidonius again. But it will take all three of them to defeat Sidnoius before he unleashes his final spell. 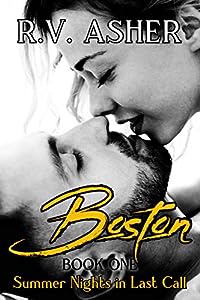 Mac thinks the attraction between her and Boston is merely physical. So why does it feel impossible to let him go?

If you had met me before this week, you’d have thought I was one of the most responsible, play-it-safe human beings on the planet. You’d have assumed someone juggling three jobs and managing her own business wouldn’t even have the time to get involved in messy relationships.

That’s what I thought, too.

This week, I met Boston. He wears the ripped, shaggy-haired, and adorable look like he was born that way. I’m game for some harmless flirting, maybe a little more, and he definitely doesn’t have any objections. Why deny the obvious spark we have?

Because that’s all it is: a spark. The sooner I can enjoy a taste of Boston’s lean, chiseled body, the sooner this silly infatuation of mine will be over.

Then I’ll be safe.

Except that kissing Boston doesn’t snuff out that spark. Not the first time, or the second, or the third.

Instead of satisfying my curiosity, I want to know about him: why he’s dropped everything to help out his family, why he has a way of calming tense situations down, why I can’t get enough of his smile.

Why he’s making me question everything I thought I wanted.

Why I can’t stay away…
18+ due to mature content and “open-door” scenes with lots of heat.