Meet The New Additions To The Family

I have been going on and on about my little Monarch caterpillars, it’s time I showed you a few pictures. There are three total on the plant I bought from the hardware store. They are growing fast and looking happy and healthy! 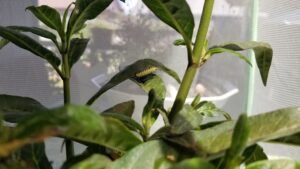 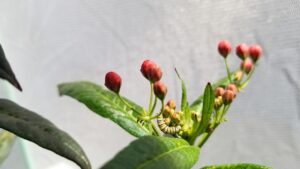 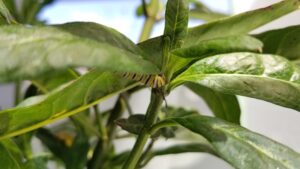 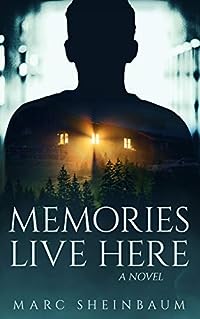 Josh Brodsky is at the top of his game. At his new Silicon Valley job, he’s on the verge of an invention that uses artificial intelligence to bring back the greatest leaders in history. But his top-secret code becomes encrypted by a devastating ransomware attack — was the malware planted by Josh’s troubled brother Donny? When the brothers uncover their dead mother’s diaries, the family careens toward a rendezvous with A.I. to discover the truth behind their father’s mysterious death thirty years ago, and the stunning secret their mother carried to her grave. 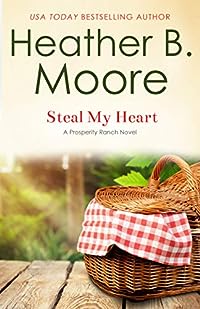 Steal My Heart (PROSPERITY RANCH Book 2)
by Heather B. Moore

She’s ready to leave Prosper behind, forever. So why did she have to meet him, of all times, and at all places? That was never the plan.

Disaster seems to follow Evie Prosper’s dating life everywhere. A fresh start can only mean leaving Prosper forever, which is what she’s determined to do, until she meets Carson Hunt. He unknowingly saves her from another dating disaster, yet their paths keep crossing. Carson is relocating to Prosper of all places, and if Evie could change that one thing about him, she might rethink their connection. 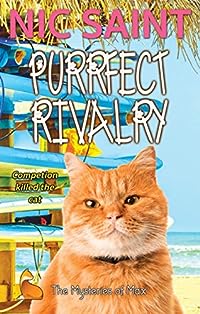 Purrfect Rivalry (The Mysteries of Max Book 6)
by Nic Saint

When someone takes a shot at well-renowned pop star Charlie Dieber and kills one of his bodyguards instead, Odelia Poole, self-confessed Bedieber and big-time fan, is quick to offer her assistance to help find the shooter. Teaming up with Detective Chase Kingsley, she enters the world of the Dieber, and soon discovers not everything is as it seems.

Odelia’s cat menagerie, meanwhile, is in a state of shock when longtime rival Diego returns to Hampton Cove, and immediately starts stirring up trouble. Diego has one goal in mind: take over Max’s place in Odelia’s home and heart and get Max, Dooley and Brutus sent to the pound. The only one who can help them is Clarice, their feral friend. She got rid of Diego once, and they hope she will do it again. Unfortunately Clarice has been adopted. By Charlie Dieber.

Will Diego become Odelia’s new go-to feline sleuth or will Max strike back? Will they be able to stop the killer before he kills the world’s number-one pop star? And will Grandma move to Washington and go into politics? Find out in Purrfect Rivalry, a cozy cat mystery like no other. 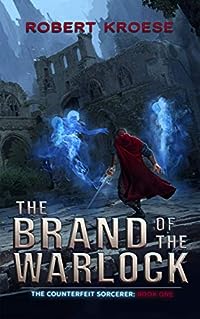 A hooded man, his face marred by a mysterious black brand, walks the Plain of Savlos. Some say he has the power to summon demons. Others say he is the only one who can vanquish them. His name is Konrad, and he has a secret…
Once an ordinary soldier, his life was forever changed by a fateful meeting with a dying sorcerer. Now he is all that stands between civilization and the creeping evil of the shadow world. The Brand of the Warlock is the first book in the fast-paced sword & sorcery series THE COUNTERFEIT SORCERER. 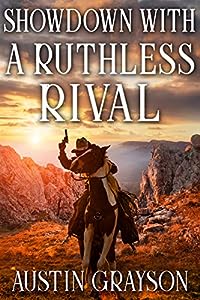 Showdown with a Ruthless Rival: A Historical Western Adventure Book
by Austin Grayson

After a decade working as a tough Chicago cop, Bruce Hanson has begun a successful business as a private investigator in the city. When his business starts expanding in the far West, he finds himself enjoying the rugged wilderness and small-town life of the frontier. Trouble ensues however when a gang of kidnappers holds the daughter of a cattle baron hostage. At that point, Bruce realizes that it will require all of his skills and the help of his sidekick, Monty, to track down the shadowy figures. How will Bruce succeed in getting the rancher’s daughter back when he refuses to pay a ransom? Will he manage to avoid getting himself killed in the course of this dangerous undertaking?

With the passing of time, the kidnappers are running out of patience, demanding the ransom without further ado, otherwise, they swear to spread deep sorrow on their way. As if this wasn’t enough, the unexpected actions of the hostage’s husband make the criminals fly into a rage. How will the legendary duo stall the kidnappers while they figure out a way to free the young couple? Will Bruce’s experience and wit help him rescue two innocent people and preserve his widespread reputation?

While Bruce and his sidekick try to trace the ruthless criminals, tensions come to a boil and multiple dangers lurk behind shadows. In this excessive cat and mouse game, will Bruce capture the merciless abductors before it’s too late, or will he fail to carry through the most important task of his career?