Dad Said It Was Okay 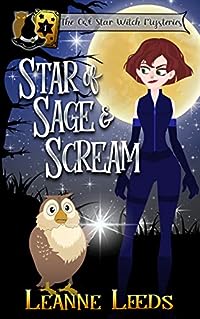 A witch fugitive tracker put out to pasture.
A birthday gift from a goddess with feathers and strings.
Astra Arden’s light is about to shine down on Forkbridge — if it doesn’t blind her first.

As the eldest daughter of famed witch healer Minerva Arden, Astra Arden grew up knowing what they expected of her. Make healing potions. Learn to read the cards. Help the humans with whatever gifts the goddess Athena granted her. And when Astra furiously rejected her birthright — choosing instead to join the paranormal military at eighteen — her mother was heartbroken.

Thirteen years later, the Witches’ Council’s been overthrown and the paranormal world has no more use for the fugitive apprehension division Astra devoted her life to. Without so much as a pension, Astra finds herself back in her childhood home with no money, no career, no prospects… and under the thumb of a disappointed maternal high priestess.

But as her mother, aunt, and sisters celebrate Astra’s 33rd birthday, she is surprised by the goddess Athena’s unexpected “gift.” This wisecracking owl informs the former assassin she now has a new job assigned by the family’s patron deity: solve crimes before they happen, so they never, ever take place. If she refuses? The goddess will take her starlight magic from her forever.

Will Astra bend to the goddess’s will? Or will she walk away from the paranormal — and her family — forever? 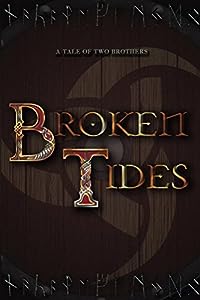 Broken Tides tells the story of two brothers separated by the sea. One, Carlnut has to find his place in Christian Wessex whilst his brother, Solvi is desperate to force his way to the top of his people.
784AD: Eight years before the famous raid of Lindisfarne that started the Viking Age, events begun that would change the history of the entire continent.
Carlnut, a warrior from Hordaland, is shipwrecked and must find a way to survive in the unknown kingdom of Wessex. Meanwhile his brother, Solvi, is forced into power and is tasked with a goal that would threaten the lives of himself and his entire crew.
As both brothers rise, they have to overcome the overwhelming threat of corruption, betrayal, self doubt and religion to keep themselves and those they love alive.
The story flicks from one brother’s struggle to another as they both gain friends and make disastrous enemies.
R.J Kenny gains his inspiration from best selling authors such as Giles Kristian and Conn Iggulden. The Tale of Two Brothers shows how one simple phenomenon can snowball into a chain of events that changes the lives of not just a family but a continent. 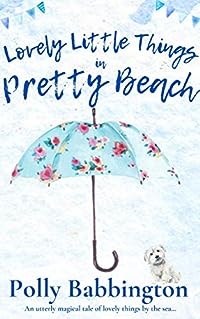 Lovely Little Things in Pretty Beach : A magical feel-good romance book to escape with in summer 2021.
by Polly Babbington

Fall in love all over again this summer as author Polly Babbington whisks us back to Pretty Beach where the sea sparkles, the huge tumbledown houses make your heart flip and the locals say hello as they go about their business.

The weather is just starting to warm up in Pretty Beach and as the delightful little seaside town begins to sparkle in the sunshine it welcomes Lulu Drinkwater back into its fold.

Lulu Drinkwater has loved, lost and just about everything in between. So, when she finds herself leaving her lovely, comfortable existence in London with nothing much more than a car and her gorgeous little dog a new start in Pretty Beach seems like the best thing that’s going to happen to her anytime soon.

As she sets to work on a dilapidated old house on Seafolly Passage, starts a new job and begins to turn her life around things in Pretty Beach are definitely looking on the rosier side of what she had just left. Even though she had thought that going back to Pretty Beach was very much a backward step in her life.

We follow along with Lulu, as not only the old house she has inherited, but also Lulu herself comes back to life, and just when she is least expecting it, boom, along comes Ollie Cavendish and knocks her for six.

Will Lulu Drinkwater find love least when she was expecting it or will she decide that, actually, life on her own, really isn’t quite so bad after all?

Sit back and delve into the utterly gorgeous little town of Pretty Beach where cinnamon buns, sparkly sea, golden beaches and beautiful old houses wrap you up in their warmth and transport you to a place you’ll sometimes wish you could live forever. 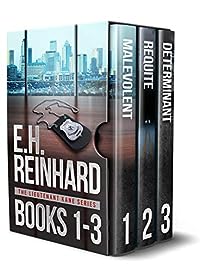 Grab the first three books in this cant-put-down series and follow Lieutenant Kane as he goes toe-to-toe with some of the most twisted, homicidal, and downright ruthless adversaries imaginable…
Included in this box set…
Malevolent – LT Kane Series, Book 1
If you kill in Tampa, you will answer to Carl Kane.
The first novel in the half-million-downloaded Lieutenant Kane Series. When two brutal murders point toward one killer, Lieutenant Carl Kane must hunt down the culprit before his nefarious plan is carried out. But the case soon becomes personal when Carl is targeted — and everyone around him is placed in imminent danger…

Requite – LT Kane Series, Book 2
When homicide lieutenant Carl Kane is called to a crime scene in another district, he’s met with a gruesome sight: a murdered husband and wife with a message carved into their bodies. As the killer claims more victims, Kane must race against time to ensure justice is served.

Determinant – LT Kane Series, Book 3
When a woman’s body is found floating in Tampa Bay, lieutenant Carl Kane is tasked with identifying the killer. He constructs a profile of the perp — but his case goes sideways when the same suspect is linked to two other unsolved killings… 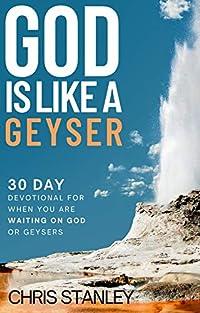 God is Like a Geyser: 30 Day Devotional For When You Are Waiting on God or Geysers
by Chris Stanley

From the largest active geyser in the world, Steamboat Geyser, to the most famous geyser, Old Faithful, the author offers thought on how they might be God speaking out to those He loves on a daily basis.

This is NOT a book of theology, but more of an encouragement to sit and wait on God. It is an exploration of thoughts about geysers and their maker.

Whether you are a fan of geysers and Yellowstone National Park or looking for a devotional that is fun and thought-provoking, you’ve found it.

Geysers included in this book