It’s All About Goals

I yell at lizards. I was walking around the track at the high school with my youngest baby basset, when I came across a tiny baby lizard in the middle of the track. It was the cutest little thing I had ever seen, and there it was, right in the path of a lot of joggers. I could not let this little creature get stompled, so I very gently picked the tiny lizard up in my hands and made my way to the edge of the track to let it go. I could barely feel him in my hands. My golly he was cute! That is until he decided to make a run for it up my arm and onto my shoulder. EEEEEKKKK!!!!! I couldn’t feel him, but I knew he was there somewhere. My youngest baby basset was doing his best to catch him, but those little things are fast. I was frozen with fear. I just knew he was going to run into my ear (no, he was not actually that small, but ya know logic has no place here) EEEEEEKKK!! That’s when I thought it would be a good idea to run in circles away from my son who was still trying to catch him. Of course a little crowd had formed, because I can’t go crazy and make a fool out of myself without an audience. I don’t know at what point the baby lizard decided to abandon ship, but I managed to stop flailing around long enough to see him land on the track by my feet. He looked a little stunned, but okay. He then proceeded to make a run for shelter… under my shoe. More screaming. My son took charge of the situation and got him the rest of the way to safety. So in the end… I ran around a track the other day! FITNESS GOALS! 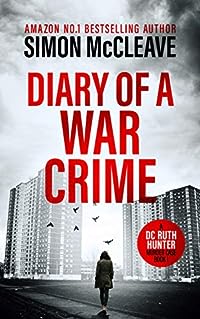 London, 1997. A series of baffling murders. A web of political corruption. DC Ruth Hunter thinks she has the brutal killer in her sights, but there’s one problem. He’s a Serbian War criminal who died five years earlier and lies buried in Bosnia.

When Detective Constable Ruth Hunter is called to the death of a pensioner in South London, she becomes convinced that it is not as routine as it first appeared. There are links to the death of another pensioner which suggest a link back to the Bosnian War of the early 1990s.

With the investigation thwarted at every turn, Ruth soon realises she may have stumbled upon a political cover-up in the lead up to the 1997 General Election. As she races against the clock, Ruth believes the man she is tracking is a Serbian War criminal who supposedly died in Bosnia five years earlier. Can Ruth find the notorious ‘Butcher of Strigova’ before he murders again to cover his tracks?

‘Diary of a War Crime is the first book in the DI Ruth Hunter Crime prequel series. If you like chilling police procedurals, true-to-life characters, and psychological twists, then you’ll love Simon McCleave’s page-turning thrill ride. 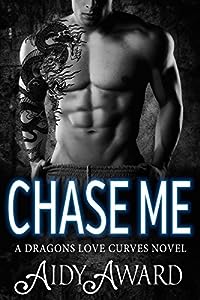 She’s stolen a priceless relic from his treasure, and his heart.

Ciara is the best damn wedding planner this side of anywhere, but she’s no thief.
That’s exactly what the sexy-ass dragon shifter has accused her of – stealing his treasure.
She’s going to steal something of his alright, his sanity, if he doesn’t let her go so she can get back to giving couples their happy ever afters.
Its the best way to ignore the fact she’s sure she’ll never get one her own. Not with any man, or even a dragon.

Jakob is either going to kill the sexy, curvy woman who denies she has The First Dragon’s relic, or take her to bed and drive her as crazy as she’s making him. Why does he want her so much he can’t even properly interrogate her? Might have something to do with the way his soul is screaming at him to mark her, claim her, and make dragon babies with her.

He can’t give her his soul if she’s already stolen it, or something darker and more dangerous has. 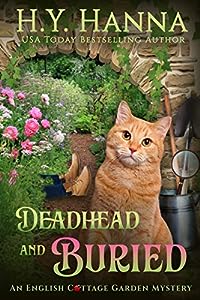 Poppy desperately wants to pay off her debts, quit her dead-end job, find her missing father… oh, and keep a plant alive. But she knows that these are just hopeless dreams. Then a mysterious letter arrives and Poppy finds that she’s inherited a cottage garden nursery – complete with romantic climbing roses, scented herbs, a bossy, talkative ginger cat.. and a dead body!
Now she must solve the mystery or risk losing her new home and the chance for a fresh start. But who would want to murder a gardener in a sleepy little village? Could a reclusive inventor have something to do with the killing? What about the brooding crime author next door? And why is her long-lost cousin so desperate for her to sell the cottage?
Poppy might not know her pansies from her petunias, but that doesn’t stop her digging for clues. The only problem is – she could be digging her own grave too…
This book follows British English spelling and usage. 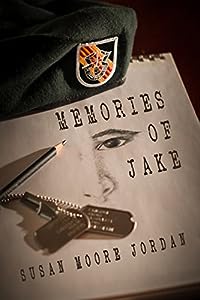 Andrew and Jacob Cameron are tied together by a bond more powerful than blood. As young children, they experience a horrific event that tears their family apart. Then just as they complete their high school years, the Vietnam War intensifies. Both young men serve in the military: Andrew in the Marine Corps, Jake as a Green Beret.

Each brother is damaged by his service in Vietnam, Jake in a way that will change his life forever. Andrew, always protective of his rakish younger brother, is determined to restore Jake and their relationship to normalcy. But when Jake disappears, Andrew’s life is left in shambles.

His loving parents, his always supportive wife Mary, even his burgeoning career as an artist seem not to be enough to alleviate the pain of Andrew’s frantic question:

Where is my brother?

Susan Moore Jordan, author of “The Carousel Trilogy” (How I Grew Up, Eli’s Heart, and You Are My Song) and Jamie’s Children, draws from her life experiences as a voice teacher and stage director while seamlessly weaving together stories that explore the power music has to inspire and heal. In Memories of Jake, Jordan adds the creative power of art as a family deals with tragedy, war, injury, and illness and finds healing, inspiration, and resolution. 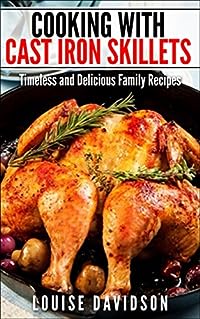 Everything tastes better when it is cooked in a cast iron skillet! We all remember when our mothers or grandmothers used to make those memorable meals using those big, heavy, black skillets. We can still imagine and almost taste those perfectly spiced dishes. Well, cast iron cookware is still around! They are so durable that they are almost always passed down from one generation to the other, as are the recipes they used. This cookbook holds not only amazing timeless recipes, but also instructions on how to cook with your cast iron skillet. You can use it on the stove top, on the grill, and of course, in the oven. You can even bring it along for your next camping trip and make some delicious corn bread, breakfast skillets, hamburgers, and so much more!

Cast iron skillets are the most versatile pans in your kitchen. You can cook any food you can think of in it. And it will taste like nothing else, a real taste of home-cooked meal.