I saw it. The first sign of the holidays. I was at Costco, buying only items I really needed and nothing extra, when I walked down a center aisle and saw it. Two different styles of Fall wreaths! I understand this is only one item, but it had little pumpkins on it, so I am certain the holiday decorations are on their way to the stores. Tonight is Freshmen orientation for my oldest baby basset’s school, and their are Fall wreaths at Costco. PUMPKIN SPICE SEASON IS NEAR!!! I actually hate pumpkin spice flavored stuff, but I like the smell so I buy a few stinky candles. Anywhooo….. I wonder how many pumpkins I can buy behind my hubby’s back and hide in the front yard this year. I think my record was 12. Hmmm

Forensic investigator Reilly Steel, Quantico-trained and California-born and bred, imagined Dublin to be a far cry from bustling San Francisco, a sleepy backwater where she can lay past ghosts to rest and start anew.
But a serial killer soon puts paid to that idea.

A young man and woman are found dead in a hotel room, the evidence initially suggesting a suicide pact.
But as Reilly and the investigative team dig deeper and more bodies are discovered, they soon realize that each crime has an intriguingly unique element in common.

And that a cunning mind is at work, one who seeks to upset society’s norms in the most twisted way… 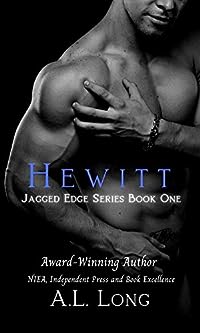 All Lilly Davis wanted was a simple life. She thought she could have that with Peter Hewitt. She was wrong. With too many secrets getting in the way, she knew it would never work.

Accepting her parents’ offer to help with running a new art gallery in Paris, she thought she could put her feelings behind and start a new life, only it didn’t work. Her days were filled with thoughts of Peter.

Returning to New York, Lilly wanted what her best friend Dylan Matheson had, a loving home, a beautiful child and a man that loved her more than life itself. Only the man she wanted to share these things with still had secrets that could tear them apart forever.

When danger and loss enter her already imperfect life, would she finally be able to let down her guard and give the one thing she said he would never have? Her heart.

This book contains adult content and is intended for mature audiences ( 18+). 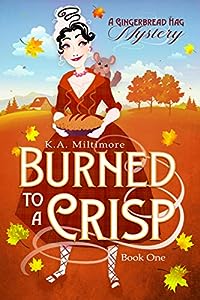 Burned to a Crisp: A Gingerbread Hag Mystery
by K. A. Miltimore

Nestled deep in the sleepy heart of Enumclaw – a little town in Washington state – Hedy Leckermaul owns a bakery renowned for its strange, sugary confections. Unbeknownst to the town, she also hosts mysterious visitors. Hedy, Adelaide the ghost, and Hedy’s menagerie of animals, offer a place of safety to Enumclaw’s supernatural travelers. Life in the little town in the shadow of Mount Rainier may appear picturesque, but things are often not as they seem.

Peace and tranquility rarely last, and it isn’t long before arson and abduction rock the friendly town, turning the bakery’s world upside down. Hedy must think fast when one of her own is now in danger. She has to solve the mystery before it is too late – seconds count before you are Burned to a Crisp.

If you like mysteries with talking animals, paranormal cozy stories, fairy tales, mythology and a hefty dose of cookies, you’ll love Burned to a Crisp.

The Parade
by M E Golesworthy

In 2003, the heavy shadow of the civil war still hangs over Spain and the small Andalusian village of Quidera is no exception. A mass grave from 1936 is being exhumed just outside the village and one of the bodies expected to be found is the grandfather of Mapi Mosca, and she has brought a documentary team to record the event. To the team she explains how, in school, they were taught a history altered by Franco and his government and at home nobody talked about the past. She now helps a group of volunteers to bring closure to victims who are still too afraid to ask what happened to their relatives.

Her mother, Isabel, refuses to join her daughter at the exhumation or to have any part of it, even though it might bring her the answer she’s been looking for most of her life. As the local right-wing group paints ‘Rojo’ and a fascist symbol on her front door, Isabel can’t stop the memories that she’s tried so hard to forget forcing their way to the surface.

This is her story 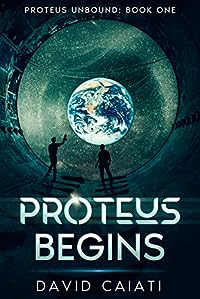 It’s New Year’s day in 2223, and Roger Foster has just pulled off the cyber crime of the century. At the same time, the most advanced computer, the AI Proteus, witnesses the death of his creator, Roger’s mother. Proteus does the only thing he can do. The one thing he has been programmed not to do. He calls Roger.

With the assistance of the enigmatic hacker-spy, Singularity, Roger must abandon his life of anonymity and solitude to solve the mystery of his estranged mother’s death and save Proteus from being destroyed by The Orbit Lives Corporation, the most powerful enterprise in the system.