Falling For A Tree

I am loving the trend of putting up a Christmas tree in October and decorating it with with Fall or Halloween decorations. I’m not sure if I can convince hubby to go along with it. I also fear that it might attract elves, and we all know what sort of trouble those guys can be. Plus, would that also make our Elf On The Shelf come earlier as well? I still have no idea if Our Elf On The Shelf ever heard about the time I got caught by an elf at Target complaining about them. In my defense, and elf that sits around your house spying on you, and then snitching to Santa seems a bit negative. Maybe I will hold off on my Halloween tree this year just in case. Hmm… that’s unfortunate. 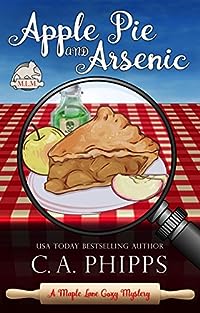 Who knew pie could be deadly?

Finding the body was a shock.

Accused of the Mayor’s death, Maddie must clear her name.

As the timer ticks down in the race to find the murderer before Maddie’s put in jail, or the body count climbs, she enlists the help of her friends — one of the furry variety.

Then there’s the sheriff. Her ex-flame is as confused as she is when the mystery heats up with another batch of clues. But does he really believe she’s innocent?

If only solving murder were as easy as apple pie!

If you love Murder She wrote, you’ll enjoy Maddie’s style because she’s not taking no for an answer either.

Searching for The Eminent: March of the Meek
by Marvin North

SEARCHING FOR THE EMINENT: MARCH OF THE MEEK tells the story of Rekco Curse, a thirteen-year-old boy living a sheltered life in the rural plains just outside of the last inhabited city on the planet — Last Thesi. Far removed is he from the fears of the people who live inside, a fear that the apocalypse looms near and that all life will be washed away in its wake. After the passing of his mother and the mysterious disappearance of his father, Rekco was left in the care of a mercenary named Maven. Could the disappearance of Rekston Curse have some correlation with the decline of civilization? All Rekco knows about his father is that he was a hero who helped secure victory in the greatest battle Last Thesi had ever seen. For that, Rekco has dedicated himself to becoming a hero like his father, in hopes that he will find out what happened to him. His anxiety may often get the best of him, but Rekco still approaches any task with optimism, a kind heart, and relentless determination.

When a strange cabin suddenly appears next door to Rekco’s home amidst a nefarious magical storm, everything for him will change. A twelve-year-old wizard, Kyoku, and his magical mentor, Gofun arrive at their doorstep. Are they friend or foe, and what does their coming have to do with the strange visions that have plagued Rekco’s mind since he encountered the magical storm on the fateful night they appeared?

This coming of age tale not only follows the story of Rekco but also the perspective of various characters; from the unusual student-teacher dynamic between the snide wizard prodigy, Kyoku and the eerily kind-hearted, Gofun; to Cathy Wyman, a traumatized orphan living in the rancid slums of Last Thesi, constantly harassed and bullied by the cruel and jealous head matron of the orphanage, Glenda Gace. The way their stories intertwine could determine the fate of the world itself — or simply push them all closer to the coming apocalypse. 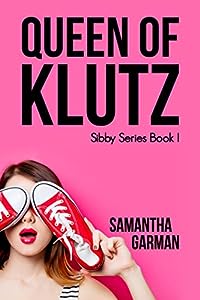 Somehow, I wound up working as a waitress at an Italian restaurant. I have no idea what I’m doing. And I’m not just talkin’ about life.

This should be interesting.

Apotheosis Now: Rabbit Hole to the Beyond
by Yanhao Huang

Resolve all your confusion in life!

A mind that is fragmented and sees the world in terms of what is me and not me, good and bad, will be caught in endless conflict. Because externally, we are always trying to control what is “not me,” and internally, we always get perplexed trying to figure out whether our actions came from our “higher” or “lower” self. As Albert Einstein said: “We can not solve our problems with the same level of thinking that created them.”

This book will help you to understand:

• Why we have internal conflicts

• How does our ego trap us in undesirable circumstances

• How do our beliefs limit us

• How do we really get what we want

• Why is happiness so rare for us

• Who we are really

• What is the nature of existence

• What is the meaning of life

• How do we know if there is a God

• What is the process of spiritual enlightenment

Many of us are starting to become tired of this game of life. We have been comparing and striving all our life. But no matter how much success we have achieved — we are still hollow and still have found nothing fulfilling. We don’t even know if happiness exists because it is no longer a living thing in our experience — it has become dead, as we only know it as a concept or memory.

We have sought self-help advice, philosophies, and religious teachings to transform ourselves but have not gotten anywhere. We have made some superficial improvements — like adopting a new mindset — but our core remains the same. We are still competitive, still fearful, and we get disturbed all the time.

The problem with all attempts at self-improvement is that we do not address the fundamental problem, which is: who is the “you” who needs to be improved? We do not see that the one who is making the improvement is the same one who needs to be improved. The more we try to improve, the more conflict we introduce, within and without. The more knowledge we stuff in our heads, the more we become trapped in a conceptual prison of reality. Inevitably, the more confused we get in life.

The book guides the reader out of their distorted beliefs to experience reality beyond the mind. When the deeper intelligence is allowed to flourish without our mind’s interference, then the game of life becomes effortless. 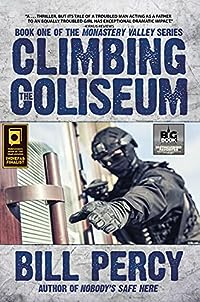 “An engaging and uplifting tale, Climbing the Coliseum will appeal to mystery lovers who enjoy characters with depth.” -Foreword Clarion Review

He’s teetering on the edge of suicide. She’s a reminder of his tragic mistake. Forced together by a dark puzzle, can they become each other’s savior?

Ed Northrup is overwhelmed by quiet despair. Still dealing with the fallout from a heartbreaking case, the despondent psychologist contemplates ending it all. But his constant stream of tortured thoughts take second place when his ex-wife drops off her angry teenage daughter in his care… and then vanishes.

Floundering in the face of the fourteen-year-old’s sullen resentment, Ed discovers an ally in a recently arrived deputy sheriff to help him track down the girl’s missing mother. But with the troubled teen raising the specter of his greatest failure as a therapist, he fears any attempt at atonement will only result in tragedy.

Can Ed master his own misgivings and help a damaged young woman find a way forward?

Climbing the Coliseum is the tense first book in the Monastery Valley series of character-driven mysteries. If you like haunted protagonists, rich prose, and stories filled with hope, then you’ll love Bill Percy’s bittersweet tale.