I Can’t Pick Just One 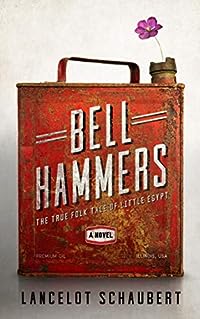 PRANKS. OIL. PROTEST. JOKES BETWEEN NEWLYWEDS. AND ONE HILARIOUS SIEGE OF A MAJOR CORPORATION.

Remmy grows up with Beth in Bellhammer, Illinois as oil and coal companies rob the land of everything that made it paradise. Under his Grandad, he learns how to properly prank his neighbors, friends, and foes. Beth tries to fix Remmy by taking him to church. Under his Daddy, Remmy starts the Bell Hammer Construction Company, which depends on contracts from Texarco Oil. And Beth argues with him about how to build a better business. Together, Remmy and Beth start to build a great neighborhood of “merry men” carpenters: a paradise of s’mores, porch furniture, newborn babies, and summer trips to Branson where their boys pop the tops of off the neighborhood’s two hundred soda bottles. Their witty banter builds a kind of castle among a growing nostalgia.

Then one of Jim Johnstone’s faulty Texarco oil derricks falls down on their house and poisons their neighborhood’s well.

“We need the world’s greatest prank. One grand glorious jest that’ll bloody the nose of that tyrant. Besides, pranks and jokes don’t got no consequences, right?” 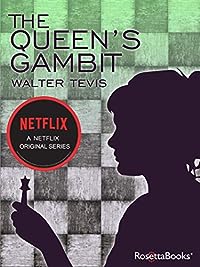 The Queen’s Gambit
by Walter Tevis

Netflix’s most watched limited series to date! The thrilling novel of one young woman’s journey through the worlds of chess and drug addiction.?

When eight-year-old Beth Harmon’s parents are killed in an automobile accident, she’s placed in an orphanage in Mount Sterling, Kentucky. Plain and shy, Beth learns to play chess from the janitor in the basement and discovers she is a prodigy. Though penniless, she is desperate to learn more — and steals a chess magazine and enough money to enter a tournament. Beth also steals some of her foster mother’s tranquilizers to which she is becoming addicted.

At thirteen, Beth wins the chess tournament. By the age of sixteen she is competing in the US Open Championship and, like Fast Eddie in The Hustler, she hates to lose. By eighteen she is the US champion — and Russia awaits…
Fast-paced and elegantly written, The Queen’s Gambit is a thriller masquerading as a chess novel — one that’s sure to keep you on the edge of your seat. 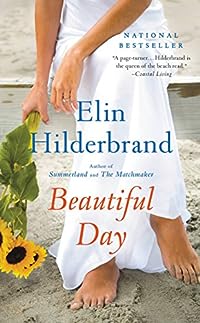 The Carmichaels and the Grahams have gathered on Nantucket for a happy occasion: a wedding that will unite their two families. Plans are being made according to the wishes of the bride’s late mother, who left behind The Notebook: specific instructions for every detail of her youngest daughter’s future nuptials. Everything should be falling into place for the beautiful event — but in reality, things are falling apart.

While the couple-to-be are quite happy, their loved ones find their lives crumbling. In the days leading up to the wedding, love will be questioned, scandals will arise, and hearts will be broken and healed. Elin Hilderbrand takes readers on a touching journey in Beautiful Day — into the heart of marriage, what it means to be faithful, and how we choose to honor our commitments. 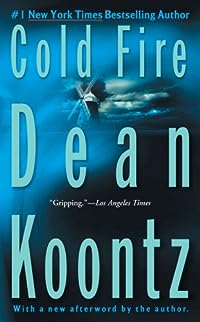 A man on a mission must come to terms with his forgotten past in this gripping thriller from #1 New York Times bestselling author Dean Koontz.

In Portland, he saved a young boy from a drunk driver. In Boston, he rescued a child from an underground explosion. In Houston, he disarmed a man who was trying to shoot his own wife. Reporter Holly Thorne was intrigued by this strange quiet savior named Jim Ironheart. She was even falling in love with him. But what power compelled an ordinary man to save twelve lives in three months? What visions haunted his dreams? And why did he whisper in his sleep: There is an Enemy. It is coming. It’ll kill us all… ? 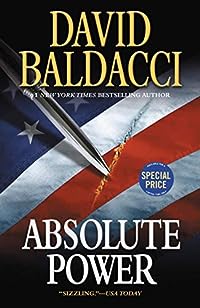 When burglar Luther Whitney breaks into a Virginia mansion, he witnesses a brutal crime involving the president — a man who believes he can get away with anything — and now, Luther may be the only one who can stop him in this #1 New York Times bestselling thriller.

In a heavily guarded mansion in the Virginia countryside, professional burglar and break-in artist Luther Whitney is trapped behind a two-way mirror. What he witnesses destroys his faith not only in justice, but in all he holds dear.

What follows is an unthinkable abuse of power and criminal conspiracy, as a breathtaking cover-up is set in motion by those appointed to work for one of the most important people in the world — the President of the United States.