I am back in the garage spray painting more lanterns. It gets to the point when you ask yourself, “What am I doing with my life? Who am I and what do I want to be?” At the time, doing all twelve patterns at once sounded like a good idea. I didn’t even think about the side pieces, backs, tops and bottoms that I would also be cutting, sanding, and painting. I haven’t even gotten to the assembling yet. Maybe I need a sandwich.

He lives to protect his city. But when gang warfare erupts on its streets, will Harry Hawkins pay with his life?

The fight against crime and evil never ends.

Harry ‘H’ Hawkins is the people of London’s staunchest defender, but when a bloody international gang war threatens to rip the metropolis apart, ‘London’s top copper’ finds himself under siege as never before.

Haunted by flashbacks of the horrors he experienced in the Falklands War, held accountable for the unstoppable wave of violent chaos that is turning the streets of his city red with blood, hounded and ridiculed by a media he cannot understand and continually thwarted by an establishment cover up of he knows not what, H is in trouble. Big trouble.

As the chaos reaches boiling point can H, against all the odds, bring the streets under control, see through the fog of a high-level conspiracy and rescue his partner before she is killed by her ruthless kidnappers?

And how far outside the law must he go to do so?

If you like Connelly’s Harry Bosch, McNab’s Nick Stone or Leather’s ‘Spider’ Shepherd – hard-boiled, twisty and action-packed crime thrillers in general – join Harry Hawkins on a compulsively addictive rollercoaster ride through the dark and bloody underbelly of criminal London.

TRIGGER WARNING
If you require a trigger warning of any kind then these books are not for you. 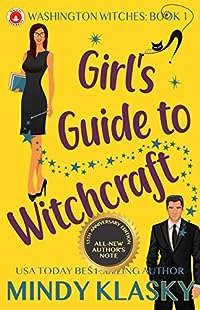 Jane Madison has a problem. Or two. Or three.

She has a desperate crush on her Imaginary Boyfriend, a man who doesn’t know she exists. Her doting grandmother insists she meet her long-absent mother. She’s working as a librarian, trapped in absurd costumes and serving up lattes in a last-ditch effort to keep her employer solvent.

In lieu of a well-deserved raise, Jane is allowed to live in an ancient cottage on the library grounds. She soon discovers a hidden chamber filled with magical books that awaken her inner witch.

Will magic — and David — solve Jane’s problems? Or only bring her more disasters? 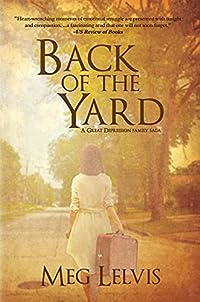 Back of The Yard: A Great Depression Family Saga
by Meg Lelvis

“Heart-wrenching moments of emotional struggle are presented with insight and compassion… a fascinating read that one will not soon forget.” -US Review of Books

Set during the Depression in the South Chicago neighborhood of Sinclair’s The Jungle, Betty O’Leary’s family struggles to scrape by in this harsh, foul-smelling, yet compassionate area. The youngest in her Irish Catholic family, Betty is overshadowed by her pretty sister, Maureen, and when tragedy threatens to shatter her world, Betty is sent away to stay with relatives.

As grief and loss take its toll on family members, Betty eventually meets Phil, who offers hope for long-awaited happiness. But secrets begin to unravel, and depression gradually descends on Betty. Is a family history of asylums and madness the cause? And unlike her disturbed mother, will Betty ever find peace and fulfillment?

The story gives voice to those struggling with emotional pain and shows how families can heal with love, courage, and promise. It tells of a unique neighborhood reflecting America’s cultural changes and how one’s childhood is forever present. 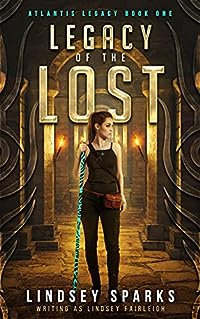 Some secrets are buried for a reason. She’s about to uncover the deadliest secret of all…
Anxious and reclusive, Cora Blackthorn uses online gaming as her sole tether to the outside world. Due to a condition that makes human touch crippling, she lives her life confined to a small island in the Puget Sound, never accompanying her mother on her tomb-raiding adventures. But when her mom sends home a cryptic SOS in the form of a mysterious package, Cora discovers the shocking truth behind her extraordinary affliction. Her condition isn’t an illness; it’s a gift not of this world.

Armed with a powerful, alien amulet and her mother’s journal, Cora heads to Rome on a desperate rescue mission. But on the way, she discovers that a secret society is hot on her trail, and she has no chance of outrunning them. Her only chance is to confront them head on. A clash within the twisty catacombs beneath Vatican City leaves Cora with a perilous choice: find her way through an ancient, deadly labyrinth and save her mom, or fail and die…

Legacy of the Lost is the first book in the captivating sci-fi adventure series, the Atlantis Legacy. If you like ancient mysteries, Greek mythology, treasure-hunting adventurers, and dynamic characters, then you’ll love this exhilarating adventure! 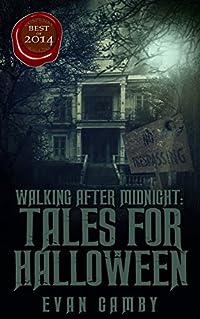 Named one of Suspense Magazine’s Best Books of 2014, Evan Camby’s “Walking After Midnight: Tales for Halloween” is a collection of six short horror stories guaranteed to send chills up your spine. Read them by a bonfire on a chilly autumn night, or under a blanket by candle light.