I was certainly feeling the Halloween spirit last night when I cozied up on the couch under a fuzzy blanket (it was 87 degrees yesterday BTW) and watched a Hallmark Original Christmas Movie. Yes, a Hallmark Original Christmas Movie got me in the mood for Halloween. It felt nice to finally stop after a full day of making Halloween decorations on the CNC machine. I ignored most of my obligations such as dishes and laundry, to cut wood, paint, and glue things together.  I did pick the kids up from school though. I wasn’t fully neglectful.  Up until yesterday, I was feeling guilty that I hadn’t been making a bunch of stuff on the CNC machine liked hubby had hoped I would. Turns out I just needed to get in the holiday spirit. Unfortunately by the time I opened the gift last year on Christmas my brain was pretty fried and I didn’t have much energy to be creative. But now it’s the beginning of the holiday season and my machine can’t pop things out fast enough. Hubby is delighted! I will post some pictures as soon as I finish the lanterns and the portrait of the Bride of Frankenstein. They are coming along great. It will be hard not to give them all away to friends. I have to remember to keep a few for myself! 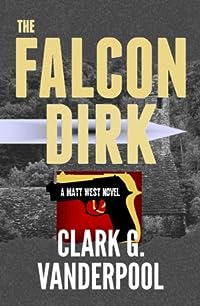 She is a woman who never knew love…

Over one hundred years ago, two billion humans lost their lives to the Erains during the Purge War. If not for the Gelders all of us would have been wiped out. All we had to do was allow our women to be claimed every year. A small price to pay to avoid extinction.

But for twenty years, none of us have been claimed.

I was born twenty years ago, on Claiming day. Now I find myself going through my first Claiming as I have come of age today. I can’t shake the feeling that something is going to happen.

He was a warrior who never knew gentleness…

Join Eleanor and Danion on their quest to save the galaxy, defeat a foe, and find love. Their path is fraught with danger, if they can survive the war they just might save each other.

When her boyfriend inherits an ancient vineyard in France, Maggie Newberry quits her job in Atlanta to accompany him for a year abroad. They settle in the tiny village of St-Buvard, but murder has gone long before them and follows close behind.
Murder a la Carte brings Atlanta copywriter Maggie Newberry to the brink of two connected murders — both committed in her home — and both poised to threaten everything she holds dear. When Maggie agrees to move to France with her boyfriend — a French ex-confidence man who has just inherited a house and vineyard — she doesn’t expect her year of French market shopping and weekend trips to Paris to be interrupted by a vicious murder in her living room. Or that the bloody violence that occurred on their front doorstep sixty years earlier after the end of the Second World War might be connected. If you want to save the price of a ticket to the south of France this year, pick up Murder a la Carte instead. It will give you a delicious escape into the sights, sounds, tastes and smells of Provence — all tucked nicely within the framework of a tightly woven mystery that will keep you guessing until the very last page. 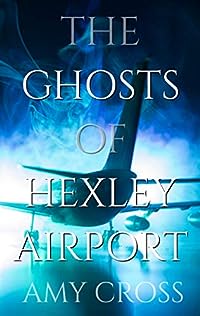 The Ghosts of Hexley Airport
by Amy Cross

Today, some say their ghosts still haunt the terminal building.

FROM THE AUTHOR OF HAUNTED, ASYLUM AND THE ASH HOUSE.

When she starts her new job at the airport, working a night shift as part of the security team, Casey assumes the stories about the place can’t be true. Even when she has a strange encounter in a deserted part of the departure hall, she’s certain that ghosts aren’t real.

Soon, however, she’s forced to face the truth. Not only is there something haunting the airport’s buildings and tarmac, but a sinister force is working behind the scenes to replicate the circumstances of the original accident. And as a snowstorm moves in, Hexley Airport looks set to witness yet another disaster. 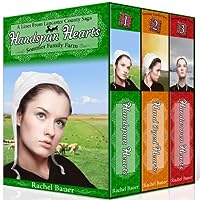 Handspun Hearts – Nineteen-year-old Amish teenager Stella Sommer works on her family farm near Ephrata, Pennsylvania, raising sheep, spinning wool, and making cheese for sale. Happy in her Amish family’s life, Stella hasn’t met anyone she’s romantically interested in since they moved to Ephrata over a year ago. She’s industrious, bright, and a devout Christian who dreams of a marriage as secure as her parents’. Everything is turned upside down, though, when Stella meets two men – one who may test her faith, and another who is everything she is supposed to be looking for. What will Stella decide? Will she stay true to her Amish roots, or will she venture out into the world? We she follow the path that God has planned for her?

Hand Dyed Hearts – Stella Sommer has big dreams for a young Amish woman. She’s starting a new business with Joshua Byler, and he’s the ideal partner. He’s talented, thoughtful, and distractingly attractive. He’s also completely smitten with Stella, and he would be the perfect Amish husband if Stella would only open her eyes to his potential. But Stella isn’t sure that she wants to be the perfect Amish wife, and she has met an English man who gives her a glimpse of what life could be like outside her sheltered Plain community in Ephrata, Pennsylvania. Adam gives Stella a taste of the English world, and she begins to question how she wants to spend the rest of her life. Will Stella be seduced by worldly pleasures? Will she stay true to her faith and her community? Find out in Rachel Bauer’s exciting second installment of the Sommer Family Farm trilogy.

Handwoven Hearts – Stella Sommer has finally made up her mind. She made the tough choice between the two men in her life, and she’s ready to commit to Joshua Byler. Excited to tell Joshua, she’s blindsided when he gives her the cold shoulder and turns his attention to another woman. Though Stella believes that she understands God’s will for her life, she is forced to question whether she is on the right path. Will Stella be able to convince Joshua to come back to her? Does a pretty outsider have the power to steal Joshua away from Stella? You’ll fall in love with the last book in Rachel Bauer’s latest series: Sommer Family Farm. Romance, suspense, and inspiration from surprising sources fill this enchanting new volume. Find out what happens when you let faith guide you in Handwoven Hearts.