The Apocalypsis Immortuos Series by Marco de Hoogh, is a story about people, with all their faults and intentions. Of relationships built and betrayed. Of paths to corruption and paths to redemption. And zombies. A world dies and an epic story begins… 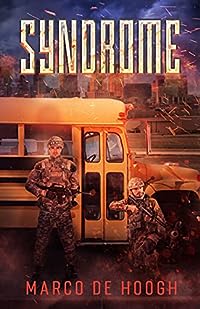 An ancient order plans to unleash their man-made resolution upon the world. They are the chosen few that will inherit the earth. First the crops withered. Then the animals perished. Then it was mankind’s turn.

Not everything went to plan, though. Millions rose up from the dead and became slaves to their programming: Hunt down and destroy the living.

Against all odds, there are survivors. They face a dangerous world, intent on enslaving or destroying them. 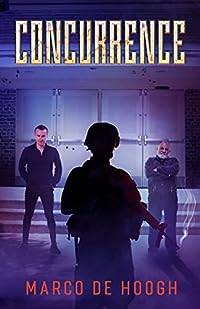 The battle for the new world has begun…

“Epic story. The writer is building something big… ”

“Apocalypse, and Zombies with a mix of Conspiracy for fun. All with a twist from the normal story in this genre.”

Our post-apocalyptic story continues as survivors come to terms with their new reality. Destinies are slowly starting to intertwine, as characters are drawn together to face the same foes. Discoveries are made as a conspiracy is slowly unravelled. Tragedy and shock elevate some to heroism, and trigger the descent into madness for others.

Danger is all around, and it is not just undead. It is growing. It is closing in.

Read along as the story continues in Concurrence, the second volume in Apocalypsis Immortuos 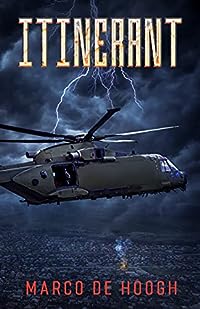 A storm is coming. There is no escape…
It is a time of discovery, as our heroes venture forth on expeditions.

General Theodore Davies rushes to meet an ally, but will it be for naught? Olympus is but a shell, ready to be crushed under the heel of Rosae Crucis. The enemy is at the gates.

John Miller leads a team in search of answers. He knows the coordinates of his goal but doesn’t know if they will make it to their destination and back, or what they will even find.

New characters step out of the shadow and into the light. Their stories are told, and revelations made. What are the things that link them together? A mosaic is slowly being laid; Tile by tile.

In the meantime, the undead continue their mission. They snuff out all life that they find. They heed the call of the collective. They mass together, forming a tide that will wash over the living.

Follow along as events unfold in Itinerant, the third volume in Apocalypsis Immortuos