Yes, I do Need Hay

It’s GO TIME!!!! I showed a lot of self control when I did not put out my Fall decorations yesterday, but now it’s September 2, and I will be releasing the pumpkins!!!! I will put a red leaf here, there, EVERYWHERE!!! Is that a bale of hay? Do I need a bale of hay in the suburbs??? Yes… yes I do. Don’t judge me. 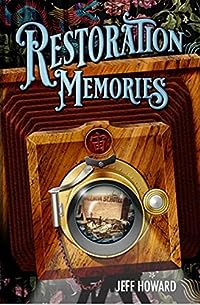 A call from the San Francisco Medical Examiner guaranteed David Albers’ day would be like no other. Given up for adoption the day he was born, he had zero information concerning the identity of his parents or his heritage, until the call telling him his father was at the city morgue.

A call from the San Francisco Medical Examiner guaranteed David Albers’ day would be like no other. Given up for adoption the day he was born, he had zero information concerning the identity of his parents or his heritage, until the call telling him his father was at the city morgue.

He finds a cache of faded photographs at his father’s apartment and takes them to Restoration Memories for repair. It turns out the studio can do more than restore old photographs. It has a method that allows David to step into the living moment in time the picture was taken.

He meets his parents in 1947, his grandfather in 1906, and escapes from the KKK in 1874 with the help of his great-grandmother. He attends Buffalo Bill’s Wild West Show in 1885 and has lunch with his twelve-year old mother at the Stockton State Hospital for the Insane in 1932. He adventures into the past to help reconcile his present.

We exist, he concludes, while dancing in the Mural Room in 1942, because of a million possible intersections of the past. If not for this, that. If not for that, this. 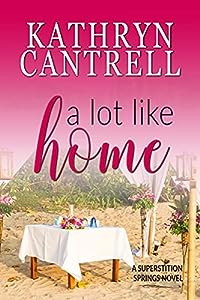 Destiny isn’t a thing in her world. Smooth-talking strangers need not apply…

Navy Veteran Caleb Hardy is determined to atone for past mistakes by helping the old woman whose letters got him through his last deployment. When he and his band of brothers drop into her quirky, dying Texas town, only one thing stands in the way of his redemption.

Superstition Springs native Havana Nixon is convinced letting a big developer into their tiny Texas oasis is the only way to save the town and she’s not about to let a newcomer — no matter how gorgeous — derail her plans. Especially after her aunt tosses out one of her famous “love predictions” matching her with Caleb, also known as the most disturbing man on the planet.

Havana and Caleb can’t even compromise, let alone admit they’re falling for each other… or does one lead to the other?

Welcome to Superstition Springs, the place where destiny is the ultimate matchmaker. All you have to do is believe. 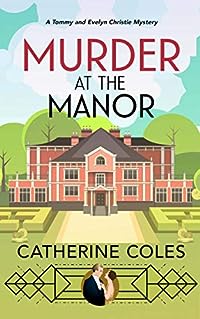 Downton Abbey crossed with Murder, She Wrote… set in a Yorkshire village!

Evelyn Christie has resigned herself to another long, boring weekend at Hessleham Hall, the home of her husband, Tommy’s, family. However, it turns out to be anything but dull when his uncle, the Earl of Northmoor, is shockingly murdered!

Evelyn must use all of her sleuthing knowledge, gained whilst she was a member of the Police force during the war, to find out who the murderer is before the bungling local police force decide the Earl was bumped off so Tommy could inherit his title.

If you enjoy the glamour of bygone eras like 1920s Downton Abbey and gentle, cozy mysteries set in the English countryside then you will love this new series. 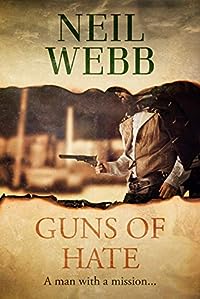 Guns of Hate
by Neil Webb

A man with a mission…

Ken Corbin fled from Broken Dish after being whipped by two gunmen four years ago. His parents had just died in a fire at their ranch, and Corbin was down in the dust after being run out of town.

But a few years later, having fully grown into a man, he is riding back to Broken Dish, a fully fledged Deputy Marshal with a grim job to do.

He is a man with a mission, but duty has to come first! Yet he suspects that his personal troubles are linked with the crookedness that has brought him back officially.

He starts from scratch and rides the trail that Fate has decreed, hunting trouble for the law and shooting it down.
Through a cloud of mystery and cunning traps, he solves the riddle that has haunted him for four years, and he gets the man he wants! 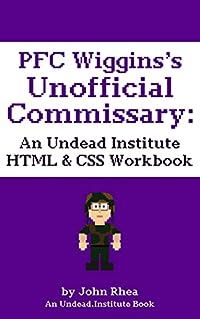 Put those zombie fighting skills to the test with this workbook featuring PFC Wiggins’s side hustle and skills you’ve learned in the first six books from the Undead Institute. You’ll build a website for PFC Wiggins’s Unofficial Commissary, a source of cheese, “meat” and other goods for humanity’s compulsory, post-apocalyptic armed forces. With nothing but your wits and web skills you’ll take the website from a blank page through creating a fully functional, responsive website. You’ll be guided step by step through creating the underlying HTML, using CSS to add color and design and layout, addressing some usability issues, building forms, adding a CSS “boss” mode and converting the site into a responsive design so that it’ll work in any size browser. While anyone possessing a penchant for silliness and zombies with HTML and CSS knowledge should be able to build this website, the six books this workbook was made to accompany are

• Beginner Usability: A Novice’s Guide to Zombie Proofing Your Website

• HTML5 Forms & Interactive Elements: Or How to Poke a Zombie in the Eye

Or if you bought them in their boxed set versions (same books, packaged differently) they go along with

• My First Webpocalypse: A Beginner’s Guide to HTML, CSS, and Usability

So get off your keister and let’s start taking down some zombies!