I am really hoping for some sunshine today. Super nice warm sunshine. The last two Monarch butterflies emerged from their chrysalis yesterday and they are ready to be released. It’s going to drive me nuts not knowing the fate of the ten butterflies that I released over the past few weeks. I wonder if they sensed that the weather would be bad and flew away, or if they perhaps hunkered in a tree and that’s where they will hibernate for a while. The Passion Vine butterflies were going nuts yesterday, flying all over the place chasing each other. They hunkered down somewhere safe while the storm was dumping all that water on us. A few teenie tiny cameras that I could attach to the Monarchs would be pretty useful right now. 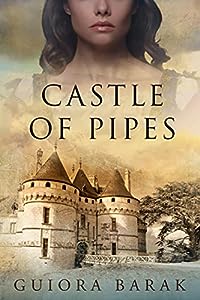 Castle of Pipes: A Historical Novel
by Guiora Barak

France, the 15th century. Jeanne d’Arc, a young peasant girl, accepts the responsibility of leading the French military to war against the English, and even helps the royal heir be crowned king, only to be later betrayed by him and burnt at the stake by the English in the northern port city of Rouen.

France, 2014. Oded Yehudai embarks on a journey in the footsteps of Jeanna d’Arc, his idol since childhood. A chance stopover in a quiet picturesque town to smoke his pipe leads him to an ancient castle, filled with pipes.

His willingness to solve two pipe-related riddles and a short search through the ancient documents discovered in the castle’s rich library are about to completely change his life and reveal hidden facts that will affect all of history. How is the shocking discovery related to Jeanne d’Arc? And how will Oded’s fascinating journey in France end?

The two corpses are mutilated. Naked. Frozen solid. It’s only a matter of time before the killer strikes again.

With no evidence, no leads, and no clues, the local PD has no choice but to call in the FBI.

Enter FBI recruit Chase Adams. While she may be new to the Bureau, Chase is no rookie when it comes to murder. First a Narcotics Officer in Seattle, then a NYPD Detective, Chase has insight into the workings of some of the most demented minds of our society.

But this case will push even Chase to the limits-it’s like nothing she has investigated before. The local PD thinks they have things wrapped up nicely, but Chase isn’t at all convinced. When a third and fourth body surfaces across the country, Chase realizes that she is on the hunt for a killer whose murder spree knows no boundaries.

What sort of animal could commit such atrocities? And why?

Chase fears that these murders are only the beginning. But what she doesn’t know is that as she closes in on the murderer, he’s closing in on her.

This might be FBI recruit Chase Adams’ first case, but if she doesn’t catch the killer soon, it may also be her last. 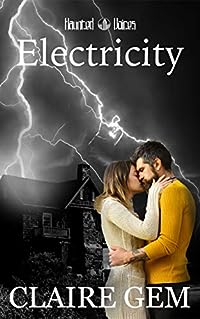 He’s a coworker who’s interested in more than her ability to run conduit.

The building they’re rewiring was once an insane asylum… but it appears some of the patients never left.

Mercedes Donohue pulled up roots in Atlanta when her marriage imploded. She’s come back to New England, to the place where she was born. Mercy’s focus is to stabilize her teenage son’s life — he took the breakup pretty hard — and to establish her place, gain the respect of Progressive Electrical’s team.

She never expected so many sparks to fly so soon, both on the job and after hours.

Daniel Gallagher has been alone since his fiancé’s death. He’ll never feel that way about any woman again, and certainly won’t try with another independent, strong-willed one. Then Mercy short-circuits his plans.

Although the asylum closed its doors over thirty-five years ago, Mercy & Daniel quickly realize the abandoned building is very haunted.

If you like a heart-melting romance laced with healthy dose of supernatural thrills and chills, you’ll love Electricity. 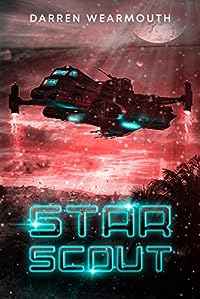 Grab the next installment now at a special launch price! https://smarturl.it/northone

Felix North was framed for murder but has a shot at freedom… Hunting an elusive, legendary ship that has devastated Commonwealth forces… But what he finds is worse than anyone had imagined, and might spell the end for humanity.

Felix North was one of the Commonwealth’s best soldiers until he was framed for murder. He is given a chance to win his freedom on a near suicidal mission, though nothing is what it seems. Allocated a call sign he hates, and with a crew of misfits, Felix ends up facing the vanguard of a mass invasion.

Nobody expects them to survive and become the first line of defense against a galactic onslaught. But enemies and friends alike have been underestimating Felix. And he has revenge in mind if he beats the impossible odds. 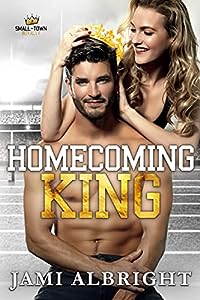 The king of the gridiron is about to get sacked by a beauty queen with a grudge as big as Texas.

Pro quarterback, Cash King rolls into Ryder, Texas looking for a little TLC and an ego boost from the townspeople who call him their favorite son. But that ain’t happening. Which is just the cherry on top of the crap sundae that is his life.

His football career is hanging by a thread.

His mom isn’t speaking to him.

His hometown is out for his blood.

And Tiger Lyons, the girl he did wrong in high school, is supervising the renovation of his new home… and living in his pool house.

How’s the league’s premier quarterback supposed to rehab his battered body and regain his starting position, when the woman who still owns a piece of his heart — and now hates his ever-loving guts — is in his face 24/7? 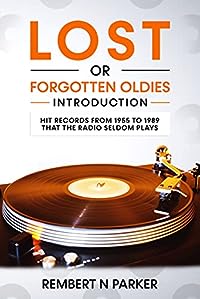 Lost or Forgotten Oldies Introduction: Hit Records from 1955 to 1989 that the Radio Seldom Plays
by Rembert N Parker

How can you search for oldies you want to hear when you’ve forgotten them? Radio doesn’t play a lot of those oldies anymore, even though you would enjoy hearing them again. This book offers you access to over 150 links to YouTube videos for Lost or Forgotten Oldies as well as history about the artists and their songs. Here are some examples of the music history and trivia you’ll find in Lost or Forgotten Oldies, starting with this Introduction to the series:
Doo-wop, Country, R&B, instrumentals, and novelty records that made the top forty but are now ignored by most radio stations.
A mother who paid $100 to get a demo made for her son’s group.
A record that was a remake of a foxtrot instrumental from 1937.
An artist whose biggest hit was released using another singer’s name.
A record inspired by a woman dancing in front of a concert stage.
A group that had the least successful charting single from the Hair.
A singer that Bill Cosby tried to blacklist.
A group that took their name from a 1967 television western.
A group that was discovered and produced by The Duke Of Earl.
Two singers who formed a group with Glen Campbell.
A song that five different artists took into the Hot 100.
A group that listened to 500 demo tapes in search of a lead singer.
A singer who played in an all-girl string quartet.
Buy the book now and start reliving a past you almost completely forgot about!