Made With Love, Now Take IT!

This weekend’s Halloween themed camping trip was both the last camping trip of the year, as well as the first holiday activity of the season. It was the perfect end to the summer season and beginning of Fall for me. Now it’s time for me to concentrate on decorating for Halloween. I already made two new cute and in no way gory, zombie children to add to last year’s zombie children front yard decorations. YES! I am ahead of the game! I still have to put them out, but that is the easy part. A few stakes in the ground and a little puck light shining on them and I am done! The only other thing that was weighing on my mind was the Halloween lanterns hubby and I made and was selling locally online.  I was obsessed with checking the listing every ten seconds to see how many people had seen them and if I had any messages about buying one. Thankfully, I was really lucky to have a local coffee shop let me display them in his shop, so I was able to take the online listing down and sell them exclusively in his store.  Now I can sit back and not obsess over it. If they sell great, if not I will give them to friends and family. Whether they want them or not. Hahaha. They will have to take them because I made them… with LOVE!

“Most on this world know nothing of such a dark place… ”

Nera, a plane-cursed thief, lives in Nexus, a city forever cast in twilight, constructed around a great Machine built by immortals to align all the planes together. Nera grew up an orphan on the streets, scorned and mistrusted for her fiendish heritage, and was sentenced to ninety-nine years of slave labor in the great foundry for a petty crime. She would like nothing better than find a way to somehow reduce her onerous sentence or remove altogether the cursed collar clamped around her neck.

Malek is a young apprentice mage with a bizarre and dangerous power that he struggles to control. After his teacher is kidnapped by a strange group of soldiers, he tracks the group to Nexus, seeking to rescue his master.

Their fates will be forever intertwined as they are swept up in events beyond their control. A fragile truce holds in Nexus, maintaining a balance where neither good nor evil can gain the upper hand. Yet all is not well in Nexus, for in the darkness festers the wicked ambitions of those who seek to swing the balance of power forever in their favor.

The Twilight City is the first volume in Nexus of the Planes, an epic fantasy series from the author of Extensis Vitae. 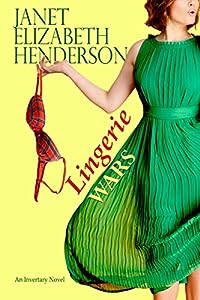 Englishman Lake Benson loaned his life savings to his dippy sister so that she could buy a shop. It was a big mistake. His sister has been steadily flushing his money down the drain – and now he wants it back. Years in the special forces taught Lake that if you want a job done, do it yourself. So he steps in to make the shop profitable, sell it and get his money back. The only problem is, the business is an underwear shop. And all Lake knows about underwear can be summed up in how fast he can unsnap a bra. To make matters worse, the tiny highland town already has a lingerie shop. A successful one, run by an ex-lingerie model. A very gorgeous ex-lingerie model, who’s distracting him from his mission more than he’d like to admit. If Lake wants to get his savings back, and get out of Scotland, he only has one option – wipe out the competition.

Kirsty Campbell has spent years rebuilding her life after she woke up in hospital in Spain to find her body scarred, and her ex-fiance had run off with all her money. The last thing she needs is a cocky, English soldier-boy trying to ruin all she has left. Her home town is only too happy to help her fight the latest English invasion, although Lake is beginning to sway them with his sex appeal and cut price knickers. With the help of her mother, and the retired ladies of Knit or Die, Kirsty sets about making sure that her shop is the last one standing in Invertary.

It’s Scotland versus England as you’ve never seen it before. It’s lingerie war. 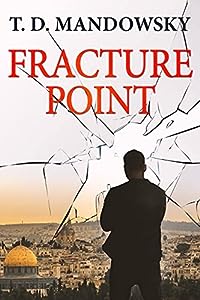 He thought he was done with war. He was wrong…
Just days before Itay Evron completes his training with Israeli Security Agency, a savage terrorist group brazenly abducts a young corporal who, with his extraordinary memory, could give the murderous faction an unfathomable advantage — with terrifying consequences.

A former soldier distinguished for his bravery, but also a man broken by the brutalities of war — Evron meets and falls in love with Donna, a stunning university student with a magnetic smile and a full-bodied energy that brightens his very existence — to the depths of his fractured, war-ravaged soul.

His new job with the ISA, and Donna’s love, give Evron hope for a second chance at life — a future worth living.
But now, with time running out, and the balance of power in the Middle East at stake, Evron must face his greatest fears and sink back into the darkest depths of his past – even at the risk of his own destruction – to save not only the soldier, but countless innocent lives.

This enemy is unpredictable, deadly, and invisible. But the only one who can take them on and prevent a nation’s destruction — is a man broken by war.
Can Evron rescue the young corporal, halt the annihilation of the ISA, and safely return to Donna — his love — his reason for living?

Revolt of the Rats: A Dark Fantasy Novel
by Reed Blitzerman

The first in a series by mystery thriller author Reed Blitzerman. Revolt of the Rats features two heroes, separated in time by fifty years. Bosnian War veteran Kahle Desireau is young and wild, with an ability to see auras and the black smoke exhaled by the sentient dead. Eli Steiner has just returned from WWI. His ability to see the future has a blind spot called the Great Depression.

After leaving Bosnia, Kahle follows a woman to a dying factory in Frampton, Ohio. For her love, he’ll compete with Motomax’s handsome CEO and join a desperate fight for the factory’s survival. But his love interest is more than he bargained for, and the darkness that he’d hoped to escape has followed him.

Eli Steiner is no stranger to challenge. But in the shadow of the Great Depression, the banks aren’t lending. The ground has dried hard and turned to dust. Without a crop loan, he and his small family will lose their farm. When a yellow roadster comes to town, they may lose more than that.

This is book one of five in a complete series. 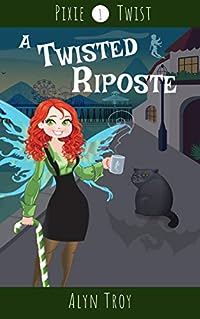 A town of wonky magic. A fencer stabbed by her own blade. Can Twizzie untangle the twisted mystery?

Twizzle Twist isn’t your normal real estate pixie. Nor is St. Maurice your normal Southern California town. The magic in the valley belches at the worst time. The faerock vein in St. Mo marks the local fae in uncomfortable ways. Twizzie’s mismatched wings and bum leg are the least of her worries when a showing becomes deadly.

The house-hunting lunges off-target when the first showing comes with more than she bargained for. The owner is dead, stabbed in the back with her own sword.

The seaside town of St. Maurice’s has one of the few remaining amusement piers on the west coast. And someone is twisting the town council to tear it down. If that happens, it will be the end of Twizzle’s home above the carousel.

With a murderer on the loose, a cute vampire she needs to sell a home to, and the imminent demise of her home on the pier, Twizzie has too many strikes to dodge all at once.

Will Twizzie and her friends pull the right cord to untangle the twisted knot of intrigue in their sleepy SoCal town? Can they do so before the killer lunges again?