It’s a “Buy an whole chocolate cake and eat it all by yourself on the floor” kinda day. Not a bad day, I just want a cake… the whole cake. 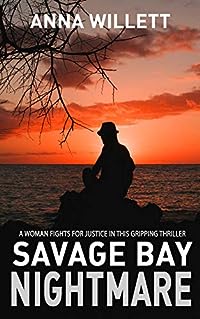 When Lucy Hush’s brother is framed for murder, the race is on to find the real culprit.

Tim Hush is a drifter who prefers the solitude of the vast Australian wilderness to human company. But he falls for an attractive woman he meets by chance when camping on a beach.

Soon, however, he will find himself in custody for her murder.

Knowing that her brother’s mental health is unstable, but equally sure this gentle soul could never harm anyone, investigative journalist Lucy heads to the small coastal town of Savage Bay.

Exonerating her brother will entail piecing together the truth about what happened that one fateful evening when Faith Alison was killed in her home.

Aided by Damon, her dependable boyfriend, Lucy begins to get noticed by the townsfolk. But not all of them will welcome her presence.

Trying to help her brother will put her in danger. Was Lucy right to have such trust in him? And when she does discover the truth, will it be too late to put things right? 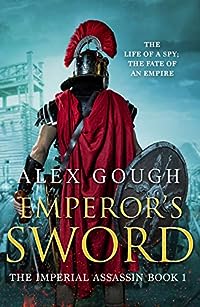 Roman scout Silus is deep behind enemy lines in Caledonia. As he spies on a raiding party, he is abruptly discovered by an enemy chief and his son.

Mounting a one man ambush, everything quickly goes wrong. Silus must run for his life, the head of the enemy leader in his hands. Little does he know the price he will pay…

As Silus is inducted into the Arcani, an elite faction of assassins and spies, he must return to Caledonia, back into the wilderness, and risk everything in the service of his Caesar. The odds don’t look good.

Failure is not an option. 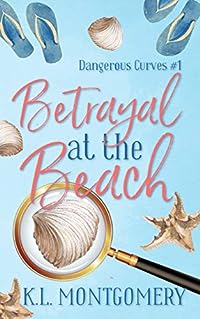 When tragedy strikes the Bryce Beach Public Library, the choice is clear for librarian Sunshine Baker: solve the mystery or lose her job.

Despite having no prior sleuthing experience, Sunshine feels uniquely qualified due to her ninja YA librarian skills and all those Nancy Drew books she read as a kid. With the help of children’s librarian Molly Simmons and cataloguer Evangeline Dupree, Sunshine and her colleagues scour Bryce Beach for suspects, clues, and the stolen treasure.

Can she and her squad recover the proceeds from the library’s annual fundraising gala and Bryce Beach’s most priceless historical artifact, the Bible with the town’s founding fathers’ signatures?

But here’s the most vexing question of all: could one of Sunshine’s colleagues be a backstabbing traitor out to destroy the library? As Sunshine always says, “Jesus, take the wheel!”

Join Sunshine and her fellow librarians on their adventure to find the stolen treasure and save the Bryce Beach Public Library. Scroll up and one-click this cozy Christian mystery today!

Betrayal at the Beach is the first book in the Dangerous Curves cozy Christian mystery series, set in the fictional small town of Bryce Beach. YA librarian and amateur sleuth Sunshine Baker, who hates her name and can’t even bake an edible muffin, always manages to put the puzzle together just in time to avoid disaster! Join this curvy redheaded librarian on her quest to keep Bryce Beach safe… and well-read, of course. 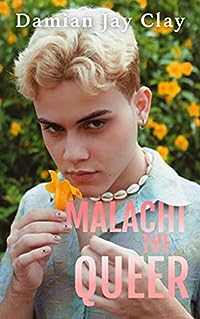 Finding the truth about who you are is only the first step. The second is fighting to hold onto it.

The son of a Baptist pastor has a secret: he’s gay. When his family discovers his secret, they send him to a gay conversion camp where his resolve is put to the ultimate test. From the depths of the profound darkness of what he is forced to endure, he may discover there is love and light to be found.

A genius and a good Christian boy… That’s the general opinion people have of Malachi Russell – so smart, quiet and well behaved. The perfect son for a celebrity, Baptist pastor.

But Malachi has secrets he’s kept hidden for the past three years. He doesn’t believe in god and, what’s more, he’s beginning to realise he’s gay. These are things he knows he must keep hidden until he can escape his family because he knows they will never accept them.

When his father begins to suspect that Malachi has developed feelings for men, he sends him to a gay cure camp in the middle of nowhere. Handcuffed and forced into the back to a people carrier en route to the camp, Malachi wonders: Is it possible to be so sure about yourself, to be so sure of who you are and yet still be terrified that you can be changed, not by evidence or reason but by indoctrination and fear?

Only his time at the brutal camp will tell.

“Strongly written and with a memorable cast of characters who will stick in your mind long after you’ve finished reading, this is a redemption story that will have your full attention until you’ve turned the final page.” Writing from the Tub. 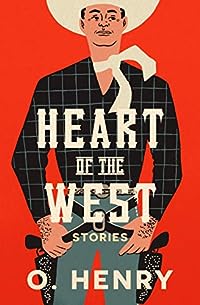 Heart of the West: Stories
by O. Henry

America’s most popular short story writer saddles up and heads west in nineteen frontier-themed tales, including “The Caballero’s Way.”

Known for his surprise endings, O. Henry turns his attention to the American West in tales of lawmen and outlaws, cowboys and prairie princesses — running the gamut from laugh-out-loud humor to tear-jerking pathos.

“The most memorable stories from this collection are both a bit different from the rest. ‘The Sphinx Apple’ is the one story that does not seem pat or easy; here the last few paragraphs put a dead end to the fanciful flights of the rest of the story, and silences all the characters with delicate irony. ‘The Caballero’s Way’ is grand-opera tragedy, complete with love, betrayal, and revenge… They are all written with wit, love, and that little bit of wisdom that makes you love the vagaries of humanity… even the most sentimental ones.” — Vintage Novels