Not So Nice Today

I ate my cake too late last night and I had some pretty bad nightmares. I knew I would. I guess one side affect of turning into an adult is having nightmares from food and waking up the next morning with sugar hangovers. I am quite bitter about this. If I am going to wake up with a hangover I want it to be from alcohol and wild night. That’s not going to happen though. My heavy drinking days are behind me. Plus, if I have a drink I usually do it in the afternoon or early evening, so if I was going to get a hangover it would be that night. HA! I don’t like to go out late at night anymore. Too lazy. I know the youngsters are going to be out partying hard this Halloween. After having to still quarantine last Halloween, I feel they are going to make up for it this year. We live in a college town so we see a lot of kids running around acting like… well wild kids.  I take an unhealthy comfort in knowing they will be hurting Monday morning when they have to go to school. I know.. I’m not nice sometimes. Jealousy is a wicked thing. 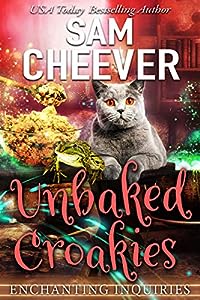 How in the name of the goddess’s favorite sports bra am I going to do this Magical Librarian job? I have no idea what I’m doing. And the woman who’s supposed to be training me is… well, let’s just say she’s distracted and leave it at that. I guess I’ll bumble through. It’s become something of a trademark move for me.

My name is Naida Griffith and I’m a sorceress. I actually found that out not too long ago. I’ve lived with an undefined something burning in my belly for a while, feeling as if something wasn’t quite right under my skin. Then, on my eighteenth birthday I started getting headaches. Bad ones. And random stuff started following me around.

Recently I was approached by a group called the Société of Dire Magic to become Keeper of the Artifacts. A magical librarian. Given that magical artifacts have taken to following me around, I decided I might have an aptitude for the job. So I said yes.
But in the first few days, I’ve been flogged by flip flops, bludgeoned by gnomes, and discovered a corpse in a suitcase. Then there’s the woman who’s supposed to be training me. She’s… interesting.

Will I survive the training long enough to get the job as an artifact librarian? You might as well ask me if a caterpillar gets manis or pedis. Who knows? But I know one thing for sure. This gig is hard.

I’m going to do my best to succeed. Or die trying. 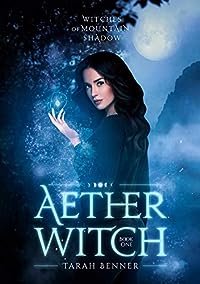 Premonitions of death. Murder in a small town. A killer is on the loose, and the coven fears it might be one of their own.
The Grimes sisters aren’t normal — even by witches’ standards. For weeks, Fiona has been having chilling visions of death, and Eleanor sees restless spirits nearly everywhere she goes. It doesn’t help that Mountain Shadow is a strange place to begin with, where rumors of curses fly as fast as salt-water taffy on a warm summer day.

When a string of gruesome murders rocks the small town, Fiona and the rest of her coven begin to worry that a fellow witch may be the killer. Even worse? A witch hunter has just moved in next door, and he suspects the coven.

When it seems that Eleanor might be the next victim, it will take an unlikely alliance and all the witches’ combined powers to stop the killer before it’s too late.

Aether Witch is Charmed meets Gilmore Girls. If you love a dark supernatural mystery with witty banter and unforgettable small-town characters, this book is for you!

Bex tried to move on, but her thoughts never strayed far from Aiden.

As teens, Aiden broke Bex’s heart to protect her from a secret. A life changing, devastating secret. Since then, Aiden’s secret has grown worse.

Bex tried to move on. She went to college, became a famous rockstar, and dated other people — but her thoughts never strayed far from Aiden.

What happens when they meet again for their ten year high school reunion? Will secrets keep them apart? Will their love rise above the challenges ahead?

Follow Aiden and Bex as they find out in Book 2 of Lovely Oblivion!

AUTHOR’S NOTE: This book is part of a series featuring female rock band Lovely Oblivion. All books are standalones — no cliffhangers allowed! Each book focuses on one of the band members and features a different trope (i.e. bodyguard/rockstar, second chance, friends-to-lovers). The Lovely Oblivion bandmates are all strong, sexy, and sassy. Plus, their significant others are all book boyfriend material. Every book has an HEA. Enjoy! 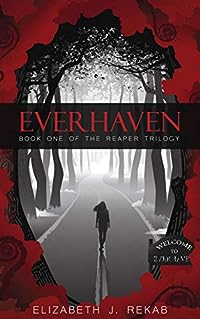 Everhaven: Book One of the Reaper Trilogy
by Elizabeth J. Rekab

A town not even the Dead can escape. A teen who dreams of freedom. Can Abbie save her loved ones before Everhaven claims their souls forever?

17-year-old Abigail Walters knows that after an Everhaven resident dies, they will come to her, just as she knows she will always be an outcast due to her late father’s crimes. What’s more, she can’t leave Everhaven no matter how badly she may want to escape. No resident can cross its border into the outside world.

When a string of random deaths and missing corpses plagues the town, Abigail begins to wonder whether her own father’s death was accidental, or if he was punished for seeking something he was never meant to find. Unable to trust the authorities, Abigail embarks on a mission to finish what her father started; uncover the truth of a terrifying town conspiracy that threatens a fate far worse than becoming a restless corpse… 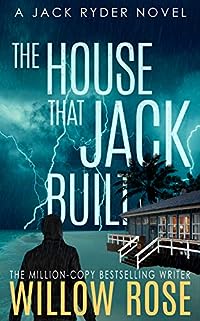 The House that Jack Built: An edge of your seat serial killer thriller (Jack Ryder Book 3)
by Willow Rose

Scott Kingston is afraid of monsters. He thinks they’re lurking outside his bedroom window at night when his mother tucks him in. He asks his mother to keep the light on to scare the monsters away. But that light is exactly what lures the kidnapper to his window and the next morning, Scott Kingston is gone.

Twenty-eight years later, Vernon Johnson is released from jail after spending the biggest part of his life on death row, convicted of having kidnapped and killed Scott Kingston. As so many times before, he has appealed his case, but this time, the judge decides to let him go. A witness has finally told the truth, and there is no longer sufficient evidence to keep him in jail.

But shortly after Vernon Johnson is released and has returned to his childhood town, another child disappears, and soon all eyes are on him again.

Jack Ryder is getting ready to build the house of his dreams while hoping that Shannon won’t end up in jail for the murder her ex-husband committed. She is expecting their child and the pregnancy, along with the worrying, takes a toll on the both of them, especially when a dark secret is revealed about the lot where they are preparing to build their house.