Happy Friday! The first of the Monarch butterflies that came from eggs laid from the first Monarchs I raised has emerged. He or she looks AMAZING!! I learned my lesson this time and I will set it free as soon as another butterfly emerges. I think I more success with them when I released them with other Monarch Butterflies. I am wondering if I need to cut my milkweed back now so the Monarch migrates, or leave it up for a few days so it knows that this is the place that has milkweed. It’s not like I can put up a little sign asking them to come back next year. I don’t want them to lay more eggs when it is getting so late in the season. Looks like I will be going to the school of YouTube today. I better get cracking before the rest of them emerge. 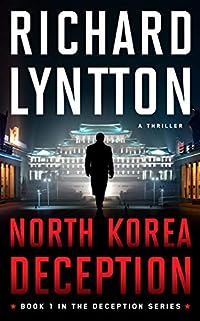 An unimaginable nuclear disaster. Thousands of lives at stake. One man can prevent it… as a global conspiracy plots his assassination. Buckle up NOW for this gripping, action-packed thriller of international intrigue, espionage, suspense & deceit…

Can a reporter who hates corruption stay true to himself when lives are on the line?

Is he being set up?

Jack Steele survived the first Gulf War, Bosnia, and his time as a UN Peacekeeper. As a captain and tank commander, he saw the dark side of war. Skilled in language, he speaks Russian, German, French, and Bosnian. That’s why they sent him.

Two UN Officials have gone missing. They were last seen in the Tumen Triangle.

A 324-mile river that borders Russia, China, and North Korea, it’s a place few Westerners have heard of or understand. It would be a prize-winning story if he could crack it. Sometimes fate puts a person where they need to be — and then he saw the child fall beneath the ice.

When Steele rescued the boy, it was the first domino to fall.

Would it lead to North Korea launching a nuclear missile and taking the lives of thousands of innocent citizens?

You’ll love this high octane, adrenaline rush of an international action thriller with twists, turns, an impossible romance, and excruciating choices: Jack Steele must risk his marriage, his job and his loyalty to Queen and country – if he survives. How will the puzzle fit together? 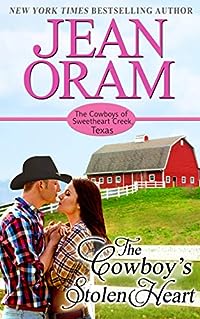 NYC fashion model Laura Oakes longs to be taken seriously. When an inheritance brings her to Sweetheart Creek, Texas, she shucks her old life and dives headlong into small town living. Too bad the handsome and serious cowboy Levi Wylder she’s crushing on sees her as nothing more than a princess.

Was it the sparkly cowboy boots? Because it couldn’t be due to how she stepped in and calmed that rearing horse outside his stable.

The last thing Levi Wylder needs is a high-maintenance woman interfering with his plans. But that’s exactly what he gets when his family ranch suddenly finds itself without a riding stable manager. And the only person he can find to fill those empty boots is a woman who buys her footwear based on looks alone.

But when Laura steps into the ring, Levi discovers there’s something about this beautiful stranger that he completely underestimated — such as her ability to steal his well-protected heart.

The Dreaming Land I: The Challenge (The Zemnian Series Book 5)
by E.P. Clark

All’s fair in war. But what about love?

Valya is a warrior. It is her strong will that holds the steppe, the freest, wildest, most war-like of the provinces of Zem’, and it is her strong sword that defends it from raiders. But now, as a growing demand for Zemnian slaves threatens her people, a call from the Empress in Krasnograd requires Valya to leave her native land behind and take up her other duty, as unpopular heir to the Wooden Throne.

In order to save her beloved Zem’ from the enemies both outside and inside its borders, Valya must find out what secrets her sister princesses are keeping, face up to her scandal-ridden past, and woo the son of the woman she hates most in the world. Valya believes that all is fair in war, but in love she’s not so sure. With the fate of her family and her country riding on her shoulders, though, there may not be time for scruples.

A continuation of the story begun in the award-winning novels The Midnight Land and The Breathing Sea, The Dreaming Land I: The Challenge is the first installment of the concluding trilogy of this epic saga about the matrilineal world of Zem’, where trees walk, animals talk, and women rule. This subversive blend of high fantasy and literary fiction will appeal to fans of classical Russian literature and contemporary fantasy alike. 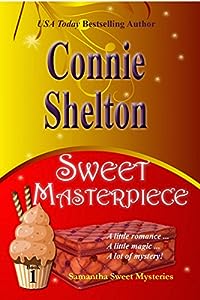 USA Today bestselling author Connie Shelton introduces her most delightful cozy mystery series yet — with a little romance, a little magic and a whole lot of chocolate! With nearly 2 million books sold and downloaded in more than 110 countries, see what the fuss is all about! Samantha Sweet breaks into houses for a living. But when she encounters a dying woman in one such house and a backyard grave at another, handsome deputy Beau Cardwell shows up and — well, things get complicated.

A small mural painted inside a closet in the abandoned house provides clues and Sam is caught up in Beau’s investigation. A fortune in artwork, a bogus will, and a wooden box that seems to give Sam powers she never dreamed she possessed — it all adds up to a dynamic paranormal romantic mystery.

Then, there is all that chocolate! Sam’s real goal in life is to use her elegant baking skills to open her own pastry shop, Sweet’s Sweets. She’s gaining quite the reputation as a baker with a magical touch, but a few obstacles stand in her way. Her grown daughter shows up on her doorstep — jobless and homeless; her bank account is at an all-time low; and trying to work from the tiny cramped kitchen in her home is becoming impossible. Somehow, Sam copes and she finds that her dreams might just have a chance of coming true.