I only have a few more weeks left until a small snitch of an elf moves in for a month. It’s my fault. I invited him into our lives. Not sure why I thought having a judgemental little elf in my house, watching our every move and then running off to Santa and telling on us, was a good idea. I am pretty sure I would have gotten that Ferrari a few Christmases ago if the elf hadn’t told Santa about me stealing my baby basset’s candy… daily. 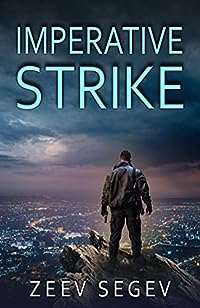 For years he has been reigning terror over his country and people, will someone manage to stop him this time?

Dozens of years after murdering and removing the previous ruler from control, Ande, the omnipotent dictator of Ogada, is on being targeted by the western world.

In a remote village near the border, British secret agents are preparing his assassination via a new and unique method, meant to prevent the endangerment of innocents. But they were not expecting their path to be so wrought with challenges and danger.

If they want to successfully complete their mission, they must eliminate everything in their way. But what they don’t know is that bloodthirsty Ande has other plans for them.

Imperative Strike is a fast-paced espionage thriller which will keep you riveted from start to finish. 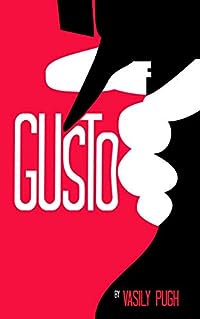 Gusto: The Jet Black Comic Thriller with a Twist
by Vasily Pugh

A more-than-meets-the-eye housekeeper. An unrelenting and demanding feminist boss. The question is, who is actually using who? When their worlds eventually clash, only one can come out on top!

Eliska Hudakova is from Slovakia. Hired to work as a housekeeper for a demanding and bitter academic, there’s a lot more to her and her past. Not quite the delicate nobody her boss assumes, she will not stand idle when push comes to shove.

Elizabeth Clement-Walters is a hyper critical, acerbic former feminist icon. Determined to make the work as arduous as possible for the seemingly inoffensive immigrant worker, she has no idea what she is letting herself in for.

As their realities begin to clash, tensions rise and the dynamic between the two changes. A game of cat-and-mouse ensues bringing their pasts into the equation, and raising the stakes at every turn of event.

But who will prevail?

From the writer of the acclaimed comedy thriller, The Insomniacs Club, comes another very different take on a familiar genre. Full of the wit and action, Gusto is the latest dollop of the utterly unique for readers who think they have read it all. 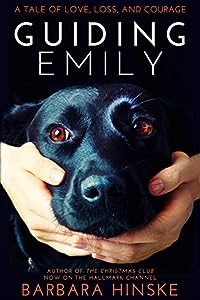 Guiding Emily: A Tale of Love, Loss, and Courage
by Barbara Hinske

Sometimes the perfect partner has four paws… Emily Main had it all: a high-powered career with a leading technology giant and a handsome fiancé bounding up the corporate ladder. Their island wedding and honeymoon were idyllic-until a tragic accident causes her retinas to detach.Her well-ordered life is shattered as all treatments are unsuccessful and she slips into blindness. How will those around her cope with her tragedy? Can she rebuild her life in this most unwelcome, new normal?Meanwhile, a black lab puppy named Garth fulfills his destiny to become that most esteemed of all creatures: a guide dog.Guiding Emily is a heartwarming tale of love, loss, and courage as Garth and Emily make their way to each other. 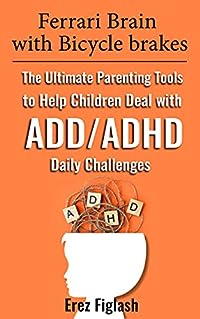 A practical guide for parents of children with attention deficit disorders, offering useful tools for healthy and correct management of the disorder.

As parents of children with attention deficit disorders (ADD or ADHD), you are no doubt already familiar with the daily struggles that accompany these disorders: difficulty in educational settings, a sense of failure, low self-esteem, social struggles, and much more.

Along with the difficulties faced by your child, you, the parents, find yourselves in a new and unfamiliar territory, confronted with considerable challenges.

Erez Figlash is an experienced personal coach for children and teens with attention deficit disorders, learning disabilities, and functional and adjustment disorders. Ferrari Brain with Bicycle Brakes is a direct product of Figlash’s work with thousands of patients over the last two decades.

This book is the ultimate guide for any parent wishing to better understand how every facet of their child’s life is affected and influenced by their attention deficit disorder. It offers practical tools for helping parents to minimize these effects and provides answers for important questions such as the following:

• Which medical and alternative treatments are available today?

• How and when should children be diagnosed?

• What are the risks of neglecting treatment of attention deficit disorders?

• What must I do to keep my child on the right track?

Figlash writes in simple, easy to understand language, and his book’s short chapters make it perfect for parents who suffer themselves from attention disorders and hope to learn how to better lead a life in the shadow of ADD or ADHD. 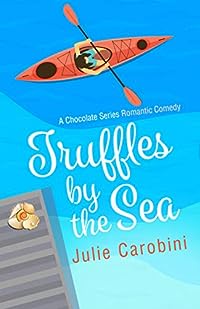 Truffles by the Sea: A Chocolate Series Romantic Comedy
by Julie Carobini

Sometimes all a girl has left is chocolate…
Gaby Flores has a penchant for drama and an unfortunate knack for dating Mr. So Wrong. After breaking off yet another relationship, watching her apartment building burn to the ground, and discovering that her dippy delivery driver has run off with most of her business, Gaby decides it’s time to turn things around.

So she moves to a tiny waterfront loft and takes on a new motto: Be gullible no more! With help from her best friends, Bri and Livi, she works to rebuild her flower shop–and her bank account.

But when a lawsuit, an eviction notice, quirky neighbors, and two surprise romances invade her beach world, Gaby’s motto and fledgling faith are put to the test.

Will Gaby, who is prone to disaster in both work and love, finally find her happily ever after?