Christopher Greyson’s novel weaves a tale full of mystery, action and suspense with laugh-out-loud humor and sizzling romance. His unique stories and no-nonsense style of writing will take you on a page-turning roller coaster ride of emotions right up until the very end. 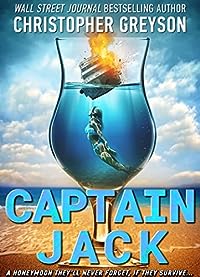 This will be a honeymoon they never forget, if they survive…

Looking forward to some fun in the surf and sand, newlyweds Jack and Alice Stratton are determined not to let something like a hurricane upset their honeymoon plans. But the storm’s winds and churning tides unearthed a secret long hidden beneath the turquoise waters of the island paradise.

A tour boat captain discovers a lost submarine and offers to sell its location to a man known only as the Dyab — the Devil. When the captain is murdered, the police suspect Jack and Alice and confiscate their passports. Trapped between the Devil and the deep blue sea, the handsome young detective and his blushing bride have nowhere to turn and everything to lose as they set out to prove their innocence and find the real killer…

Captain Jack is a riveting thriller that takes murder mysteries to a whole other level. Filled with action, intrigue and suspense, this book delivers compelling twists and crafty schemes along with some laugh-out-loud honeymoon antics. 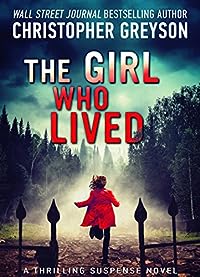 The Girl Who Lived: A Thrilling Suspense Novel
by Christopher Greyson

Ten years ago, four people were brutally murdered — one girl lived.
No one believes her story. The police think she’s crazy. Her therapist thinks she’s suicidal. Everyone else thinks she’s a dangerous drunk. They’re all right — but did she see the killer?

As the anniversary of the murders approaches, Faith Winters is released from the psychiatric hospital and yanked back to the last spot on earth she wants to be — her hometown where the slayings took place. Wracked by the lingering echoes of survivor’s guilt, Faith spirals into a black hole of alcoholism and wanton self-destruction. Finding no solace at the bottom of a bottle, Faith decides to track down her sister’s killer — only to discover that she’s the one being hunted.

How can one woman uncover the truth when everyone’s a suspect — including herself? 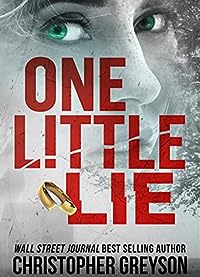 One Little Lie: A Thrilling Suspense Novel
by Christopher Greyson

A LIE IS A WELCOME MAT FOR THE DEVIL…

Kate had high hopes when she moved to her husband’s hometown, but her domestic bliss was short-lived. Blindsided by her spouse’s public affair with his high school sweetheart, Kate’s determined to hold onto custody of her kids and pull herself together. When Kate’s struck in the head by a drone at her son’s soccer game and face-plants in the grass, it’s more than her self-esteem that’s shattered. The drone’s footage reveals that someone is stalking her. And though the handsome detective she’s falling for vows to protect her, Kate knows to be wary of any man making vows.

With things spiraling out of control, she tells a lie. It was only One Little Lie, but her grandmother always said, a lie is a welcome mat for the devil, and with the one she told, Kate just rolled out the red carpet. Everything she worked for begins to unravel, along with her sanity. Confused, alone, and afraid, can Kate untangle the web of lies and unmask her stalker, or will she lose everything — including her life? 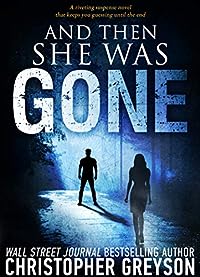 What’s done in the dark will be brought to the light…
The silhouette stood at the edge of the woods like a spider watching a fly enter its carefully crafted web. Only a few more steps and she’d be within its grasp.

Stacy Shaw has her whole life ahead of her. New job, new house and now a baby on the way–everything she’s ever hoped for is finally coming true. But on a warm summer night on the way home from work, she vanishes. The police race to find her, but the clues don’t add up. Conflicting facts emerge as her story twists and turns, sending the trail spiraling in all directions.

A hometown hero with a heart of gold, Jack Stratton was raised in a whorehouse by his prostitute mother. Jack seemed destined to become another statistic, but now his life has taken a turn for the better. Determined to escape his past, he’s headed for a career in law enforcement. When his foster mother asks him to look into the girl’s disappearance, Jack quickly gets drawn into a baffling mystery. As Jack digs deeper, everyone becomes a suspect–including himself. Caught between the criminals and the cops, can Jack discover the truth in time to save the girl? Or will he become the next victim?

A riveting suspense novel that keeps you guessing until the end.

The Adventure of Finn and Annie is a collection of 10 mini-mysteries that weave into one story filled with mystery, joy, humor and romance. As you join Finn and Annie in their adventures, you’ll meet a loveable cast of characters while you follow two people grow together. In these clean, heartwarming short stories by Wall Street Journal bestselling author Christopher Greyson, join Finn and Annie as they team up to solve mysteries and just maybe fall in love!

Finnian Church is trying to piece his life back together. After losing his leg while in the Army, he is starting a new career as an insurance investigator. Joining him is newly hired videographer, Annie Summers — a woman who lost her hearing but is trying to make it as a single mother of two. The world might see them as broken and battered souls, but as they come together to solve mysteries, they discover they make a great team. Join this unlikely duo as they investigate their way through murder, arson, theft, embezzlement, and maybe even love, seeking to distinguish between truth and lies, scammers and victims.