But Can You Grow A Loofah?

I see a lot of post apocalyptic books, and it occurred to me that I probably wouldn’t do so well if society collapsed and we went all Mad Max. I am a C+ person at best when it comes to having any skills. I can’t fight worth a darn and forget running from danger. I hate running and after two or three steps I am out of breath and the will to live. Sure I can garden a bit, but even my fruits and veggies are nothing all that impressive. Although I can grow a mean loofah, so I would be able to scrub dirty dishes and exfoliate. Do you still have to do dishes during an apocalypse? Yea? Greeeeaaaat. I better go perfect my loofah growing skills, because I certainly aint running. 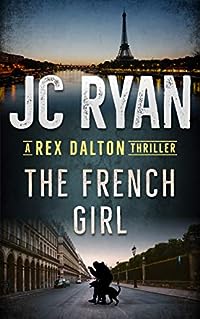 Rex Dalton and his best friend, Digger, the former military dog, are looking forward to a trouble-free holiday on the idyllic islands of Vanuatu in the South Pacific Ocean. Swimming, playing on the beach, fishing, and hikes. Nothing but the laid-back lifestyle for the two of them.

Then Digger introduces Rex to a beautiful French girl, not once, but twice. Soon, Rex and the girl become good friends. Then she disappears, and Rex is accused of having something to do with it.

Thus, begins a series of dramatic and life-threatening events with international repercussions with Rex, Digger and the French girl in the center of it.

THE FRENCH GIRL is a full-length novel, a nail-biting thriller by best-selling author JC Ryan. It is the sixth book in the electrifying new Rex Dalton series. 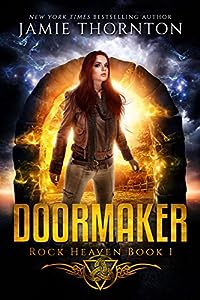 Three worlds are falling apart… but making portals is forbidden.
Can an untrained Doormaker save her family, and Earth, in time?

THREE WORLDS. ONE RULE. SHE MUST NEVER OPEN A DOOR.

Since before Maella can remember, one family rule has shaped her life: never open a door. Maella comes from a family of doormakers — people who unleash otherworldly violence when they open something even as simple as a cabinet door.

But when Maella is forced to open a portal she discovers worlds of nightmarish flying monsters, mystical drug deals, political prisoners, religious cults, and a terrifying prediction: Maella will die upon opening her seventh door. In order to survive, Maella must uncover her family’s secrets, all while hiding her identity and outrunning the prediction of her death.

But what do you do when the truth you need could destroy the universe?

Find out in BOOK ONE of the Doormaker series from New York Times and USA Today bestselling author Jamie Thornton. 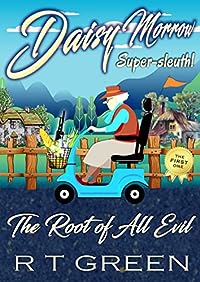 DAISY MORROW Super-sleuth!: The Root of All Evil: Book One of the Daisy Morrow series, a Cozy Mystery with a wicked side!
by R T Green

It all begins with a rose bush, mysteriously uprooted in the middle of the night. But when a midnight mission throws up something unexpected, things get an awful lot scarier…

According to Daisy, nothing is ever quite what it seems. In her case, that’s the truest thing ever spoken.

She moved to the village a few miles from Kings Lynn in Norfolk a year ago, after a very unfortunate incident in London made her decide village life was the best option. Now she trundles around on a mobility scooter (suitably upgraded by Aidan), even though she really doesn’t need to. She’s adapted to country life quite well, although she rather unkindly refers to the beautiful village of Great Wiltingham as the ‘place people go to wilt’.

Daisy is seventy-one now, and not at all like a pensioner is supposed to be. It might have something to do with the career she had before she retired. For some strange reason, trouble seems to follow her around. It’s been a peaceful twelve months settling into village life, but that’s about to end…
For Daisy, old habits die hard. After some strange goings-on and a murder in the village, she and Aidan, together with a young police-woman called Sarah, whose curiosity gets the better of her, set about solving the mystery.
They discover the village is being violated by some very unsavoury people, a fact Daisy has very good reason to hate, so she sets off on a personal vendetta against those responsible. Yes indeed, old habits die hard! 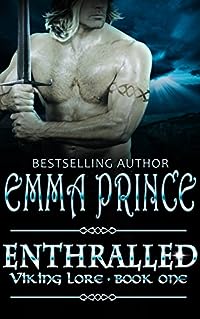 He is bound by honor…

Eirik is eager to plunder the treasures of the fabled lands to the west in order to secure the future of his village. The one thing he swears never to do is claim possession over another human being. But when he journeys across the North Sea to raid the holy houses of Northumbria, he encounters a dark-haired beauty, Laurel, who stirs him like no other. When his cruel cousin tries to take Laurel for himself, Eirik breaks his oath in an attempt to protect her. He claims her as his thrall. But can he claim her heart, or will Laurel fall prey to the devious schemes of his enemies?

She has the heart of a warrior…

Life as an orphan at Whitby Abbey hasn’t been easy, but Laurel refuses to be bested by the backbreaking work and lecherous advances she must endure. When Viking raiders storm the abbey and take her captive, her strength may finally fail her — especially when she must face her fear of water at every turn. But under Eirik’s gentle protection, she discovers a deeper bravery within herself — and a yearning for her golden-haired captor that she shouldn’t harbor. Torn between securing her freedom or giving herself to her Viking master, will fate decide for her — and rip them apart forever?

This full-length Viking historical romance is part of the Viking Lore Series, but also can be enjoyed as a standalone novel. Start reading today! 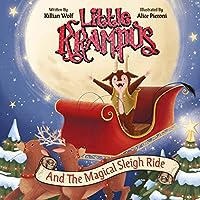 Little Krampus dreams of riding Santa’s sleigh.
When his father says no, he still sneaks away!
Is he doomed to be gifted with naughty-kid coal?
Or will Christmas magic get everything under control?