My outdoor Christmas decorations are up! Feels good to be ahead of the game. Don’t think I am nuts or anything. A lot of the houses in my neighborhood decided to put their decorations up early this year. For once I don’t look like the crazy one. The inside of my house still screams Fall and Thanksgiving, so please don’t think I skipped my favorite food holiday. I feel like this year is going to be extra special with three different kinds of potatoes being served. Come to think of it, I should stop eating now, so I can really work up an appetite by Thursday. HA… we all know that wont be necessary. If I go without food for over an hour I start wailing like a dying harbor seal. I will just be sure to have a light breakfast that morning, a small snack mid morning, skip second breakfast, a sensible lunch, and then a small snack at 1pm. Of course Thanksgiving appetizers at 2pm. That way I will have a good appetite for dinner at 3pm. 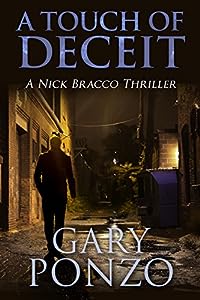 The Gripping Thriller That Launched The Award-Winning, Bestselling Series!

FBI agent Nick Bracco can’t stop a Kurdish terrorist from firing missiles at random homes across the country. The police can’t stand watch over every household, so Bracco recruits his cousin Tommy to help track down this terrorist. Tommy is in the Mafia. Oh yeah, it gets messy fast. As fast as you can turn the pages. 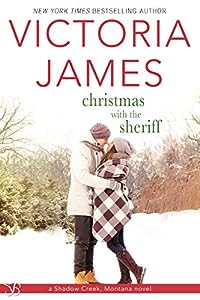 After fleeing her beloved small town five years ago, Julia Bailey is back to spend Christmas with her family. Returning is hard, but keeping the devastating secret about her late husband is even harder. Her place isn’t in Big Sky Country any longer… but the more time she spends with the irresistible Sheriff who saved her once before, and his adorable little daughter, the more Julia starts wishing she could let go of the past and start a new life.

Single dad and county Sheriff Chase Donovan had been secretly in love with his best friend’s wife for years. But after her traumatic loss he knew Julia needed to get away from Shadow Creek, even though helping her leave was the last thing he wanted to do. Now she’s home and he doesn’t intend to lose her a second time. Chase is going to prove to Julia just how good they can be together this Christmas… and forever. 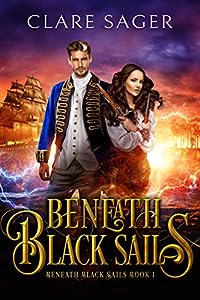 Beneath Black Sails
by Clare Sager

Pirate versus pirate hunter. To lose is death, but winning just might be worse.

With weather magic on her side, Lady Vice is the bane of the high seas, but she isn’t captain of her own ship. Yet. If she can persuade her captain to give her a command, she’ll be in charge of her own fate at last.

To pay off his family’s debts, Knigh Blackwood hunts pirates for the Royal Navy. And he’s damn good at it. When the bounty on Lady Vice grows, he’s determined to make her face justice, even if that means using unorthodox methods.

Forced to work together, neither can deny their mutual attraction. As they face battles at sea and schemes amongst their crew, they discover hints about a long-lost treasure that could be the answer to both their problems.

But treasure isn’t the only thing buried. Secrets best-forgotten lie in wait that could blast them apart. And the closer Vice and Knigh grow, the greater the threat – to her freedom and to his family. Because for one to succeed, the other must fail.

Buy Beneath Black Sails today to escape on rum-drenched adventures in a world where flags can lie, X marks the spot, and loyalties shift more than sand. 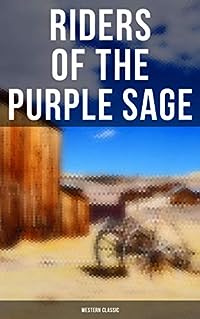 Riders of the Purple Sage: Western Classic
by Zane Grey

Riders of the Purple Sage tells the story of Jane Withersteen and her battle to overcome persecution by members of her polygamous Mormon fundamentalist church. A leader of the church, Elder Tull, wants to marry her. Withersteen gets help from a number of friends, including Bern Venters and Lassiter, a notorious gunman and killer of Mormons. She struggles with her “blindness” to the evil nature of her church and its leaders, and tries to keep Venters and Lassiter from killing the adversaries who are slowly ruining her. 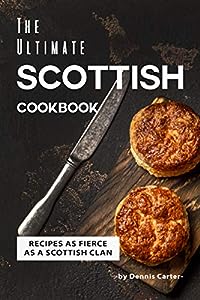 The Ultimate Scottish Cookbook: Recipes as Fierce as a Scottish Clan
by Dennis Carter

The Scots use what their fertile land and rough sea can produce to create some of the best dishes available. The lush soil and grass in Scotland are responsible for the rich Angus beef and some of the tastiest produce anywhere. They also love their whiskey and use it to add extra flavor to many of the recipes in the Ultimate Scottish Cookbook.

In addition, the Scots have a sweet tooth. Some of Queen Victoria’s favorite desserts are in the Ultimate Scottish Cookbook.

Delight your entire family with recipes called bubbles and squeak and cock-a-leekie. They are filled with healthy vegetables. The kids won’t even realize that these recipes are extremely healthy. Make eating fun again with the recipes in the Ultimate Scottish Cookbook.