Monday just about smacked me across the face this morning. It is amazing how quickly I got used to not having to get my baby bassets up and out the door for school. The alarm woke me up shrieking that it hates me. At least that’s how I interpreted the peppy little tune. Oddly enough, my second thought after thinking the alarm hates me, was that one of the best gift ideas is giving the gift of an experience, like tickets to the movies, a rock climbing center, or even a gift certificate to an escape room. I can’t stop thinking about that. Why are you telling me this brain? What do you want me to do? Maybe I should write that down so my brain can stop thinking about great gift ideas. It’s not December yet, no need to panic. 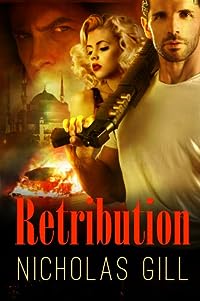 When a terrorist splinter group carries out a series of attacks on the West, an American intelligence analyst becomes involved in events far more closely than he could ever have imagined. Forced to witness a brutal murder at close quarters, and even closer to home, he vows to exact “retribution” – whatever the cost.
The analyst becomes the catalyst in unfolding actions and the novel becomes both a detective story to track the mastermind and an action thriller to take out the terrorist organization. Events build to a catastrophic climax; can an international crisis be averted? Can an elusive urban guerrilla be tracked and stopped? What will be the cost?
Fast paced and international in scope, this is the first novel in a series built around a set of realistic characters immersed in extreme circumstances. Technically accurate and well researched; this series of novels takes us into the world of ex Special Forces operatives’ now working in. the private sector.
These characters have taken on a life of their own and are telling me further tall tales – I’ll write them down as quickly as I can.
Read and enjoy,
Nicholas Gill. 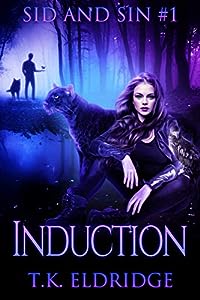 They weren’t supposed to exist.
Sidonie & Sinclair Boudreau were the offspring of a witch and a shifter. Such pairings usually resulted in death. Sid & Sin had not only survived, but thrived, and managed to sidestep the family legacy of supernatural policing. The disappearance of their parents changed everything.

A cryptic message, an ancient prophecy, and a mystery to uncover in order to bring their parents home puts the twins in the crosshairs of an enemy they didn’t know existed.

What would you do, to save those you loved? 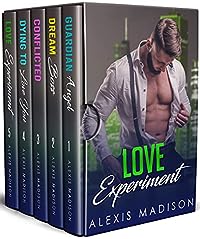 We chose to spice things up by attending a thrilling Halloween-night dinner party at a fancy mansion.

Little did I know that it would be equal parts murder mystery, escape room, and psychological experiment all rolled into one.

Yeah, it gets weird.

This murder mystery dinner party is over the top.

Or is the house trying to kill us?

All I know is that I’ll never let things get boring with Chloe again if we survive.

Book FOUR – Dying to Love You

When I run into my childhood crush, Max, I’m surprised.

And when he has a heart attack right before my eyes, I’m shocked.

But when he leads me on a sexual odyssey unlike any I’ve experienced before, I’m transformed.

I’m a famous writer with a smashing career and now someone is trying to kill me. Why?

But being with Tara after all these years brings out desires like nobody else could.

If we manage to survive, it will be our destiny.

Back in New York after my father’s tragic death, I want to know more about the company he built as well as my childhood crush, Jacob.

But I’m torn between my sister’s love and Jacob’s renewed affections.

It’s as if the universe is forcing me to choose between the two greatest loves of my life.

I’m determined to take my father’s company to new heights and do even more good than ever before.

But Harlow’s sister intends to walk off with a fat paycheck instead, and that’s to say nothing of the plot to seize control right out from under me.

If I’m not careful, I stand to lose it all – the company, my life… and my soulmate.

Do dreams really come true? They do once you meet Harrison.

But lately my dreams are getting more frequent and more frightening, ominous even.

It’s as if the universe is trying to warn me of something. But what?

My passion is to make the world a better place.

But somebody is determined to stop me, to keep me from achieving my goals and realizing my dreams.

I must discover who before we both end up dead, before I lose Leigh forever.

I never expected to fall in love on the job, least of all with a man I’m investigating for murder.

Problem is, he’s a prime suspect in my homicide investigation and also number one on Big Oil’s hit list.

It’s up to me to protect him – to be his guardian angel – whether he likes it or not.

If I fail, millions will die at the hands of Big Oil.

And now that I’m targeted by a rogue sniper, this pretty little brunette detective is my self-appointed bodyguard?

But I can’t allow my newfound affections for her slow me down and I refuse to let a price on my head get in the way of such important work.

EACH BOOK IN THIS BOX SET IS A FULL-LENGTH STEAMY STANDALONE CONTEMPORARY ROMANCE WITH AN HEA THAT WILL LEAVE YOU WANTING MORE. GRAB YOUR COPY IF YOU LOVE STRONG AND SEXY BILLIONAIRES. 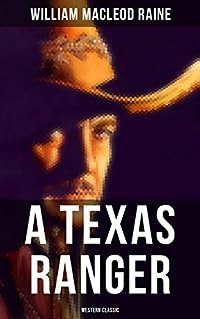 Steve Fraser is an honest deputy who is set on a task to capture the most wanted criminal who is on the run. But Fraser is bound to take help from other criminals and in the process ends up being labelled as a murderer himself. Can Fraser clear his reputation before it’s too late? Will he ever succeed in his mission and save the day?
William MacLeod Raine was a British-born American novelist who wrote fictional adventure stories about the American Old West. During the First World War 500,000 copies of one of his books were sent to British soldiers in the trenches. Twenty of his novels have been filmed. Though he was prolific, he was a slow, careful, conscientious worker, intent on accurate detail, and considered himself a craftsman rather than an artist. 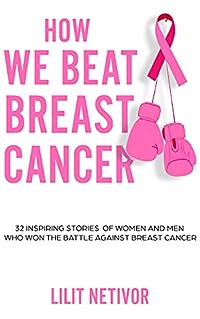 These heartwarming and inspiring stories by brave women and men who have survived breast cancer are a must-read for anyone personally or indirectly afflicted by the disease.

How We Beat Breast Cancer brings together the experiences, thoughts, struggles, and victories of unique women and men from all walks of life, who tell the stories of their battles with breast cancer. Their narratives portray both the good and the bad in a real, candid language, sharing everything from diagnosis, through treatment, to life with and after cancer.

This book will provide comfort and inspire hope and confidence in readers, and will be a wonderful and uplifting companion both for patients and their loved ones.