Nearly three thousand years ago, the Prophet penned the Song of Prophecy, foretelling a time when darkness would engulf the world and threaten all life. The Malatirsay would come, but there would also be a Chosen One to save the world of Dizhelim, wielding magic unseen in centuries. Immerse yourself in the world of Dizhelim! 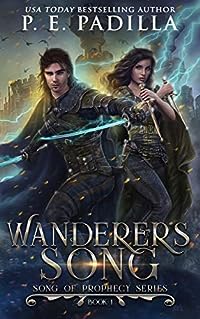 The one to crush the darkness…

To prepare for when the Malatirsay would come, the Hero Academy was built, its sole purpose to train the One. But it has lost its focus throughout the ages, not watching vigilantly for the signs of the end.

The time has arrived and the animaru have come, dark creatures of un-life, intent on snuffing out all living things and light itself. But where is the Malatirsay?

Aeden Tannoch, trained as a highland clan warrior, raised by the Gypta traveling people, could be the One, but he cannot use the promised magic. Yet. In the midst of the dark swarm invading his world, he must travel to the Hero Academy to seek the aid and tutelage of the masters there. The enemy has caught his scent and pursues him. If he doesn’t learn to use the power he is prophesied to employ, not only will he fall, but the entire world will die with him. 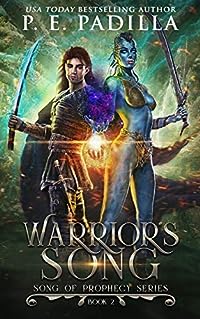 Against the odds, Aeden and his friends survived the assault on the animaru stronghold. More, the former enemy commander, Khrazhti, has joined them in their fight.

But new dangers are revealed, including a powerful human mage who is creating portals so more of the dark creatures can enter the world. Great numbers of animaru, a group of highly skilled assassins with orders to kill Aeden and his friends, and an old magic that marks the group so the enemies can more easily find them are only part of the danger. All this, and Aeden is still trying to wrestle his magic under control.

If there was any time for him to go to the Hero Academy for magical training, now would be it.

Unfortunately, the way is blocked.

The heroes race to keep ahead of their would-be killers, hatching a daring plan to escape to the north, to the Academy at Sitor-Kanda. If they can’t make it, the world may yet be inundated with dark monsters bent on destroying all light and life.

Click now to get book two in the Song of Prophecy series and join Aeden and his allies as they try first to escape death itself, and then to make it to the center of magical power in the world, their last hope in heading off the invasion before it’s too late.