Yesterday, with all of my Christmas ToDo’s done (except for cooking), and having a little free time, I decided that I wanted to make of list of all my plants with notes. I feel like I am not giving my plants the proper care such as pruning or fertilizing them at the right time because I just can’t remember the individual plant details. So I decided to start with making a list of the plants. I was actually having a super fun time doing it. I loved taking the time to look at each and every plant and just enjoy how much each adds to my garden. It was the ultimate in stopping to smell the roses kinda of situation. As I was blissfully bouncing around the garden returning every few minutes to my computer to update the list, hubby noticed what I was doing. OH NO. He knows I buy a lot of plants. It’s no secret. But I think seeing the list in black and white was a bit of a shocker. I quickly clicked “Save” and smashed that little X to close the page. YIKES! HEY BUBBY! Did you see I bought cookies????? 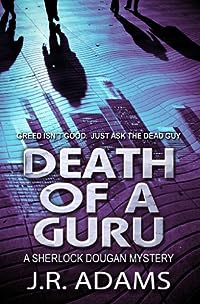 Death of a Guru (A Sherlock Dougan Mystery)
by J.R. Adams

NYPD Detective Sherlock Dougan hates his life and the name his father gave him. But what he hates even more is an unsolved crime.

When personal finance guru Rick Getrich is found dead on the floor of his company’s Manhattan office, Dougan and his partner, Detective Tom Heinrich, are tasked with finding who had the best motive to have Getrich killed.

The two detectives will soon find out that for every dead millionaire there could be a million reasons to commit murder.

Sam’s only wish is for his mother, Melissa Bartell, to find happiness and not be lonely anymore.

With Jarod Gregory’s arrival in her life, Melissa sees that Sam needs more than she can provide. He needs an adult male role model.

Joy must abide by the angel code of ethics. She wants to help Melissa and Jarod find true love, but can true love be forced, or does it just happen?

Will Melissa be able to conquer her fear of the unknown and take what Jarod is offering? A place to belong. A family and a love like no other. 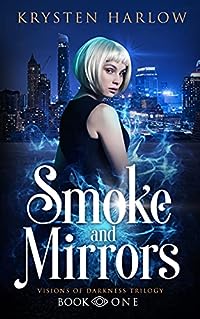 A masterful, apocalyptic game of cat and mouse…

Equipped with icy brilliance and esoteric knowledge, an untraceable orphan lends his mind to darkness itself, releasing prehistoric demons to do his bidding. The only one standing in his way? A girl endowed with the ability to envisage future events.

Along with her charismatic brother and a determined supernatural bounty hunter, Freya sets out to prevent a nightmarish catastrophe from being unleashed. But stopping unknown entities won’t be easy. Especially when she’s up against a legion of monsters.

Pitting herself against the wayward genius in a delightfully deft and diabolic clash of wits, a deadly showdown ensues.

One she has little hope of winning. One that may swallow the globe. 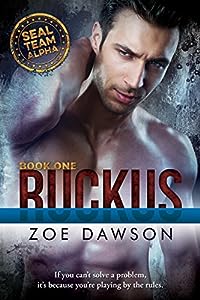 For U.S. Navy SEAL, Bowie “Ruckus” Cooper, going on a mission into the most dangerous place on earth wasn’t new, neither were the orders to tag and bag an international criminal, but when Bowie finds a captive American reporter, that wasn’t exactly run of the mill. Neither was getting separated from his team, teaming up with her or protecting her against all odds, while working to keep his hands from around her neck and off her delectable body.

Fearless and bold photojournalist, Dana Sorenson never backed down from a fight or to showcase her dedication to reporting on the human condition. That’s what she thought until she meets Bowie and big, bad, and tough takes on a whole new meaning. Gratitude for saving her ass gets lost in his demanding orders and fighting for her life takes a back seat to falling for this alpha male who’ll risk everything to see her safe.

Salem, Massachusetts has managed to build a thriving industry of tourism on the foundations of its dark past. But, beneath the seaside charm, bewitching shops, and seasonal surge of wannabe-witches and thrill-seekers, the ancient darkness still lurks. Oblivious to the brewing danger, Skye Temple buys a historic house in the witch capital of the world and on her first day uncovers a skeleton and ancestral diaries in her new home’s library. In escalating events of magic and murder, Skye discovers her true bloodlines and a familial birth task that involves guarding a powerful knife. Police officer, Jerome Phips, has been searching for answers to his mother’s disappearance for 30 years. She’d vanished during a ritual and none of the other coven members had information about that night. So, when he receives the phone call about a skeleton and its location, his heart beats with hope and fear that he might finally know the truth. As information unfolds and danger heightens, Jerome discovers Skye’s relationship with one of the people present during the disastrous ritual. Though anger and blame make it difficult to work together, Jerome and Skye must overcome emotions to prevent the darkness from returning and fulfilling its own long-awaited task. 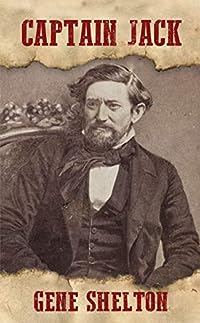 Jack Hays led from the front. He was the man who set the standard for Texas Rangers for decades to come.

He wasn’t a big man – five foot six, a hundred thirty pounds – but to the men he led into battle, he was a giant.

John Coffee Hays, native Tennessean and surveyor by trade, came to the Texas frontier when the region was still part of Mexico. He stayed through the era of the Republic and eventual statehood, riding with men like Sam Walker, Ben McCulloch, and Bigfoot Wallace, all of whom became legends in Texas history.

He freely admitted he wasn’t a crack shot with handgun or rifle. But in brutal battles against Comanche raiders, Anglo and Mexican bandits, and later against highly trained armies during the Mexican War, he was a born leader and military tactician, admired by his men and feared by his enemies.

During the war with Mexico, he was commissioned a colonel in the U.S. Army. But to the men he led, he was always “Captain Jack” – because to Texas Rangers, “captain” was the highest of all titles and honors.