I was being pretty smug yesterday. I finished all of my Christmas shopping a month ago because I knew many of the items on everyone’s Christmas lists were going to be harder to find this year. That’s including socks… SOCKS!  Last minute shopping just wasn’t going to work. Hubby made it very clear that he thought I was crazy and my baby bassets were right behind him laughing at me. I might be exaggerating a bit, but not by much. Well.. last night my oldest baby basset asked if I could take him to Target to find a gift for his friend. Target… on the Sunday night before Christmas. I seriously couldn’t ask for a better real life situation that would show that I wasn’t nuts after all. The store was packed with people and empty of gifts. It was nuts, and perfect for me to prove my point. While my poor son searched the store I followed him around silent and smug. SMUG SMUG SMUG!!! I was Ooozing smug. I even folded my arms across my chest smugly. Is there any other way to fold your arms? I let him suffer for a good 45 minutes. It felt great. Finally I stopped basking in the awesome smugness and advised my son that he might want to call his friend and plan to exchange gifts after Christmas. I had assumed correctly that his friend hadn’t shopped yet either. This morning I am still oozing smugness. i like this feeling. 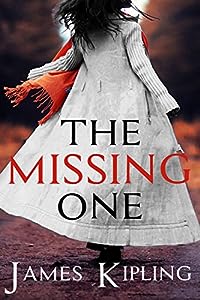 A genuine mystery read that will change your views of detective novels.

A gripping mystery and suspense story that will keep you on the edge of your seat!

Katrina Radha, a stunning nineteen-year-old aspiring fashion model, accompanies her father to New York as he attempts to hammer out peace between his native India and its long-time, international rival Pakistan. Hassan Radha thinks his daughter is simply a companion. Little does he suspect she intends to pursue a career on the catwalk.

In a chance meeting, Katrina stumbles into Jimmy Nolan, a promising photographer. They bond almost instantaneously.

Life seems on the upswing until Tango Cash, a malevolent and cunning criminal, unleashes a plan intended to set him up for life – to kidnap Katrina for $10 million. Once Katrina disappears, the FBI, led by self-service Special Agent Scott Ferguson, and the NYPD, spearheaded by Detective Clyde Davis, fight the clock to rescue her. 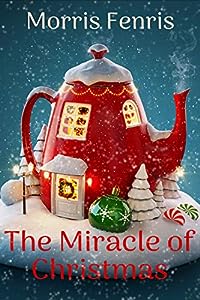 Christmas is the season of miracles…

Newlyweds Robert and Emma are deliriously in love and eagerly anticipating their first holidays as husband and wife. But how will they cope when work corruptions collide with moral codes and threaten to pull them apart?

Amidst creating their own unique holiday traditions, Robert faces a complicated dilemma at the airlines where he works. He must figure out what’s best for their future without crossing a line blurred by Emma’s hopes and dreams.

Caught up by changes and demands on her popular newspaper column, Fix It by Emma, she has her own set of struggles. But when her home life begins to deteriorate, will her response steady the foundation of their marriage or add more issues? 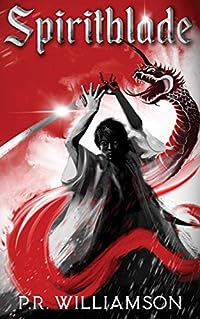 A young peasant. A dormant power. To defend his family, he must embrace a dark destiny.

Fifteen-year-old Yuji dreams of becoming a samurai and protecting his loved ones, even though he knows it’s impossible for a poor orphan to rise above his station. But when a bully attacks his sister, Yuji’s violent response reveals a powerful birthright and makes him a target for the mythical, terrifying yokai.

Forced to flee his village, he falls in with a suspicious lord who claims he’ll help. As the boy trains to become a legendary warrior, he must embark on a perilous quest that could turn him into a weapon. Yet trusting his benefactor to protect his village could put his family and the world in much more danger.

Will Yuji achieve his dream, or will keeping his loved ones safe require sacrificing his soul?

Spiritblade is a swords-and-samurai YA fantasy set in a world resembling medieval Japan. If you like honorable heroes, fast-moving plots, and ancient lore, then you’ll love P.R. Williamson’s evocative novel.

A long-lost airship with a deadly cargo…
In 1939 a secret airship departed Germany in the dark of night filled with some of the most influential people of its time, each carrying their most valuable possessions. One such item amongst them was as dangerous as it was priceless.

The airship never reached its destination.

In present day, former Marine troubleshooter Sam Reilly discovers a missing clue about the lost airship, triggering a violent treasure hunt against the most dangerous and ruthless men in the world today… … and time is running out. 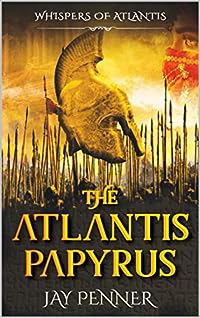 The Atlantis Papyrus (Whispers of Atlantis Book 1)
by Jay Penner

From the author of The Last Pharaoh series comes a thrilling tale of ambition and mystery.

King Alexander the Great has died without an heir and blood-thirsty generals circle each other, plotting for the throne and pieces of a vast and restless empire. But captain Deon has other worries — his ugly past has finally caught up with him, and now a vicious lender will sell his family to slavery if he does not clear his debt. Desperate, he accepts a mission from Alexander’s wily Royal Secretary in return for a generous reward.

Deon soon discovers that nothing is as it seems in the murky waters of succession. Deceived and threatened, he faces a stark choice: decode a secret with the power to bequeath the owner with the keys to Alexander’s throne and earn his family’s freedom, or let them die in the brutal gold mines of Ethiopia.

Assisted by a companion as skilled with languages as she is with a dagger, and pursued by forces that will stop at nothing, Deon must cross lands erupting in violence and find an astonishing mystery hidden for a thousand years. But the more he learns, the more he realizes that his actions will decide the life and death of not only his loved ones but also that of millions of innocents.

Bonus Google Earth Virtual Tour: When you finish the book, you will find a link that takes you on an entertaining short virtual “flyby” of all the major locations mentioned in the book, most of which are from historical references. Must for map lovers and history buffs!
Note:

Packed with twists-and-turns and painted with colorful characters, The Atlantis Papyrus brings excitement to well-researched ancient historical fiction. It is the first book of the Whispers of Atlantis series. Each book can be enjoyed as a standalone, even though they are connected across the ocean of time. No cliffhanger endings or forced sequels.