There seems to be a lot of cookies missing from the stack of cookies I baked last weekend. I know how much my family is eating because they make it no secret when they go in to grab a few. No. There are cookies missing overnight. I hate to point fingers, but the Elf on The Shelf seems to be getting kinda fluffy for a guy who flies back to the North Pole every night and returns in the morning. In fact, I find it kinda suspicious that he is so dry for a guy whose been flying in this heavy rain we have had for the last two days. Not a drop of water on the guy. Okay, fine. Let’s call it magic. But he is looking a bit too much like Santa if you know what I mean. I guess I wouldn’t have a problem with any other elf, but this guy gives me the creeps. Watching all the time. It’s not right. 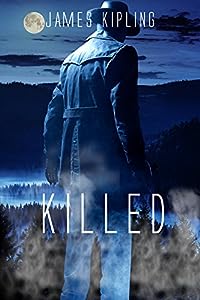 Will he be able to stop the killer? At what cost?

Jake Walker has pressures coming at him from all sides. A long-time homicide detective for the city, he’s also a divorced father of three kids. With the kind of work he does, family life often takes a back seat. This is certainly the case when the bodies of the most outstanding players on the State University football team start being discovered brutally murdered.

Why would anyone want to murder these guys? Detective Walker has to put family and everything else aside to solve these crimes before anybody else falls victim to this vicious killer who the press is now calling The Card Counter.

As each victim turns up, the case becomes more traumatic and bizarre. The killer clearly has a point to make, and will continue to make people pay with their lives… until Walker and the rest of the city gets it!

Find out who is murdered next, and follow Detective Walker until he uncovers the truth behind these killings, and the twisted motive for this murderous rampage.

If you enjoy gripping crime thrillers full of twists, be sure to check out other books by best-selling author James Kipling. 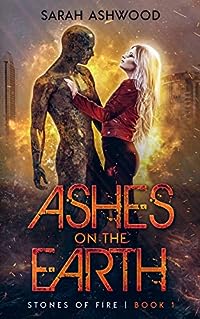 Ashes on the Earth: An urban fantasy and Greek mythology shifter series (Stones of Fire Book 1)
by Sarah Ashwood

“This was a war between monsters. And I was caught in the middle.”

Nursing student Ellie St. James didn’t mean to get involved in a war between rival gangs of shifters, but saving the life of a local mob boss’s child has dragged her into one. When Ellie’s life is threatened because of her involvement, she’s forced to go on the run, protected by Carter Ballis, head of security for the mobster’s family, and a lethal shifter himself.

Blood, fire, and warfare weren’t part of Ellie’s plans, but even if she survives, her life will never be the same. The world is more than she knew, and she’s seen too much. People capable of morphing into deadly creatures from legends and folklore around the globe are coming for her.

The cost of staying alive means trusting Carter to defend her, and he’s every bit as frightening as the creatures that want her dead…

*Fans of werewolf and shifter urban fantasy, paranormal mysteries and thrillers, detective stories, and mafia romance will love this genre mix, which includes the most unique shifters you’ve ever seen.* 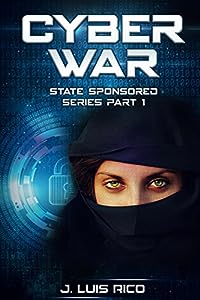 The ISLAMIC REPUBLIC OF IRAN has long felt a strong hatred against the UNITED STATES (Little Satan) and SAUDI ARABIA. Beginning in 2011 Iran’s hate spilled onto the Cyber front with two very well coordinated State Sponsored attacks. Attacks that left Saudi Arabia reeling and suffering tens of billions of dollars in lost production and revenue. These attacks also left the UNITED STATES AIR FORCE scrambling to defend against a potential disaster on the Cyber front.
Author J. Luis Rico leads the reader through the high wire Cyber world of State Sponsored attacks and retaliation. His expert attention to detail reveals exactly how these attacks occur and how they are defended against. Real world examples of SQL injection attacks, real world Active Directory database decryption exploits and lateral movement using dedicated and specialized hacker tools are accurately woven into the Cyber thriller. This is a must read Cyber Thriller if you are an IT professional. It is a page turning education in how bad guys attack on the Cyber front; their methods, their tools and their process. It is also an exceptionally well written thriller that stands on its own separate from the IT practitioner audience. 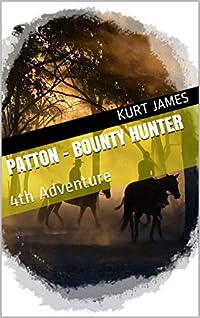 Something didn’t feel right, there was something different from before. This damn canyon and its tricks on my thinker had my mind buzzing, looking for a sign, looking for clues. Then it hit me like a shovel to the head. Looking westward, then skyward, then eastward — it was the wind. The wind had changed — it was no longer blowing east to west. The canyon wind had reversed and now was blowing west to east. Why there was no more scent in front of us is because the demon bear was no longer in front of us — he was now behind us using the wind to hide his scent. Diablo as cunning as he was had used the mountain wind to his advantage. We were no longer the hunters; we had now become the hunted. 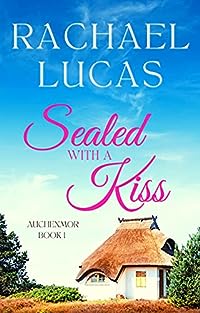 She’s escaped to a Scottish island to heal her heart. He’s a grouchy Laird who definitely isn’t looking for love.

So why do sparks fly whenever they’re together?

Kate is dumped on her best friend’s wedding day by the world’s most boring boyfriend, Ian. She’s mostly cross because he got in first – until she remembers she’s now homeless as well as jobless. Rather than move back home to her ultra-bossy mother, Kate takes a job on the remote Scottish island of Auchenmor as an all-round Girl Friday. Her first day is pretty much a disaster: she falls over, smack bang at the feet of her grouchy new boss, Roddy, Laird of the Island. Unimpressed with her townie ways, he makes it clear she’s got a lot to prove.

Island life has no room for secrets, but prickly Roddy’s keeping something to himself. When his demanding ex girlfriend appears back on the island, Kate’s budding friendship with her new boss comes to an abrupt end. What is Fiona planning – and can she be stopped before it’s too late?

This funny, big-hearted novel is the perfect read for fans of Jenny Colgan, and Katie Fforde.