The Soldiers of Earthrise: The Complete Series by Daniel Arenson 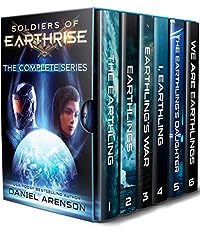 Soldiers of Earthrise: The Complete Series
by Daniel Arenson