15th-century Scotland, the country in turmoil and nears civil war as the Stewart Kings struggle with enemies at home and abroad. The Stewart Chronicles J. R. Tomlin is a vivid historical series filled with danger and intrigue. Enjoy! 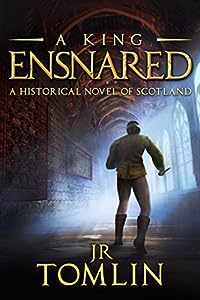 Young James Stewart, the heir to the throne of Scotland, is in mortal danger. His father, King Robert III, is dying, and King Robert’s half-brother, the Duke of Albany, is plotting to seize power. James is forced to flee Scotland and his murderous uncle. Captured and imprisoned by the English, he grows to be a man of contradictions: a poet yet a knight, a dreamer yet fiercely driven. Hardened by his years in the Tower of London, James is determined to regain his freedom and end the Duke of Albany’s misrule. But to do so he must defeat King Henry of England… 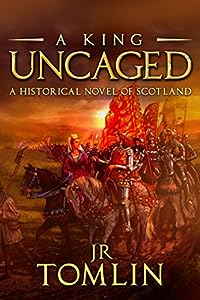 A King Uncaged: A Historical Novel of Scotland (The Stewart Chronicle Book 2)
by J. R. Tomlin

At last after long years of English imprisonment, Scotland’s King James I negotiates the terms of his release and of his marriage to his beloved Joan Beaufort. But he returns to a Scotland in chaos. Surrounded by plots, intrigues, and rebellions, James struggles to restore order and survive attempts by his family to overthrow him. Above all, James fears that his life and his own dream — of a Scotland at peace with a strong parliament — might be lost to his family’s greed for power. 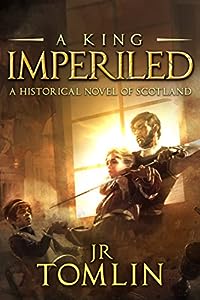 A King Imperiled: A Historical Novel of Scotland (The Stewart Chronicle Book 3)
by J R Tomlin

Scotland, 1436: King James I has been assassinated, his heir is a six-year-old child, and the country could be destroyed by civil war. The queen is determined to retain control of her son. The chancellor is determined to gain power by seizing him. The powerful Douglas clan has plots of its own. Into this quagmire steps Sir Patrick Gray: young, untried, and caught between irreconcilable loyalties. As Master of the King’s Guard, Sir Patrick’s duty is to protect the king, but in such a chaotic time, it is impossible to tell ally from enemy. Whom can he trust and at what cost? 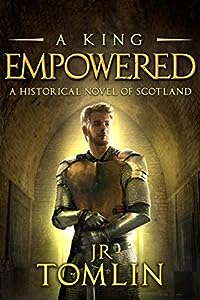 A King Empowered: A Historical Novel of Scotland (The Stewart Chronicle Book 4)
by J R Tomlin

At last, James, King of Scots, the second of that name, is approaching manhood, intending to fulfill his duty to the realm. Controlled by regents determined to hang onto power, he struggles to gain the strength to oust them. When the leader of the mighty Douglas clan moves to betray Scotland to the English, James must put aside his youth and defend the crown. Facing war with the Douglases, the threat is not only to his life and that of his young queen but to the very survival of the kingdom.