This incredible collection of clean romantic suspense books written or co-authored by Vickie Britton and Loretta Jackson, a sister co-authoring team, are popular library selections that are a must have for readers seeking romance and suspense. Grab you copy today! 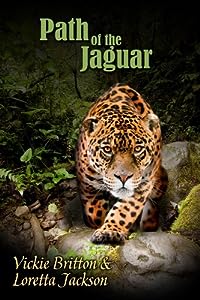 Path of the Jaguar: Clean Mystery and Romance set in the Mayan Ruins in Mexico.
by Loretta Jackson, Vickie Britton

When Lennea Andrew’s traveling companion, Delores, mysteriously vanishes in the bustling Mexico City airport, Lennea has no choice but to trust handsome Joseph Darrigo, who gallantly comes to her aid. The handsome, dark-eyed stranger helps her get through customs and escorts her to Merida, where she is to work with renowned archaeologist Wesley Hern.

When Lennea finds a large amount of money in a secret compartment in Delores’ luggage, she becomes tangled in a web of intrigue. Where did the money come from? And what of the handsome stranger Lennea has come to trust? Is Joseph Darrigo really who he claims to be, or is he, along with Delores, involved in some illegal scheme? 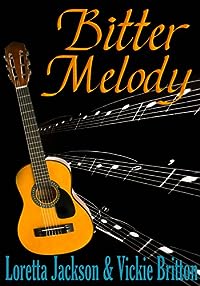 When Elaine Sands auditions as a singer for the Wind River Band, her wildest dreams seem to be coming true. But soon it is clear that someone is out to ruin her success. During her first night on stage, Elaine barely escapes receiving a fatal electrical shock. Threatening phone calls suggest she has become the target of some obsessed fan. Yet Elaine notes undercurrents of resentment directed at Rex Tobin, handsome singer and part owner of Craft Music Productions. Rex, not Elaine, might be the actual target. Elaine is shattered when she finds out Rex has a reason to want her out of the way-and may have hired her for the sole purpose of staging her death. What started out as a once-in-a-lifetime adventure suddenly becomes a tour of fear. 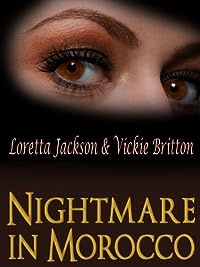 A frightening childhood experience has made tour guide Noa Parker vow never to return to Morocco. The terror of getting lost in the endless, narrow passageways of the medina in Fez still haunts her. Noa is prepared to refuse her boss’s offer to lead a new group into Morocco until she meets persuasive, charming tour manager, Taber Rand. Suddenly, she finds herself looking forward to the adventure.

Shortly before the tour begins, tragedy strikes. Noa’s brother dies unexpectedly, leaving her custody of his willful teenage daughter, who joins her on the tour. Trouble follows when members of the tour group are robbed, but Noa soon finds her very life is at stake. Unable to trust Taber, Noa must discover the identity of a hooded attacker. In the dark medina, Noa must face her childhood fears and a very real assassin. 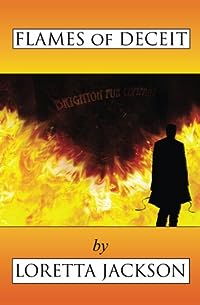 Flames of Deceit
by Loretta Jackson

Fire blazes around Sonya Brighton when she returns to Linnville, Kansas, to visit her uncle Alex and settle her father’s estate. First the Brighton Warehouse, in which Sonya is a partner, burns. As she investigates, fire rages again–this time to cover up an attempted murder. And, to Sonya’s dismay, her uncle has become estranged from his stepson, Dan Rathmell. Dan’s mother died recently, and Alex, stricken with illness, hastily remarried an opportunist, who, with her sister and brother-in-law, has taken over the Rathmell house. 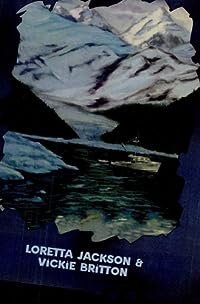 When Ara Londell contacts her father, who she has never seen, he directs her to meet him aboard an old freighter, the Sea Rogue, that sails the arctic waters of Alaska. Ara, angry over her father’s failure to show up, soon believes a sinister reason exists for his strange disappearance.
As the old freighter continues along the isolated coastline towards Nome and the Arctic Circle, Ara believes it is on some dreadful mission. When someone tries to kill her, she confides in handsome Marc Stewart, who attempts to convince her that she must give up her search for her missing father.

Marc fails to tell her that he and her father are business associates, and when Ara finds out, she suspects that Marc is playing some major role in the danger that she faces. She is more determined than ever to solve the mystery, but finds herself all alone on a terrifying voyage.